DIPOLOG CITY–Jasmin, Jana and I, our trio family of Js, are here in the Sardines Capital of the Philippines because Jana, our 12-year-old only child, is representing Region VII in the 54th Palarong Pambansa. She’s playing elementary tennis.

PacMan last Sunday? Yes, we watched. Together with the Cebu tennis team, a dozen of us gathered inside the guest house of the Montaño family–the relatives of my mom and the owners of the famed Montaño Spanish Sardines. Like tens of thousands of other gatherings nationwide, we huddled as one Filipino family to rejoice in the victory of The Great One. 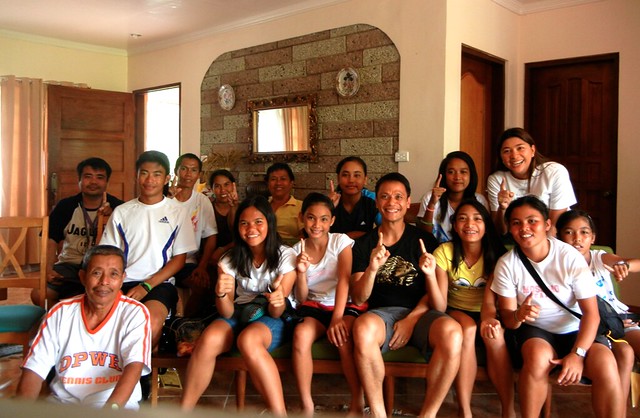 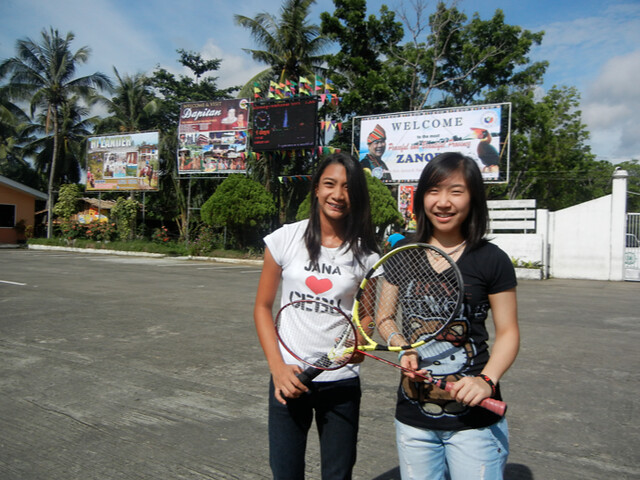 Yes. While Jose Rizal, our undisputed national hero, is celebrating his 150th year in nearby Dapitan City, we, too, are celebrating our 21st Century hero who sports the haircut of Jose Rizal (or is it Bruce Lee? or Justin Bieber?).

The fight, as we all agree, was boring. We had gotten used to MP wounding and inflicting blood and swollen eyeballs on Oscar and Margarito and Ricky and Diaz. Two days ago, it was ala Clottey. “He ran and ran,” said Manny. “He felt my power but did not want to stand with me. He wanted to get through 12 rounds. I thought he would fight toe to toe for at least five rounds, and then test our power and stamina. What am I going to do if my opponent does not want to go toe to toe? I’m disappointed for the fans.”

At the very end of the career of this nearly 40-year-old man was a strategy: to preserve his “I’ve-never-been-KOed-before” resume. After the third round, when Manny pummeled him with a left swing, this “Please, Manny, please, no knockout” plea was reinforced. Mosley backpedaled. He avoided Manny like Tommy and Mike would avoid each other. (Mosley landed only 82 of 260 punches; worse than Clottey’s 108 of 399 punches against MP.)

Pacquiao, himself, was unimpressive. He was too conservative. He wanted to win — not, as Bobby Inoferio would term it, by “Hattonizing” Mosley, but — via points. He was not the Mike Tyson we know. Maybe he was fearful of Mosley’s right fist. Maybe he had cramps. (But, seriously, cramps in the fourth round?) Whatever the reason, he wasn’t Thor Manny, whose left arm is a hammer. Some speculate it was overtraining. If we look back at this training camp of MP, it was, as Ariza and Roach would say, “the best training we’ve had.” One extra week was added to the schedule. There were zero distractions. No Krista Ranillo. No Ara Mina. No swimming pool training sessions. No gambling at the Waterfront Hotel’s private room.

Rep. Pacquiao, the now-good boy, wasn’t used to this. He was too clean, too focused. He was even too nice. (Can MP get a little nastier, at least on the ring? Just kidding.) Maybe Manny always needs pre-fight distractions? Ever the multi-tasker, maybe he needs more TV sitcom tapings, more Manila weekend night-outs. Maybe he needs to train, like he did for Barrera in 2007, complete with every-Sunday basketball sessions against our sportswriters group… here in Cebu.

On the more serious note, I like the analysis of CITOM Chairman Jack Jakosalem, a good friend of MP and an astute fan who never fails to watch (and record, in 1080p HD video) all the local boxing gigs. “I know many were disappointed,” said Jack. “But you have to remember that Mosley and Pacman are two of the most experienced boxers. They know that there’s no room for error. They could not be too aggressive because both have great speed and power. Pacquiao realized this when he saw Mosley knock Margarito out in nine rounds while it took him all 12 to get a UD. Mosley saw it when Pacquiao stopped Cotto in the 12th round while he lost to Cotto. At least we are now convinced that Pacquiao is better than Mayweather. Both fought Mosley and Mayweather didn’t dominate even close to the way Pacquiao did.”

I agree. So, I’m sure, do you. Manny vs. Money will end up with our own besting that loud mouth. However scared Floyd is, I am confident that 2012 — an Olympic year — is that moment when M & M will battle. I’ll go and watch the show. I hope Floyd shows up, too.