Calling on all awardees of the 29th SAC-SMB Cebu Sports Awards: the annual honoring of our island’s best is this Saturday, Feb. 19, from 3 to 5 p.m. at the Activity Center of the Ayala Center Cebu. Everyone is requested to be at the venue by 2:15 p.m. Attire is semi-formal wear or, if that’s too formal, honorees can come in their athletic uniform (except the swimmers!).

San Miguel Brewery is the lead company helping. Also, this 2011, the following have come forward to support: Aboitiz Equity Ventures, Smart, Rudy Project, Citigym, Air 21 and M. Lhuillier. If you’re an awardee, please call Sandy or Emma at 4161122 local 100 or 112 for more details. See you.

Joining the 12K distance, there was plenty to commend with the event organized by Dr. Potenciano “Yong” Larrazabal III. The full closure of both lanes of the SRP. The P30,000 first prize for the 21K winners (which was just as large as the Condura Run in Manila). The passage beside Plaza Independencia and the Malacañang sa Sugbu. The unlimited water supply every kilometer. Best of all, the God-given weather. Late Saturday evening and early Sunday, it poured. But, as God smiled down upon those who took good care of their bodies through exercise, He gifted the runners: no rain until past 9 a.m. when the participants had finished.

Steve Benitez ran his first 12K. The owner of Bo’s Coffee had never previously joined a 10K race. The appeal of running the SRP–plus the prodding of Mike and Joyce Fernan, who also comfortably ran the dozen-kilometer distance–convinced Steve to run. Congratulations also to the tandem of Noy and Amale Jopson, the first-placers in the 12K couples category. Another SM Run is targeted for October.

To doctors Yong Larrazabal and Peter Mancao–and to the entire SM team–well done! 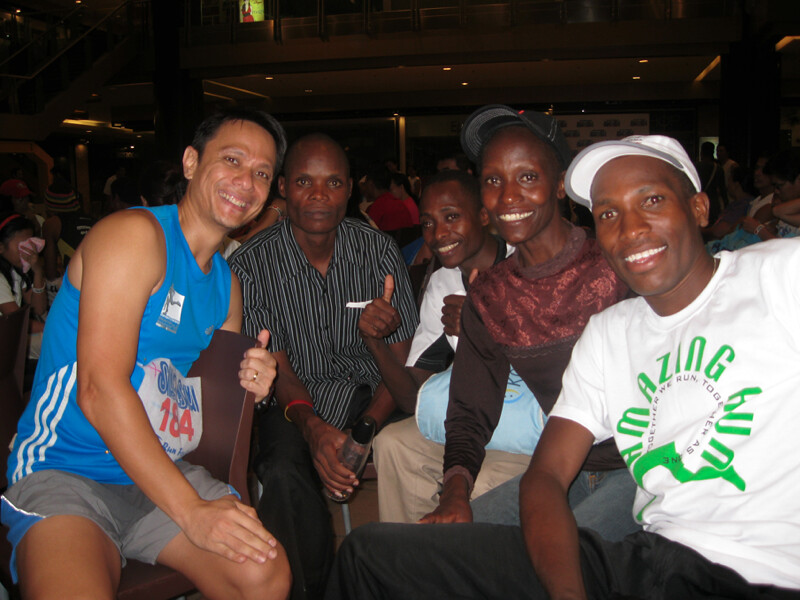 With the Manila-based Kenyan runners after the SM run

CERC. Roy Trani is the new president of the Cebu Executive Runners Club. After many years at the helm of the running group founded in 1997, Jesse Taborada (now the Vice-President) turns over the leadership to a fellow marathoner. The other officers include Kenneth Casquejo (Secretary), Steve Ferraren (Treasurer), Dodong Sulatre (Auditor), Jacs Jacalan (Sgt-at-Arms) and myself as PRO. The “Council of Elders,” not chosen because they’re the oldest, include Dr. Abraham Manlawe, Roel Militar, Dr. Albert Santos and Dr. Vic Verallo. The main project of the CERC, of course, is the Cebu Marathon–slated on Jan. 8, 2012. Congrats, Roy!

BIEBER OR BRUCE. Plenty have commented that, with his new, full crop of hair, Manny Pacquiao looks like Justin Beiber. Is our Pinoy trying to copy the looks of the heartthrob of American music? 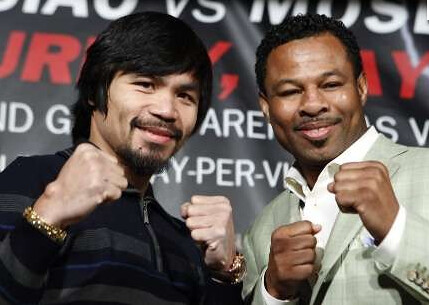 “That is a very good question,” Rep. Manny answered in response to a press conference query. “Bruce Lee is my idol. That is why I have this haircut.”

I agree with Pacman. His looks–more so, his quick bursts of punches and flurry of ra-tat-tat blasts–resemble that of the King of Kung Fu.

OPERATION SMILE RUN. If you’re targeting both to get physically fit and to help the needy, join this weekend’s Operation Smile Charity Run. The proceeds go to support the Operation Smile Cebu Mission Year 14–which begins the next day, Feb. 21, at the V. Sotto Hospital when free reconstructive surgeries will be performed to correct cleft lips, cleft palates and many other facial deformities.

Mariquita Salimbangon Yeung started Operation Smile in Cebu more than 12 years ago. Since then, over 3,000 children and young adults have had positive changes to their lives.