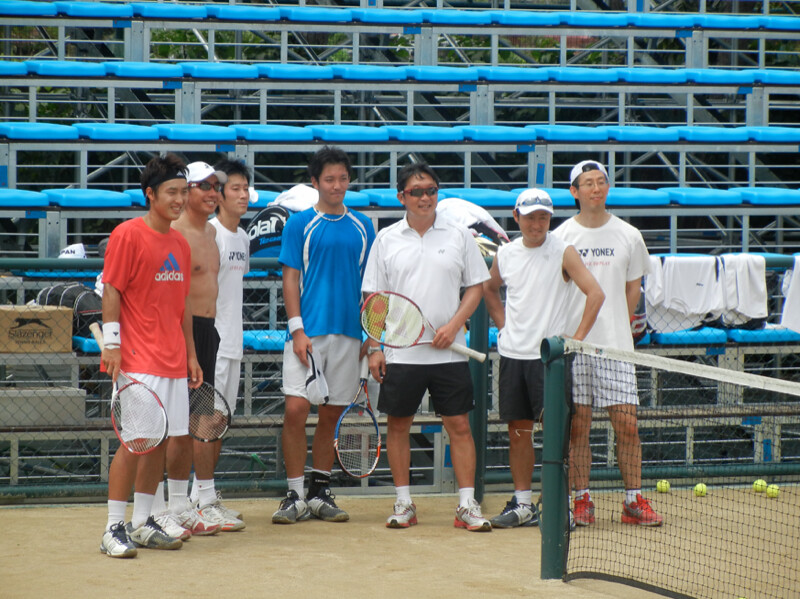 For nearly an hour yesterday morning, I watched the Japanese players practice. They wore Yonex, a Japanese brand. Go Soeda, their No.1, donned a bright red shirt. His forehand and double-fisted backhand were just as bright: cross-court, down-the-line—he could pound the yellow ball to any corner. Their second-ranked netter, Tatsuma Ito, wore blue. Tall at 5’11”, his serve boomed. It echoed around the newly-build stadium of Plantation Bay. He’ll be a formidable and tall sight for our Pinoys.

Good thing the sun reappeared yesterday. After a full day of rain last Sunday, it was outdoor-court practice time for the players. The Japanese practiced from 10 a.m. until 12 noon. Our Filipino Davis Cuppers took the court from 2 to 4 p.m. After that, it was back to the Japanese. That’s how it will be today until Thursday—two hours alternating time until Friday’s “The Battle of Mactan.”

On paper, give the edge to the visitors. Go Soeda, based on the Davis Cup website, is ranked world no. 108. That’s high. His teammate, Tatsuma Ito, is world 168. Their third player, Yuichi Sugita, is no. 175. 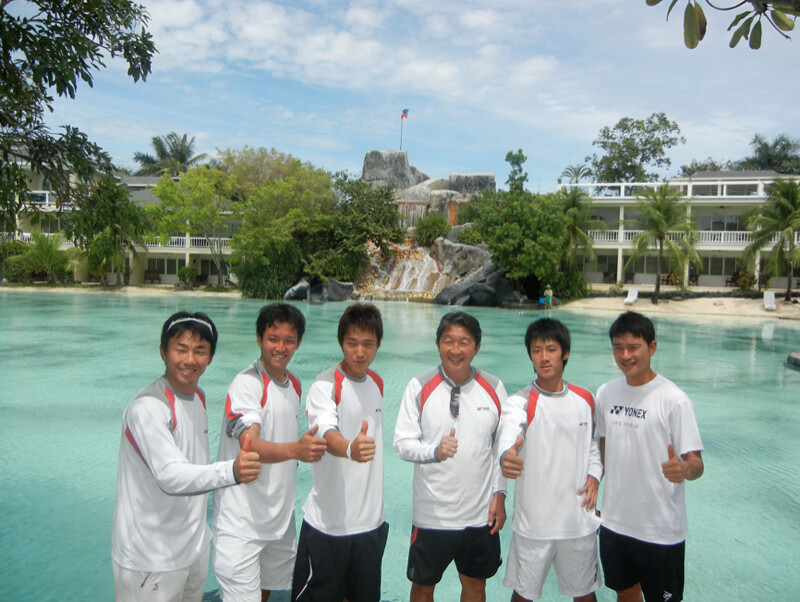 Check out the flying flag on top of the waterfalls

The Pinoys? Cecil Mamiit, who had a ranking as high as no. 72, is now at 738 in the world. Treat Huey (doubles ranking no. 101) sits at 886 in singles. Based on numbers, we lose. But Davis Cup is not about numbers. So many a DC tie I’ve witnessed where—given the external factors (climate, surface, cheering/home court)—a much higher-ranked player succumbs to the pressure and wilts. He loses.

As a Filipino, we hope this happens. We hope, like Manny Pacquiao, who rose from obscurity to defy every handicap facing him (remember how we thought Oscar de la Hoya would destroy MP?)—we hope for the same from Pacquiao’s countrymen in tennis. Or how the Azkals—anonymous before last December—have now transformed into the darlings of sport. The ball is round. The sun, too, is round. We hope these two combine like doubles partners to weaken the invaders. 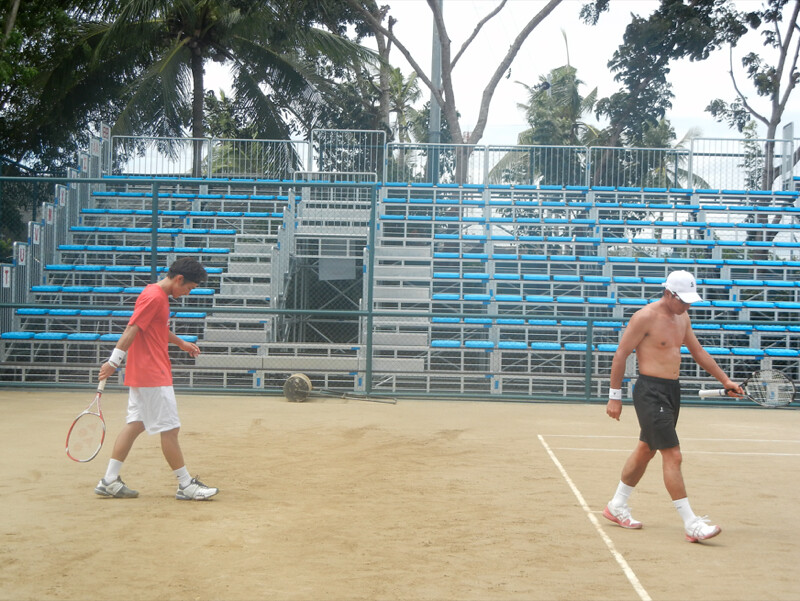 Looking down? We hope so.