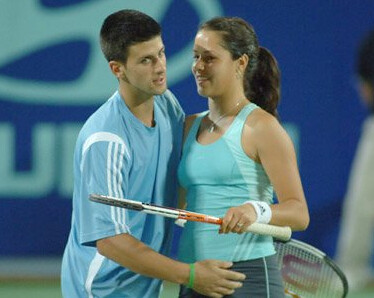 With his beauteous girlfriend Ana Ivanovic seated in his box, Novak Djokovic, the new No.1 player in the world, is sure to win the career Grand Slam this 2011. (I’m joking. But, seriously, don’t you think a Novak-Ana off-court relationship makes a perfect pair?)

The truth is this: Nobody–not even a healthy Rafael Nadal–could have beaten the Serbian superstar at the recent Australian Open. He beat Thomas Berdych in three sets. He dismantled Roger Federer the same. He obliterated Andy Murray last Sunday.

Poor Murray. I cheered for him. So did millions in England and Scotland and, I suspect, millions more (than Novak) worldwide. It was Andy’s third Grand Slam final try and he’d have been the first from Great Britain in 75 years (since Fred Perry) to win a major.

Queen Elizabeth II will have to wait. Because this week, Serbia and it’s 7.5 million people are drinking vodka. Djokovic won for his nation their first-ever Davis Cup last December. Add the Oz Open to his trophy collection.

And so now, from the usual R & R rivalry, it’s The Big Three. Like Bosh-Wade-James in Miami, it’s the trio of Novak-Roger-Rafa in tennis. To me, the question isn’t “Will Novak become No.1?” It’s this: When? My guess is… soon. But, not too soon. Let’s not forget, the clay court season is near and we know who dominates. Last year, Nadal won his French Open title No. 5 on clay. Like you call your house your home, Rafa’s home sits on that clay court.

Still, when Rafa, 24, will be decapitated with his myriad of injuries, and when Roger, 29, will want to play with his twin daughters, Myla Rose and Charlene Riva, more than Slazengers, then the 23-year-old Djokovic will reign in Tennisdom.

Today, his crosscourt forehand is stunning; his down-the-line backhand–the ATP Tour’s best–is offensive; his serve is miles-per-hour faster; his defense (did you see those lob retrievals?) is breathtaking; and, best of all, his wife-to-be Ana Ivanovic is the prettiest woman on tennis shoes. (Ha-Ha. Mike Limpag and Maria Sharapova will disagree.) 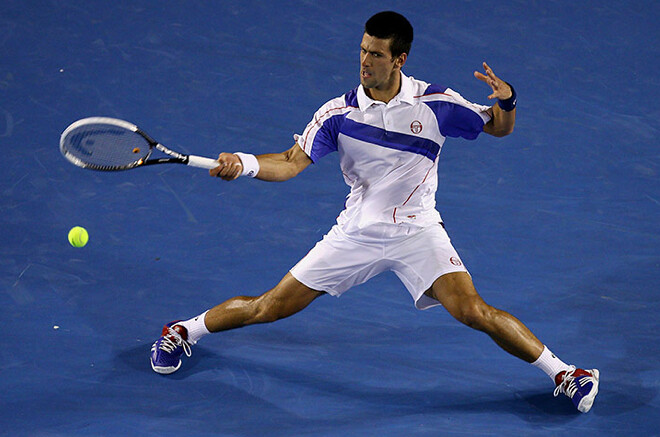