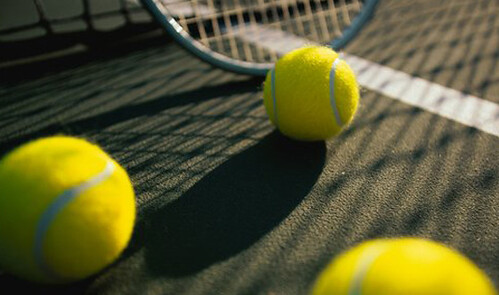 This 2011 is my 25th anniversary. It all started in 1986. Our family relocated from The City of Smiles to the Queen City of the South. From a basketball-loving Bacolod resident, my sports focus transformed into tennis in Cebu. Since then, I’ve had a stadium-full of memories of tennis: Shaking Pete Sampras’ hand with Roger Federer beside him in Kuala Lumpur. Reaching the No.5 juniors ranking, nationwide. Being conferred the Sportsman of the Year award in 1999 for uplifting the sport. Snapping photos of Rafa Nadal’s Olympic gold victory in Beijing. There are hundreds more… But, above all else, the reason why Tennis–to me and to millions–is so loved and revered is because of this: You can play the sport.

There are dozens of games shown on ESPN or Balls TV that we follow: The UFC. NBA. Baseball. European football. The X-Games. These are terrific sports. But many of them we’re unable to play. Or, we cannot play until the late years of our lives.

Tennis is a game you and I can play. It’s not difficult. It’s a recreational activity that 77-year-olds can enjoy. It’s a game a seven-year-old girl can learn. It’s a lifelong sport. Also, tennis is both social and one-dimensional. At dozens of clubs from Pardo to Suson to Mandaue to Casino Español, players congregate. Doubles pairings abound. People slice backhands at Baseline. Rep. Eddie Gullas plays doubles with today’s birthday celebrant, Mark Yang, at the Cebu Country Club.

Friends laugh, joke, swing racquets, smash, drink San Mig Light, lose P250, hit drop shots… all with friends… all on the same rectangle played on by the Federers and the Nadals. Tennis is social. It’s individual. This afternoon starting 4:30, it‘s the Australian Open final between Novak Djokovic and Andy Murray. That’s one-on-one. Nobody (no coaches or girlfriends) is allowed on court except the Serb and the Scot. That’s like boxing–except Pacman listens to Freddie Roach after every 180 seconds.

Not in tennis. Once inside that court, you’re alone. Nobody else you can blame–or applaud, if, like Djokovic, you’ll win tonight–but yourself. See the beauty of this contrast?

Which brings me two more contrasting points. One, “the good news.” No bigger tennis event in Cebu has happened in our existence. The “Japan vs. Philippines” Davis Cup is a must-watch activity. Slated from March 4 to 6 at the Plantation Bay, tickets are now available at Nike Stadium in SM City and Planet Sports in Ayala Center.

As a player, organizer, and lifelong aficionado, this is the best tennis news I’ve heard. This is good. Now, the bad: Our lack of a tennis center. I hope Congressman Tommy Osmeña is reading this. Or, when he arrives from Japan, Mayor Mike Rama. Or any other top official who cares about sports.

Let’s build that CEBU TENNIS CENTER. Manila has dozens, including our “national headquarters,” the Rizal Memorial. Cagayan de Oro has one. Same with Subic.

Cebu? Can I laugh? Or cry? The biggest venue we had, the Cebu Tennis Club, was “confiscated” by the Provincial Capitol (OK, we lost the court case) over a decade ago. That club housed five courts. Just two months ago, the Sancase Tennis Club and its four courts were “sequestered” by the priests of San Carlos. Now, we’re down to Country Club’s three rectangles. Plus, Consolacion’s three hard-courts plus three-clay courts. Other than that, we have one court here, two there…

A 10-court complex complete with a Centre Court is what Cebu needs. Yesterday. Tomorrow, we hope to see it. Why not at the SRP? Yes, why not? Lapu-Lapu City, thanks to the energetic Harry Radaza, envisions a Sports Tourism hub in Mactan. With the backing of Mayor Paz Radaza, a complex might rise in the island where Magellan was killed. Gov. Gwen Garcia might help. How about a “joint complex” of volleyball and tennis courts? The two sports have nearly identical court dimensions.

My point is this: Let’s build this. For, like tennis, we remind our dear public officials… “He who serves best wins.”