Tiger Woods is Marko Sarmiento. Both have one trait in common. No, Marko is obedient while Tiger is, well, naughty—so it’s not that. They’re similar in another way: The way they obliterate that golf ball off the tee mound; each averaging 290 yards!

I asked Marko how he does it. “I guess being a skinny Asian kid in a U.S. university had something to do with it,” he said. “I didn’t want to be the shortest hitter on our team!”

Marko Sarmiento was my schoolmate at CIS. We’re both April 9 born. But that’s where the similarities end because, on the golf course, Marko—who’s played the past 20 years since he was 12—is possibly Cebu’s longest hitter. 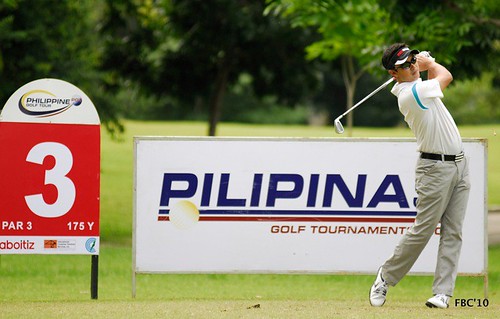 “I come from a family of golfers from both the Garcias and Sarmientos,” he said. “Actually, we’re a big sporting family. Our conversations are always about sports! Golf is a great social sport. You’re on the course for 4 hours and we get to play with all sorts of people with different skill levels. You can’t do this with any other sport. The personalities you meet add to the game. Why is this game special? It’s the most difficult sport to master. The player with the least mistakes wins! There’s always something to work on.”

Marko’s passion for golf took him to study the game in college. “I went to Methodist Univ. in North Carolina,” he said. “I majored in Business Administration – Professional Golf Management. It’s a unique program and 10 years ago only a handful of schools offered this. Now, around 20 U.S. universities have it, including Arizona State, North Carolina State and UNLV. This course offers both a bachelor’s degree in business with the option of pursuing a profession in the golf industry. I’m lucky that my parents gave me the chance to study what I wanted to do at that time. My dad was the most excited!”

Speaking of his dad, Efren—who, to me, owns the most genuine and biggest of smiles in town—the father-and-son duo play twice weekly at the Cebu Country Club. “I also play with my brother Arlo, Jovi Neri, Kiyofumi Takahashi and my uncle Montito,” said Marko.

“Montito,” of course, is Mr. Garcia, the 8-time CCC club champion—a title Marko relishes. “That’s the title I want most. I came in 2nd before so winning it is a must.” 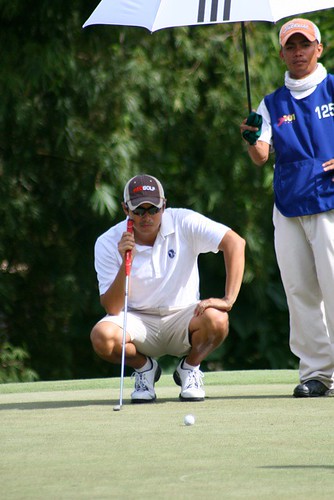 As to the top pro that he applauds? Marko answered: “Chad Collins, who now plays on the US PGA Tour. He was my teammate in college.” Among Filipinos, Marko respects Frankie Miñoza. “I’ve been lucky to know him since he’s good friends with my uncle Montito. He paved the way for the locals and remains one of the best Filipino pros despite turning 50 last year. He’s going to give the US Senior PGA Tour a shot.” The trait Marko admires most about Frankie? “Despite his success, he remains humble.”

While golf is Marko’s passion, his profession is as Chief Operating Officer (COO) of JEG Development Corp., the holdings company of their real estate family business. He’s also a director of their furniture export firm, Detalia Aurora, Inc.

Other sports? Marko plays softball, water sports, basketball. As to his favorite NBA team, be surprised: “I’m a big follower of the San Antonio Spurs. I know not many follow them but I’ve been a fan since the days of David Robinson, Willie Anderson, Terry Cummings, Chuck Person and Antoine Carr. A lot of friends make fun of me because they’re boring… except for Ginobili!”

Here’s another sport he follows: “Three friends and I were at UFC 100 in Vegas in July 2009,” said Marko. “The co-main event was between Brock Lesner v. Frank Mir and George St. Pierre v. Thiago Alves. I’ve been a huge MMA fan for about four years because my good friend, Jon Syjuco, got me into it. The addiction has grown since. We bumped into Dane White (UFC Pres.) in Vegas and he said that UFC is coming to the Phils. soon!”

Back to golf, I asked Marko about driving 300-plus yards. His tip: “Turning the hips is the key to distance while the arms will follow. Too many of us try to swing too hard using brute force, which normally results in paying for all your bets!”