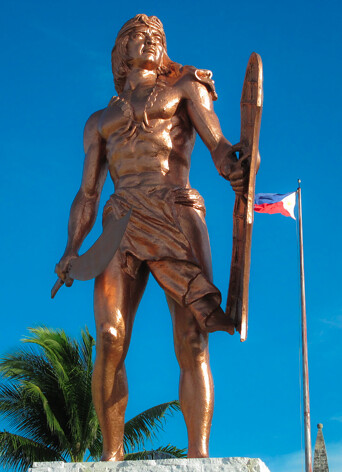 Our first Filipino hero was not Emilio Aguinaldo or Jose Rizal or Manny Pacquiao. He was a Cebuano. On the morning of April 27, 1521, right here along the shores of Mactan, a tribal chieftain, armed only with primitive swords and crooked spears, bloodied and massacred Ferdinand Magellan. Lapu-Lapu won. Cebu won. The Filipinos stood victorious. This was 489 years ago.

Can we repeat the same next year? From March 4 to 6? When another group of invaders will land in Lapu-Lapu City, ready to fight with their wristbands, forehand grips and swords? Yes. This event promises to be one the biggest spectacles in Cebu in 2011. For this clash is not between two PBA teams or Palaro players or our Region VII against NCR.

It’s nation versus country. It’s us, Filipinos, against them. It’s the Davis Cup. 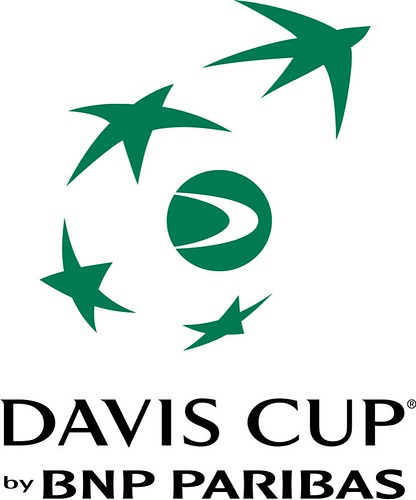 What is DC and who is Mr. Davis? This event using modern day swords—tennis racquets—is one of the world’s most prestigious of tournaments. Starting in 1900 when Great Britain played the U.S., the founder was Dwight Davis, an American tennis champion. But that’s not the believe-it-or-not fact about Davis. Here it is: From 1929 to 1932, he served as Governor General of the Philippines. He led our nation for three years under the U.S. presidency of Calvin Coolidge. And so Davis—and his Cup—have a special meaning for us, Filipinos.

Today, over 134 nations join. Two of these nations will clash at the Plantation Bay Resort and Spa four months from today. Japan. Philippines. This is a first. The first time that the Davis Cup—since we joined in 1926—will be held outside Manila. The privileged name who will play hosts? Cebu. The city? Named after our first hero, Lapu-Lapu.

This is fantastic. A Friday-to-Sunday, March 4 to 6, 2011 event that will pit our best against Japan’s top netters. We have Cecil Mamiit. He’s in town today. I picked him up at the airport yesterday and, together with Randy Villanueva, the Philippine Tennis Association Vice-President and Davis Cup Administrator, we drove to Plantation Bay. We climbed Marco Polo Hotel and gazed at the view. Cecil practiced with Jacob Lagman.

I first watched Cecil at the 1999 U.S. Open. Next, I saw him win the gold medal for our nation in the 2005 South East Asian Games in Manila. The theme song then was “Pinoy Ako.” He’s tenacious, fast and, like Michael Chang, never gives up. Once ranked world # 72, Cecil will be joined by another Fil-Am, Treat Huey, plus Johnny Arcilla.

Can we beat Japan? No, we have not defeated them in 15 years—the last time was when Joseph Lizardo and Robert Angelo beat the Shuzo Matsuoko-led team, 3-2. We’ve lost to Japan the last three times, including last March in a 5-0 drubbing in Osaka.

But, yes, we can beat Japan. In our recent losses, several matches have gone five sets. That’s close. And, let’s remember, when Japan last defeated us, the surface was a fast indoor court—not Cecil’s favorite.

In Lapu-Lapu City this March, it will be a slow clay-court without roofing so we can cook the Japanese alive on the tennis rectangle. History? We’ve played 26 times, with Japan winning 17. But, on the two occasions when the surface was clay—guess who won? Pinoys. Plus, there’s the crowd factor. In Davis Cup, the host nation has the advantage of a screaming, rowdy and ear-splitting audience. Mo syagit ta ug kusog!

Harry Radaza is to be thanked for this event. The new Councilor of Lapu-Lapu City is the chairman of his city’s sports and tourism committees. He’s also the chairman of the organizing group of this Davis Cup tie. His support—and, of course, that of Mayor Paz Radaza—are essential.

There’s Efren Belarmino of Plantation Bay. As Nimrod Quiñones put it in The Freeman yesterday, Efren is one of his “favorite generals” in Mactan. That’s because Efren is the general manager of Plantation Bay. The five-star luxury resort will build a brand-new clay-court and will host the Philippine players and officials.

So, fellow Cebuanos, this March… it’s Game, Set, and Match.