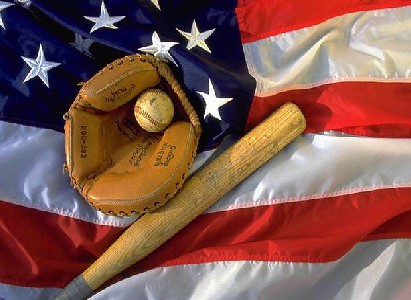 The past two mornings, watching Games 3 and 4 of the World Series finale between the San Francisco Giants and Texas Rangers, the sight of curve balls, homeruns and base hits elicited unforgettable memories.

Twice, I watched Major League Baseball. These happened in 1993. Yes, that’s a long 17 years ago. Our entire family had the opportunity to travel in America. We visited Disneyland, gazed at the HOLLYWOOD sign perched on the hilltop, drove to San Diego to survey the Sea World whales, stared in awe of the giant Universal Studios.

Sports? Manny Pacquiao was only 15 then. He wasn’t in Freddie Roach’s Wild Card Gym yet—so that wasn’t part of our itinerary. In the era of Michael Jordan, no we didn’t watch No. 23—and I can’t recall why not. The sport I forced my family members to attend? Baseball.

I love baseball. In college, it was one of the favorite events. Jesse Bernad—who operates Fastball Batting Cages and who’s a skipper of the sport today—was U.P. Cebu’s top pitcher. And batter. He was the MVP of our college’s MLB-version. My other batch-mates included Jeffrey Pabriaga, Dustin Morada and Neil Ceniza. Softball was fun.

Back to our U.S. trip: We were in Los Angeles and, with my dad Bunny, I watched my first-ever Major League Baseball game. It was the L.A. Dodgers against a rookie team, the Colorado Rockies. That 1993 game was their first-ever meeting. Thanks to Google (while researching for this piece yesterday), I tracked down the date and it’s “May 21, 1993.” The Dodgers won that game, 8-0, and my dad and I watched Mike Piazza hit a homerun.

What an experience. The gigantic Dodger Stadium—today’s third-oldest MLB ballpark—happens to be, according to Wikipedia, the largest baseball park in the world (based on capacity) with 56,000 seats. That’s Baseball Story No. 1.

The second is more dramatic: As our family moved northward to San Francisco, we resided in the home of one of my mom Allen’s relatives. Lo and behold, our relatives’ children—my age—had free tickets to a baseball game. No, it wasn’t the San Francisco Giants—now leading 3-1 against the Rangers and poised to win their sixth World Series title—but it’s neighbor across the island, the Oakland Athletics.

Together with my cousins, my dad, and my brother Randy, we crossed the Golden Gate Bridge and hopped to the Oakland Coliseum where the Oakland A’s were to meet the defending champions, the Toronto Blue Jays.

The atmosphere was chaotic and loud. With over 30,000 boisterous fans—many shirtless, many with Budweiser beers on-hand, many chewing on hotdogs—it was a thrill. David Cone pitched for the Blue Jays. One of his teammates was Joe Carter—made famous with this “Golden Moment” homerun just months earlier to win the World Series for the Jays.

Mark McGwire, nicknamed “Big Mac,” (and who homered 70 times in 1998), was the most revered A’s player then. (Prior to his admission of performance-enhancing drugs.) Sadly, he was absent that day. But Rickey Henderson—who holds the all-time “stolen bases” record—played for Oakland. 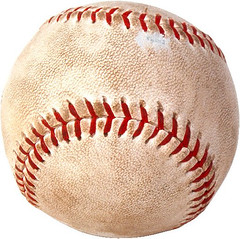 My group sat at the back of the home plate. We had a close look at the batters. Now, here’s my believe-it-or-not moment: It happened in the fourth inning. I don’t recall who was batting but, when the ball struck his wooden bat, it floated on-air and hovered back—towards our direction. One… two… three seconds later… the baseball swooped downwards—right towards us.

Bang! It hit the seat fronting us! I jumped down—as did a few others—everybody scrambling for the ball. We bumped shoulders. Hands jostled. Finally, after the scuffle, my hands gripped the white leather. I clasped it hard. Yes! With hundreds of eyes staring at our direction, I lifted the prized catch onto the California clouds.

It was a moment I’ll forever cherish. A sport I’ll always follow. As George Will once said, “Baseball, it is said, is only a game. True. And the Grand Canyon is only a hole in Arizona.”