Next year, his basketball franchise will celebrate its Silver Anniversary. That’s 25 years of dribbling and scoring trophies. It will be a mega-milestone for this team labeled as “the most successful Philippine basketball squad in history”—outside of the PBA.

Will the year 2011, to celebrate its 25th birthday, be the moment when M. Lhuillier Kwarta Padala sends a remittance letter to PBA Commissioner Chito Salud with the words: “Money ready. Count as in.”?

We hope so. For Michel Lhuillier is Cebuano. He represents our land. Of French descent (he’s the Honorary Consul of France), the billionaire sportsman loves one city more than any other on earth… Sugbu.

“I’ve been offered to put up a PBA team. But it’s not for my business. It’s too expensive,” he once told me. “You need P100 million to maintain a team. Now, they’re offering me P40 to P50 million for a PBA franchise. With those amounts, I have better use of my money. I’d rather have a strong enough team that can play once-in-a-while with the PBA.” 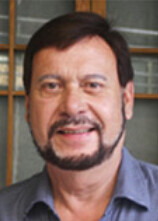 That conversation was 10 months ago. Today, has the business tycoon’s mind changed? Yes, Cebu hopes so. Because if M. Lhuillier does enter the PBA, it will be a first. A first for a Cebu-based company to battle—on the basketball floor—the big boys and multinationals of Philippine business.

I called Yayoy Alcoseba. This was two nights ago. Ever the serious and disciplinarian maestro on court, he was light-hearted and relaxed in our talk. He has reason to smile. Last Sunday, his Kwarta Padala team won again. That’s nothing new. They always win. But this was different.

“That was the most difficult championship we’ve ever won,” said Coach Yayoy, who’s collected for the team hundreds of golden trophies. The Cebu City Councilor, now on his third and final term, explained how difficult it was winning the Tournament of the Philippines (TOP). “We had to go and fight in Cagayan de Oro… we had a thrilling Game 5… it was our most satisfying victory,” he said of the 78-76 tournament-ending win of the Cebu Niños against the MisOr Meteors at the Cebu Coliseum.

Now that you’ve won again, will it be the PBA this time? “There’s a good chance,” said Councilor Alcoseba. “More than at any other period, the timing might be right this time. We have a strong team, a ready-to-play team. And the Kwarta Padala brand nationwide is getting even stronger.” Plus, of course, the significance of the 25th anniversary… 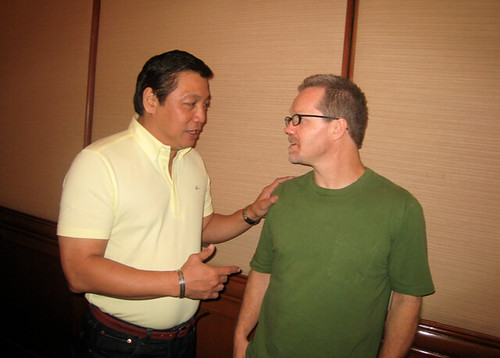 “Are you ready to move to Manila?” I asked.

I told him, “No way will Michel ask anybody else to coach his team but you!”

That’s true. From the moment the M. Lhuillier team was formed, one man was there.

“Coach Yayoy. Councilor Yayoy. Businessman Yayoy. I don’t know what to call him anymore,” Lhuillier told me before. “He’s been with me for more than 23 years. What can I say about him? I believe in him. He’s good. He’s outstanding. He has a knack for it. He feels for it. He’s so involved in the game and some misunderstand it when he reprimands players. He loves the game. He also knows all about the NBA and the PBA. In terms of scouting, he knows what positions to shop for when the team has weaknesses.”

Sir: Time to try the PBA?