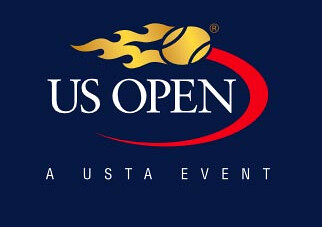 Next to Manny Pacquiao, the two athletes I write about most often on these back pages are 6-foot-1, Nike-bandana-wearing twins: Rafael Nadal and Roger Federer.

At the United States Tennis Open, if both were able to dismiss of Mikhail Youzhny and Novak Djokovic in last night’s semifinals, then, once more, we’ll be treated to a drama that’s likened to Muhammad Ali and Joe Frazier’s “The Championships of Each Other.”

“The Open is the only Slam where Federer and Nadal have never played,” wrote Steve Tignor in “Is It Sunday Yet?” That’s true. While the pairing have played 21 times, they’ve never faced each other in Flushing Meadows.

“New York wants a piece of this generation’s great rivalry before it’s too late, and we’re never going to have a better shot at it,” added Tignor. “We’ve seen Ali and Frazier. We’ve seen Borg and McEnroe. Even Godzilla took a cruise to Manhattan for a showdown with King Kong. Are we finally going to get Nadal and Federer?”

We hope so. For, these friends have won plenty: Roger has six Wimbledon titles, four Australian Opens, one French and five US Open crowns while Rafa has five in Paris, two Wimbledons, one Aussie Open—but zero in NYC. Talking of major/major, that’s 16 for Roger and 8 for Rafa.

“I won the other three Grand Slams rather quickly, like he did,” said Federer. “The only difference so far is that I lost two (French Open) finals before, plus a semifinal, whereas he’s never been in a final here.

“Clearly, he has a chance because he’s young enough. Having so many French Open titles to his name, let alone at his age, is an amazing accomplishment. Then again, obviously, I guess he would need to win the US Open to put himself there. He’s won the Olympics, done some amazing things. So he’ll have a shot at it, I’m sure.”

Will this shot be this weekend? If Rafa does meet then defeat Roger, the 24-year-old will achieve a feat similar in magnitude to Spain’s World Cup victory: He’d become the youngest player in the Open Era to complete the career Grand Slam.

Yet, while Rafa is hungry for this missing Big Apple bite, on paper, it’s the Swiss who’s favored. The reason: the past seven years, he’s won every match at the Open except one hiccup last year against del Potro. Mr. Federer possesses the most complete arsenal of weapons on a rectangle since tennis was spelled tenez. And this event’s hard court (DecoTurf) surface suits a player who carries more ammunition.

So, here’s the intriguing question: While many don’t argue calling RF as the GOAT (Greatest Of All Time), if he loses to RN, would that tarnish his golden stature?

Maybe. Yet, whatever the outcome, the winners are us, the fans. Time Magazine’s Eben Harrell, listing “Federer v. Nadal” atop the Top 10 Tennis Rivalries, wrote it best: “Call it the rapier versus the broadsword. The bull fighter versus the bull. For over five years now, Federer and Nadal have stunned the tennis world with their contrasting but compelling claims to be the greatest player on the planet. Federer’s light-footed movement and elegant, attacking style has, in head-to-head encounters, proved largely ineffectual against Nadal’s thumping, muscular defense. Nadal holds the edge 14-7. But Federer has a vastly superior career record — he holds an all-time best 16 grand slam titles. So who holds the edge in the rivalry is up for debate. But there’s no doubt that tennis is blessed to have two of the greatest players in history currently at the top of the world rankings.”

If this final—said Mats Wilander: “I think it’s the biggest match of all time”—does materialize, here are factors to watch for: a) How potent is Rafa’s newfound, 135-mph serve? b) Who will the wind affect more? Thus far, Roger’s been better, c) Can Rafa continue his my-forehand-to-Roger’s-backhand tactic? d) Roger’s drop-shot surprise: will it be effective? e) The mental battle—will Rafa once more have the edge?