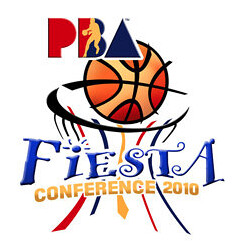 The Philippine Basketball Association is the second oldest basketball league in the world, next only to the NBA. Since its inception on April 9, 1975—coincidentally, my third birthday!—it has become the most revered of games in our basketball-crazy nation.

Last Sunday, I watched. Not at the Araneta Coliseum, nicknamed “The Big Dome”—but at home. For two hours starting at 6 p.m., two of our most famous brands played ball: the San Miguel Beermen versus the Alaska Aces. It was Game 2 of the 2010 PBA Fiesta Conference. (The league has two conferences per season; this is the one where one import is allowed per team.)

In Game One of The PBA Final played last Friday, Alaska was supposed-to-be tired and weary, having just escaped Talk ‘N Text in a seven-game semifinal. It didn’t show. They beat San Miguel, 89-83. What a shocker. And for several reasons: (1) The SMB squad are the defending champions; (2) Alaska lost to them twice during the regular season (95-89 on April 11 and 85-74 last June 26); (3) Alaska had not beaten SMB in their last six tries, dating back to 2007; (4) Alaska was on a losing streak in The Finals: six straight defeats. Yet, Alaska prevailed in round one.

Then, Game 2. Two nights ago. San Miguel Beer—an original member of the PBA since 1975 and the winningest club in history with 18 PBA titles—fought to avert a 0-2 deficit. Their coach, Siot Tanquingcen, only 37 years young, deployed Joseph Yeo and import Jay Washington to produce the numbers. They did, scoring 20 apiece. But the Beermen played catch-up all night. Alaska led in the first quarter; SMB tied the game. Alaska took the lead; again, SMB crawled back. It was the same back-and-forth, see-saw pattern.. until the last minutes when Alaska—having gulped milk instead of beer—sprinted towards the finish line first, winning, 94-90.

I enjoyed the game. LA Tenorio, only 5-foot-8, was savvy and alert. Arwind Santos banked several against the board. My favorite play was the one of the tattoo-laden Alaska import Diamon Simpson who, at the end of the third quarter, backed up against his defender then leapt for a monstrous, in-your-face slam of a dunk.

All these must have thrilled the most famous spectator at ringside: Miami Heat coach Eric Spoelstra, who’s in Manila to conduct basketball clinics. “I was worried earlier,” said Alaska coach Tim Cone, quoting yesterday’s Phil. Star story entitled, “Charity throws give Aces close win, 2-0 lead.” “I just felt our energy in practice yesterday was very low. But thanks to coach Eric when my players heard he’s in the stadium, their eyes grew big and said ‘wow.’ They’re motivated.”

Alaska played inspired basketball. And when the pressure intensified in the game’s dying moments, they were relaxed and composed, especially at the free throw line—making seven of eight in the last 77 seconds and, for the whole game, shooting 84 percent—an extraordinary statistic that would shame Shaq.

Cone, now 52 years old and the winner of 12 PBA titles for the Fred Uytengsu-owned company, is hungry for this win.

Quinito Henson of The Phil. Star, in an August 6 piece, “San Miguel’s size worries Cone,” made this excellent analysis: “(Cone)… is due for another one as Alaska has been a bridesmaid in two of the last three finals. He hasn’t captured a crown since the 2006-07 Fiesta Conference. Alaska is in its 25th finals appearance entering its 25th anniversary next season. Those numbers don’t happen to come together by accident. Are the Aces destined for a championship?”

Despite the lead, he’s not overconfident. “It’s only 2-0,” said Cone. “It takes four games to win it for a reason. I’ve lost 2-0, 3-1 and all the leads that you can think of. We have to make sure we come out and put the pressure on them… It’s definitely not over.”