Two Sundays ago, I made a mistake. I declared LeBron’s joining forces with Chris Bosh and Dwayne Wade as the right move. Now I’m having a change of mind. Sure, LBJ wants to win that NBA ring. Sure, it was legal. But here’s another sure thing: LeBron made millions of enemies.

His blunder wasn’t joining the Miami Heat—again, he’s a free agent and that’s his prerogative. His mistake was his decision to have “The Decision.” If you recall, LeBron announced to the world his Miami transfer not via a no-nonsense, 12-minute press conference. Instead, the self-proclaimed King promoted himself like a God—to the full hilt, holding six NBA teams as hostage and starting a fiery hype that engulfed the sports world. 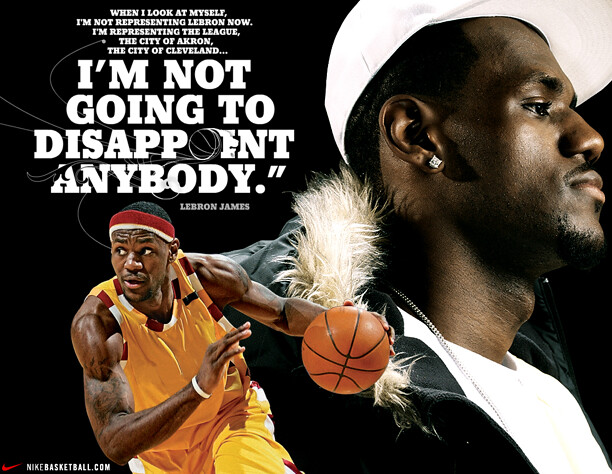 On July 8 in the ESPN show “The Decision,” 13 million TV viewers locked-in for 60 minutes to watch his lips say the seven words that will be embedded in NBA history: “I’m taking my talents to South Beach.”

Why was this TV show dubbed a LeBacle? Simple: Knowing that he was going to hurt the 11.5 million residents of Ohio—fans who’ve embraced him as their native son the past seven years; knowing that he was going to disappoint the citizens of New York, Chicago, New Jersey and LA—couldn’t LeBron have focused the attention less on himself? Couldn’t he have done a plain announcement? Been more sympathetic? To his Cleveland family?

Yes, yes, yes. Yes to all of the above. And, I’m sure if you give me LeBron’s number now and I ask him if he can redo how he packaged his decision, he’ll say Yes. I wish I could have given it less hoopla, he’d declare. For, as the saying goes, “Hindsight explains the injury that foresight would have prevented.”

Today, in Fox Sports, ESPN and dozens of other NBA commentaries, they sadly pronounce the same thing: Bad move, LeBron. Sad, isn’t it? From the most revered of athletes comes this worldwide repudiation and scorn. (Can you imagine the jeering and booing he’ll hear when Miami visits Cleveland?)

Commented Michael Jordan: “There’s no way, with hindsight, I would’ve ever called up Larry, called up Magic and said, ‘Hey, look, let’s get together and play on one team.’” Ouch. Does this mean LeBron did not have enough courage to stand up on his own and win? Yes, says MJ.

Charles Barkley added: “Mike and I are in 100 percent agreement on this. If you’re the two-time defending NBA MVP, you don’t leave anywhere. They come to you. That’s ridiculous. I like LeBron. He’s a great player. But I don’t think in the history of sports you can find a two-time defending MVP leaving to go play with other people.” (True. Instead, shouldn’t LeBron have enticed Chris Bosh to move to Cleveland?)

Now. What’s LeBron got to do? Well, simple: Win the championship. Now. This season. Anything short will mean more ridicule and damage to his already-damaged persona.

Not everybody’s a loser in this controversy, though. The big winner is Fil-Am Erik Spoelstra, the Miami Heat head coach. His mother, Elisa Celino, hails from San Pablo, Laguna. “I’m embarrassed to admit I’ve visited the Philippines only when I was three years old,” he said in the Phil. Daily Inquirer. “I’m definitely planning to go again.” Bringing with you the Three Kings?

The jackpot winner of this whole story? Of course, Miami. Quoting an AP story entitled “Heat business takes over on and off the court,” there’s now a dish in Miami called LeBron Burger. Served at the diner OneBurger, “It starts with Kobe beef (a nod to Bryant), with Swiss cheese, an onion ring (think championship ring) and jalapenos (for heat, er, the Heat).”

Hotels in Miami? One room, the “Heat Suite” for $2,500/night, includes a “Ferrari F430 rental, James’ favorite snacks, an iPod with his favorite tunes.” Mandarin Oriental has “Live Like LeBron” weekends—with basketball-shaped cookies. 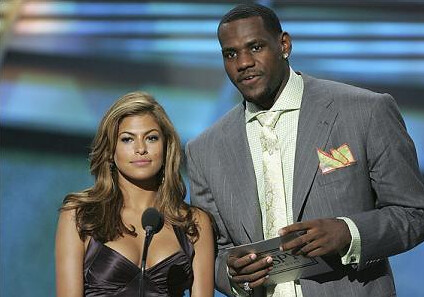