Alongside Michael Jordan, the sportsman I admire most wears yellow. I own his Nike watch. Several Armstrong books adorn my mini-library. A pair of sunglasses with his signature I’ve purchased. That yellow band with the “LIVESTRONG” name? I’ve collected those long before Noynoy Aquino’s crusade.

Lance’s story — a 22-year-old champion stricken by testicular cancer that had metastasized to his lungs and brain only to defeat the Big C bastard and climb back the saddle to pedal and win seven Tour de France crowns — is better than Hollywood. It’s true. Quite possibly, it is the most powerful story in all of sports. Ever.

That’s why, three days ago, when Floyd Landis, the former teammate of Armstrong, emerged with the story that implicated Lance as a drug cheat… this was explosive.

Not that these drug allegations are new. Since Lance won his first LeTour in 1999, drug issues have hounded his yellow jersey like a black shadow. Hundreds of “Lance Is A Cheat” exposes have, like Robin Hood’s arrow, targeted him in the past. But, let’s remember: not once has Mr. Armstrong — the most drug-tested athlete on earth — tested positive. Ever.

Still, this revelation by Landis is damaging. For three years starting 2002, Floyd with Lance was like Scottie Pippen to Michael Jordan. He was, to borrow a cliche, Lance’s “right hand man.” They were not only buddies, they were US Postal Service team partners. Floyd would pedal ferociously up the Pyrenees mountains while Lance rode behind. Then, like a dutiful servant, Floyd would give way as The Yellow Master overtook and zoomed to the finish line first. Floyd was Robin. Batman was Lance. 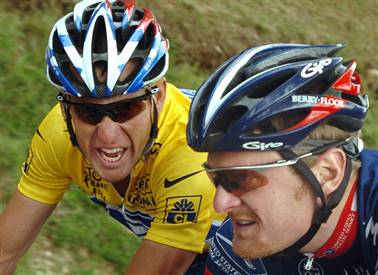 What did Landis reveal 72 hours ago? In emails that he circulated and a phone call to an ESPN writer, he announced: 1) That he was a drug cheat, 2) that Lance was the same and, worse, taught him and others to use testosterone patches, blood transfusions and EPO, 3) that their teammates did the same, and 4) that officials and governing bodies were paid to quiet the story.

Given Landis’ stardom status — he won the ’06 TdF — this revelation was tantamount to the Watergate scandal that evicted U.S. Pres. Richard Nixon. This was very, very, very explosive.

Well, yes… and no. For here’s the problem: While the message may be explosive, the messenger is “damaged goods.” Landis is one man whose honesty is loaded with… dishonesty. Consider these facts: After lab tests revealed that Floyd took drugs during his 2006 victory in France, he did what any dishonest man often does: deny, deny, deny. He wrote a book, “Positively False: The Real Story Of How I Won The Tour.” He launched a fund-raising campaign that collected $1 million to pay for his lawyers. He appeared on Larry King Live and, with a serious face that made me and millions of others believe him, said “I’m honest.” Well, didn’t Ferdinand Marcos say the same?

“If there was one word I could walk away with that sums this all up its ‘Credibility,'” said Armstrong, hours after the news surfaced. “Floyd lost his credibility a long time ago. You’ve got someone who’s been under oath with a completely different version, someone who wrote a book with a completely different version… He has said he has no proof. It’s his word versus ours … and we like our word.” 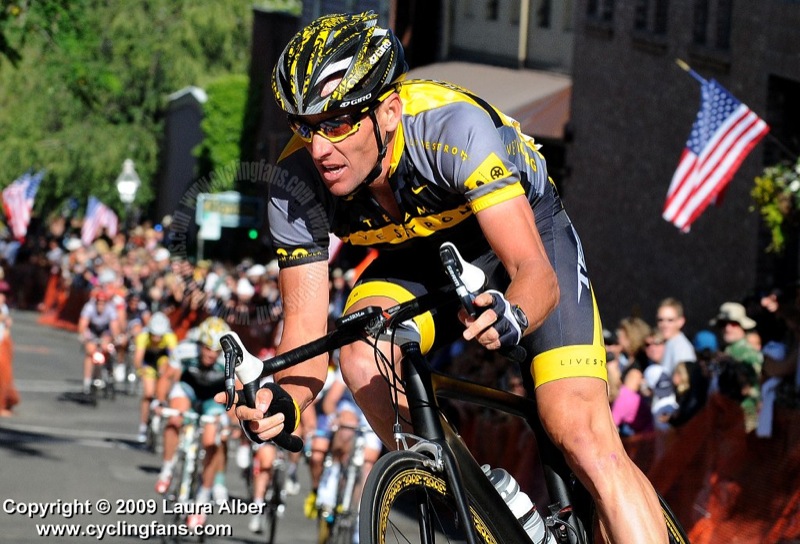 Lance has a point. But here’s the biggest problem of them all: We don’t know whom to trust. Ben Johnson said he never did drugs. He did. Marion Jones cried oceans and said she never injected. She did. Roger Clemens never took steroids. He did. Landis said he never took EPO. He did.

Lance Armstrong? Like many of you, I hope — for mankind’s sake — that he is honest. I hope he did not inject. I hope he is yellow clean. Because if he’s not, then who, in this universe, can we trust?

Which brings me to the advocacy of the Catholic community that I belong to — the Brotherhood of Christian Businessmen and Professionals (BCBP) — which sums this story best: 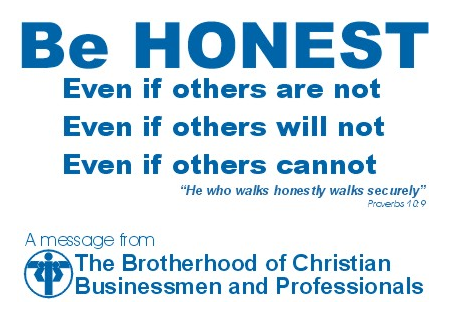