If you love tennis, this week is your week. When you switch on the Samsung TV, red clay is on SkyCable’s channel 33. It’s the French Open. It’s the only major played on the planet’s slowest surface. Five-hour-long matches that put you to sleep? White socks stained by dirt that turn into brown? Dust flying? Sweat flooding the tennis rectangle? These are all common. It’s Roland Garros. 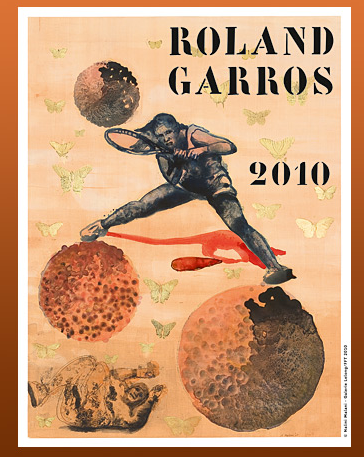 In Cebu, this week is the same. It’s the annual Cebuana Lhuillier Men’s Open at the Baseline tennis courts. The surface? The same as France. Only, it’s “mestizo” colored, not red. But it’s similar: clay-court.

Roger Federer is the men’s No.1. He’s the French Open defending champion. Same with ours. Johnny Arcilla is RP’s numero uno. He’s the C. Lhuillier winner in 2009.

In Paris, the matches are scheduled to suit us, the Filipino TV audience. Consider that the first match begins around 5 p.m. (RP time) and the games last past midnight. Isn’t this perfect for us?

I know someone who’ll be all-smiling. Atty. Frank Malilong, my idol on these Sun.Star pages, who calls Baseline his tennis home. He’ll watch the games daily. Same on TV: he’ll cheer for this player family-named Nadal (ever heard of him?) who, like Frank, is left-handed and generates tremendous topspin off his ground-strokes.

PJ Tierro, the 6-foot-1 Filipino tennis star is also in Cebu. Late yesterday afternoon at Baseline, still dripping from sweat after a backhand workout, we talked. He’s confident. And eager to avenge his twin losses here to Johnny A.: at last year’s Cebuana Lhuillier final and, just two weeks ago, at the Mandaue Men’s Open. Watch for PJ.

Back to Roland Garros, the question most often asked is this: Who’s your pick, R or R? I say Roger. I say Rafael. It’s hard to pick between the duo. First, you’ve got two of the nicest human beings alive. Unlike the days of McEnroe or Nastase or Connors, here are the most humble and courteous superstars who, in case we forget, won 18 of the last 20 Grand Slam singles titles. Yes. Roger collared 12; Rafa, 6 — starting from the 2005 French Open that Nadal won until last January’s 2010 Australian Open, won by the Swiss. What a one-two, combination-domination by R-R. 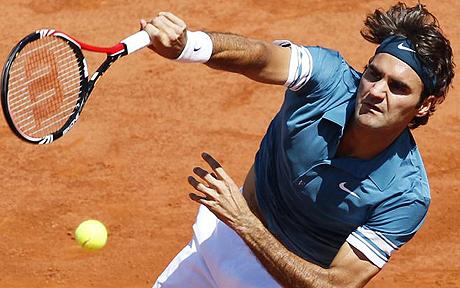 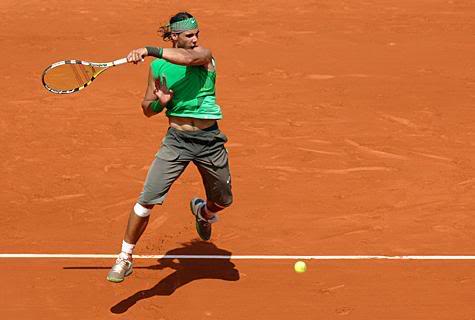 But pressed to pick the winner next Sunday? Ha-ha. Never the gambler, I choose R. I mean Rafa. How can you argue against a four-time French Open winner who won three Masters clay-court titles the past month? I know Mrs. Chinggay Utzurrum, the most avid of Federer fans who prays the rosary while Roger plays, will disagree with me. For this is the beauty of this rivalry: it’s even. Roger has his millions of devotees while Rafa has his zealots. They, too, number in the millions. Let’s hope, before we argue, that, in this 128-man draw, one Swiss and a Spaniard meet.

Volleying back to Cebu: Apart from the men’s open which features all the country’s best, there’ll be an age-group tournament. No, this isn’t your usual 18 years and under age-group. It’s for adults. Three categories are open to all doubles players: 35-and-older, 40-, and 45-and-above. Registration is for free. Just visit Baseline today to enlist; the event begins tomorrow. All thanks to Jun and April Toledo, the organizers, for bringing this spectacle each summer to Cebu — and to Jean Henri Lhuillier, the former U.S. varsity college player, for supporting the sport he loves most.

Again, whether it’s Paris on TV or our local boys at Baseline, what a smashing week to come.