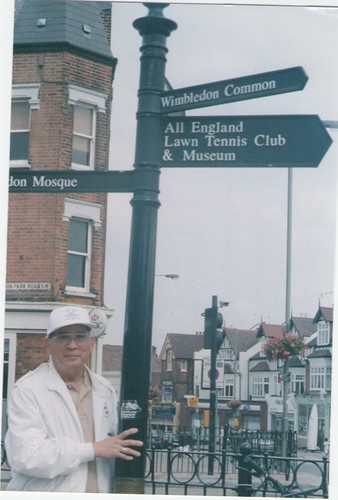 Yesterday was a momentous occasion in the life of a momentous person. Fifty years ago yesterday, on Tres De Abril, 1960, God’s favored spokesman became a priest. “It happened on the fifth Sunday of Lent,” said Monsignor Achilles Dakay, “and, to my recollection, there has never been a ‘fifth Sunday of Lent’ in the past 50 years.”

Yes, 50 years. That’s 18,250 days. Consider that it in April 1960, the Sinulog Festival had not yet started, our president was Carlos P. Garcia, and the top-grossing Hollywood movie was Ocean’s Eleven starring Frank Sinatra, Dean Martin and Sammy Davis, Jr.

Today, Monsignor Dakay is the official spokesman of His Eminence, Ricardo Cardinal Vidal. He has the title, Media Liaison Officer. And while the media interview our highly articulate Monsignor almost weekly on matters of the Cebu Archidiocese, what the public may not know about him is that he’s a sports buff.

“I love the LA Lakers,” he told me two nights ago when I phoned him. “My sister lives in Los Angeles and, one time, I watched Shaq and Kobe.”

But the sport Monsignor enjoys the most? Tennis. “It all started when I was in the Seminary at the UST (University of Sto. Tomas) in 1955,” he said. “Our sports director then loved sports. And so, right across the street, we’d have these top Cebuano players like Saberon, Tancinco, Nap Flores and Manulat visiting and playing basketball.

“Then, during my seven years stay at UST, that’s where I first learned tennis. It was Johnny Jose, the top Filipino player, who taught us tennis on the UST cement court.” 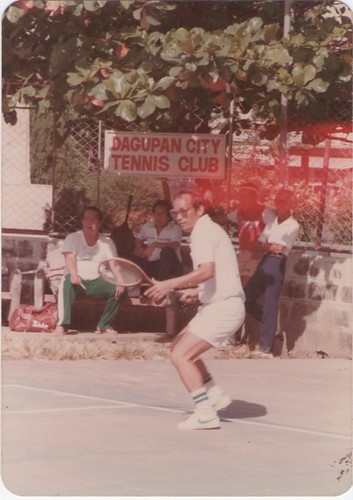 Because Monsignor Dakay resides at the Archbishop’s Palace, his favorite choice of play is the one nearest: the Casino Español de Cebu. “I’m part of the first four who play,” he said, starting their doubles encounter at 4 p.m. “Roy Gopuco, Bob Go, Alfonso Tan, Doming Garcia, Donald Ruiz, Kits Borromeo, Ann Cuenco, Heide Mesina—these are the people I play with.” 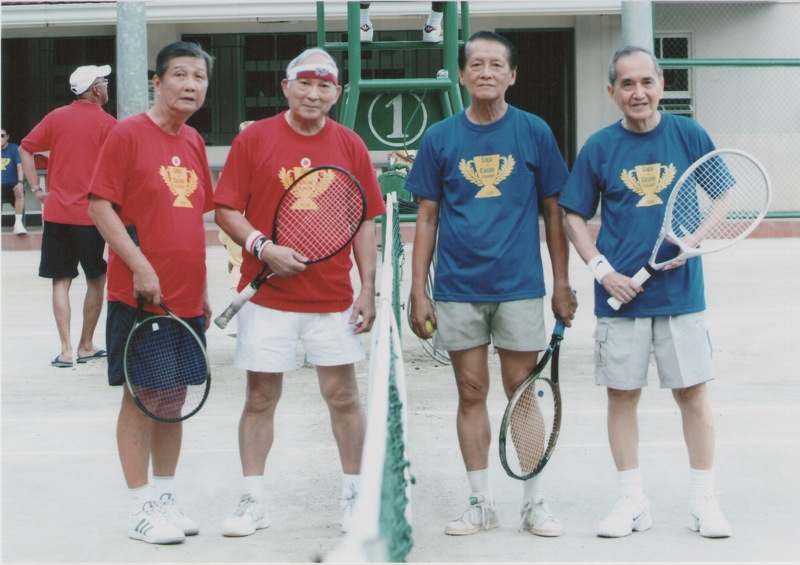 How impassioned a player is Msgr. Dakay? In a trip to Rome five years ago, instead of squeezing every extra minute to sight-see, like we all would, he told me, “I stayed at the Colegio Filipino where all the Filipino priests and students stayed.. and, of course, we played tennis everyday at their in-house court!”

That’s not all. Because if you think playing tennis in Rome is special, how about this: Monsignor Dakay has been to the mecca of tennis, Wimbledon. “Two times,” he said. “The first was in 1999 with Monsignor Eliseo Gamallo. We saw Lindsay Davenport beat Steffi Graf to win the trophy.”

His next trip to London was in 2003 when, he said “the Williams sisters met in the finals.” And, while admitting what we already know—“that there’s no place on earth like Wimbledon”—Monsignor offered a tip to anyone salivating to visit Wimbledon: “You’ve got to try those strawberries and cream!” 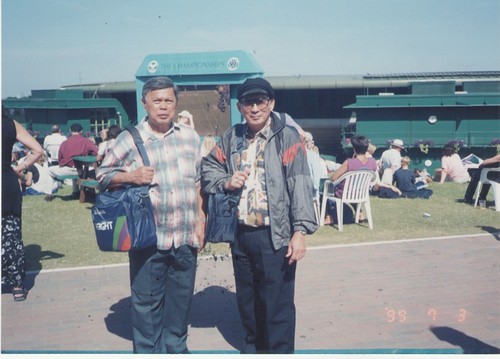 How about the US Open in New York? Sure. “I’ve also been there twice, the latest one several years ago when I met up with a few Cebuanos.”

The Italian Open? “That’s another one I’ve watched,” he said. “I’m very fortunate because three times in the past, I accompanied Cardinal Vidal to visit Rome and the Italian Open would be timed during this visit.”

His favorite player of all time? Bjorn Borg. Maybe because, as I’ve watched Monsignor play countless times at the Casino Español, his strength—his forehand topspin—is just like the Swede’s powerful spinning shot. “I’ve always been a Borg fan,” he said. “But now, seeing Nadal, with the emotions and passion he brings to the court, and not the type who plays like a machine, I cheer for him.”

“He who does not hope to win has already lost,” he recited in his familiar deep-sounding voice and perfect English. Then, he added one more… “Life is like tennis. He who serves well, seldom loses.”