March 11, 2010 is the night. That’s tonight. For tonight is the moment. It’s those three hours this evening when fireworks will erupt indoors, cheers will deafen the ballroom, when Z Gorres will receive a standing ovation, when the late volleyball guru Eugene de la Cerna will be honored, when Irina Gabasa will shake hands with Noy Jopson, who’ll greet Rubilen Amit, who’ll smile before world champ Donnie Nietes.

Tonight. It’s that once-every-365-days evening when the top athletes from our Visayan land celebrate. When the Queen City of the South honors kings and princes and princesses of sports. 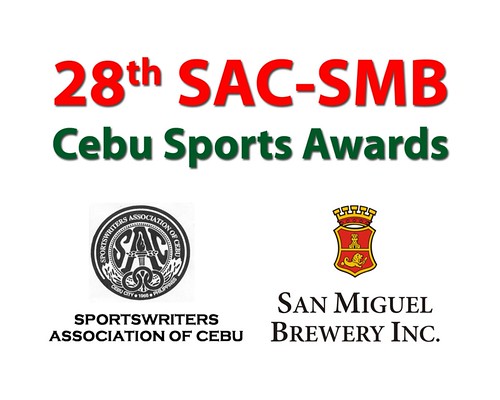 Tonight. It’s special. Because, when your name is chosen for the SAC-SMB Cebu Sports Awards, you are special. Few excel in sports. Fewer get picked as awardees.

Tonight is the night to meet David Lim of autocross, Lorhiz Echavez of triathlon, Jon-Jon Adlawan of motocross, Tonyo Carcel and Jette Calderon of go-kart racing. It’s the evening to meet the awardees who get a kick out of the World Cup in South Africa: footballers Paolo Pascual, Oliver Colina, the Abellana National School, Carmelo Genco, Glenn Ramos, Christian Noel.

Tonight. It’s unforgettable. I say that in advance knowing that, in the dozens of years that I’ve attended these gatherings, back in 1988 when I was one of the awardees for junior tennis, each year is meaningful. I’ll never forget the late Maning Oyson, one of the founders of SAC, who owned a giant personality despite his small size. I’ll never forget Dondon Hontiveros, our speaker two years ago, or Butch Ramirez, one of the friendliest of PSC chairmen, or Michel Lhuillier, many times a Sportsman of the Year.

Tonight is the night. It’s the evening to salute Buchoy. Boxing’s world-champion-in-waiting, he succumbed to a near-death experience. Yet, he survived and, above all, emerged as the world champion of life. For his bravery, his spirit, his willpower and his instincts of survival, Z Gorres will shine, tonight, as an inspiration to his co-awardees. They’ll pose for photos with him, shake his right hand and find that his grip is firm, they’ll applaud Z.

Tonight is also the occasion to applaud your sportswriters. The women and men who press their fingers against the computer keyboard each afternoon to provide you with stories that amuse, excite and provoke. Tonight is that moment when the reporters, often popular by name but whose faces remain unknown, will take center-stage.

Tonight is the time to thank San Miguel Corporation and Girlie Garces, one of the conglomerate’s top executives, for their year-in, year-out help. Because without SMC and San Miguel Beer, there’ll be no Cebu Sports Awards. The giant company that cultivates Philippine sports is the giant financier for tonight.

ALA? Yes. Tonight, for many minutes, my eyes and ears and all senses will be glued to one man as he speaks and inspires. Our guest speaker, Antonio Lopez Aldeguer, who was born in Iloilo, raised in Bacolod, resided in Cebu, and who has bred world boxing champions, will share with us his universe of wisdom and sports acumen.

Tonight. It’s the evening when you’ll see faces all-smiling. For tonight’s a celebration, a party, a gathering of Smiling People. Fathers will smile. Mary Grace de los Santos, our almost-unbeatable runner, will grin an earful when she receives the trophy from running diehards Max Limpag, Haide Acuña, Raffy Uytiepo. So will Dr. Yong Larrazabal and Jesse Taborada of CERC when they accept plaques for their contribution to popularize running as Cebu’s No.1 recreational sport today.

Today, tonight, what an evening for Cebu.