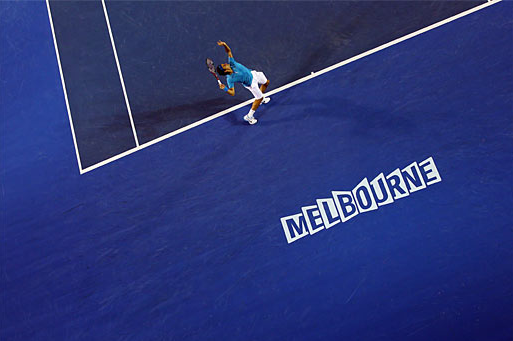 After 14 Australian Open days of first serves that rocketed and half-volleys that dipped and slice backhands that skidded sharper than razor knives, here are 19 final thoughts….

1. Where was Jim Courier? I would have loved for him to have interviewed Roger Federer and Andy Murray during the Awards Presentation. Did you see his interview with Roger after the world no.1 beat Tsonga? That was the best I’ve ever seen. Him chatting with Murray and Federer at that awarding would have been a perfect ending.

2. Serena Williams? Amazing. Bandaged in the legs and looking bulky (well, she’s always looked more like a female NFL linebacker than an agile tennis player), she’s astonishing. Her secret? “My mental game is really strong,” she said. “My dad always said that tennis is 70 percent mental, and I believe that mentally I’m probably one of the toughest on the tour.” Still, her 12 majors is still far, far away from the record of 24 Grand Slam singles titles of Margaret Court of Australia.

3. Funny: When Serena and Venus Williams won the doubles crown, Venus didn’t know it. After winning that championship point, Venus thought they still had one game left to win. Can you believe that? She wasn’t paying attention to the score and, next thing she knew, they were Grand Slam champions! 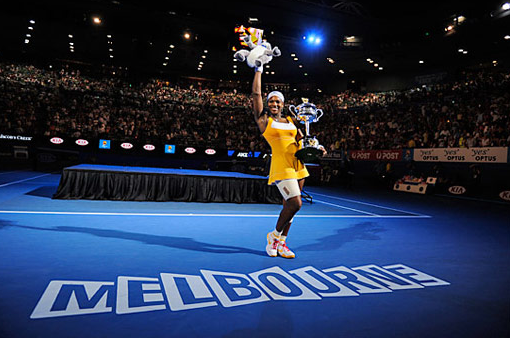 4. I pitied Andy Murray during the awarding. And did his shedding a tear thwart Federer from doing the same when he spoke, as it appeared that the Swiss was teary-eyed prior to their speeches. Quote of the tournament, joked Murray: “I can cry like Roger; it’s a shame I can’t play like him.”

5. Federer has cried multiple times during these awarding ceremonies. Murray did. And Pete Sampras, during the Hall of Fame presentation in 2007, also poured his emotions. Isn’t this admirable to see, some of the world’s most high-profile and toughest of sportsmen, not afraid to cry?

6. Murray was too passive. Well, had he played his aggressive style when he clobbered Rafael Nadal and humbled Marin Cilic, he’d have stood a chance against Roger The Great. But Murray, in those first two sets, was tentative. He poorly floated the yellow ball in mid-court and was content with Roger dictating play. No way can you win against RF by being passive and hoping for him to make a slew of mistakes. Roger is Roger. He’s The Great. To beat him, you need to be aggressive and domineering. Never mind if you lose but that’s your only chance.

7.  The Oz Open was Murray’s 17th major event… the same 17 number when Federer won his first major title. But sorry, it wasn’t to be. 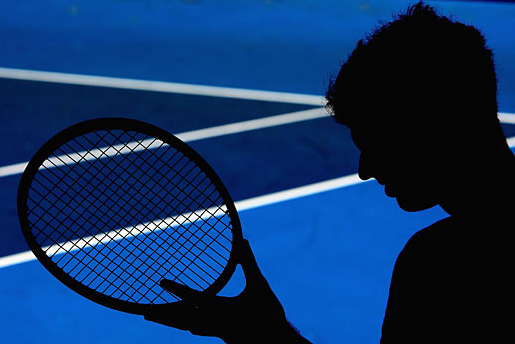 8. The 3rd set tiebreak? Wow. What a delight. Could the climax have been more thrilling than that? Five set points? Two missed championship points? At one point, after hitting a drop-shot, Roger let go of a scramble by Andy that he could have hit… imagine if he lost that set and, ultimately, the match? But no, Roger is Roger.

9. Too much Roger? We see his face up-close during the match and then, come TV commercial break, guess who’s face we see again in the Rolex ad?

11. That “156-0” record, doesn’t that remind us of Tiger Woods, who, once he’s leading in the final day, is unbeatable? Yes and no. Yes, he’s like the dominant Tiger; but, no, Fed fans protest, don’t compare him to Tiger!

12. Roger quote: “My game is not as taxing as other players’ games. I also think I have a very relaxed mind when it comes to the game of tennis.”

13. Ouch! To Rafa devotees, that’s painful. The reason: RN is out for four weeks due to the knee injury. Worse, he’s down to world no. 4 (first time since 2005), below Djokovic and Murray.

14. Blue overdose: the sky was blue, the outer court was blue, the inner rectangle was a different shade of blue, Roger wore the same color and so did Murray. Even the ballkids wore blue.

15. Justine Henin is bewildering. For a body so small (5’6”, 126 lbs.), she wallops her groundstrokes (that backhand!) as hard as anyone. Says Billie Jean King: “Pound for pound, Henin is the best tennis player of her generation.” An interesting fact: Henin was unranked and joining her first major in two years as a wild-card entry; she still needs to play one more event before she gets an official ranking.

16. Nothing like R & R. Watching last Sunday, I miss the duel between the lefty Spaniard and the Swiss right-hander. There’s still no contest like it. The reason? Mentally, Rafa “owns” Roger. Rafa’s forehand to Roger’s backhand? That was RF’s downfall. But an intriguing point: age 28, Roger has almost zero injuries versus the 23-year-old Rafa.

17. The day before the Open began, Roger organized a mixed-doubles fundraiser with Nadal, Andy Roddick, Kim Clijsters and Lleyton Hewitt. The match raised about $125,000.

18. Roger won 16 of his 22 trips to the Grand Slam finals. Of his six losses, one was to Del Potro and five were to Rafa.

19. Wrote Jon Wertheim in SI.com: “A year ago, Roger Federer had lost for the fourth time in five Slams and was reduced to tears by still another defeat at the hands of his rival, Rafael Nadal. Folks were well within their rights to wonder if he’d catch Pete Sampras’ record, if he were the greatest of all time after all. Since then? He’s won three of four majors — and probably should have won the fourth. With Nadal in iffy condition, with Federer’s mastery of the other contenders in majors, with his game back at such a high level, is it so far-fetched to speculate that this might be the year Federer wins all four majors?”