At the Casino Español de Cebu, if you conduct a survey among the tennis players and ask, “Who’s your top doubles player?” one name will surface among the top in the list. His name: Antonino San Juan, Jr., who first dribbled with basketball then spiked the volleyball before swinging at that tennis ball. Today, he’s a Class-A netter whose volleys up at the tennis net are skillful and precise.

The favorite word he memorizes? “Volley.” Because apart from using it often in this game of Justine Henin and Andy Murray, he also happens to be, just starting last month, Cebu’s highest-ranking official of the sport with the same first name: Volley.

Jun San Juan recently took over from Glenn Soco, who’s busy on the campaign trail as a Vice Governor candidate, the title of President of the Cebu Volleyball Association. “CEVA was started in the year 2000 by Glenn Soco,” answered Jun, in our exchange of emails. “I was one of the board of directors. In 2004, I rose to become the Vice President.” Today, Mr. San Juan heads one of the most dynamic of sporting bodies in Cebu. Thanks to him and Glenn and CEVA, their accomplishments the past 10 years have been exceptional. 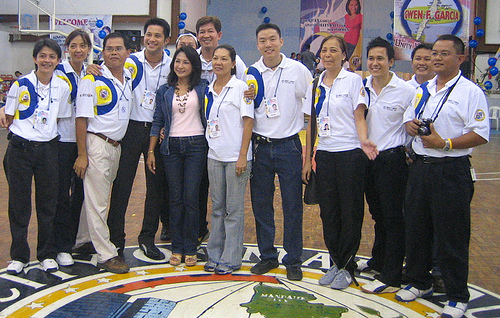 “First, CEVA hosted two international events,” said Jun, when I asked for a list of their projects. “The World Men’s Volleyball and the Asia Youth Girls in 2004 participated in by 11 Asian nations, China, South Korea, Australia, Philippines, India, Thailand, Vietnam, Singapore, Malaysia, Indonesia, and Japan.” An even more popular project is the GUV Cup. Started in 2005, this partnership of CEVA and Gov. Gwen Garcia and the provincial government is now touted to be “the biggest and most prestigious volleyball tournament in the country with 47 participating municipalities and five component cities.” There’s more: The Nestea Beach Volley at Parkmall last year and the First Beach Volleyball in San Remegio, 2008-2009. The annual workshops and attestation of referees and coaches, said Jun, has also produced nine national referees from Cebu. Finally, through the GUV Cup, a national-caliber player was recognized: Jusabelle Brillo.

Yet, despite being the top honcho of CEVA, the interesting story is that Jun San Juan is not even the most famous volleyball personality in his family. His wife, Marichu Jao San Juan, is that person. “Chu” is one of the two Jao twins (together with Marilou Ramirez) who became national volleyball heroes during their athletic days. Cebu Hall of Fame? Yes, Marichu is a member of the exclusive club. The Milo National Little Olympics last October? Yes, it was Chu who lit the torch to spark the beginning of those games. 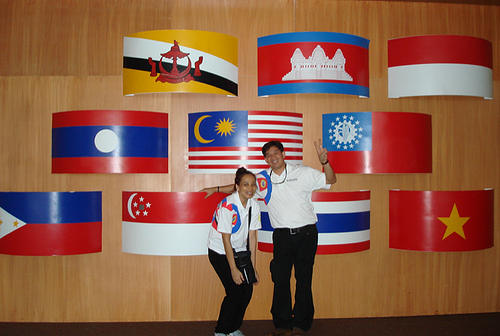 “I used to be a basketball player,” said Jun, when I asked how he started. “But when I saw the twins train and play in the national team in Manila, there was a change of heart and I immediately fell in love with volleyball.” Heart? Fell in love? I’m sure Jun was referring to Chu. After his shift from the orange basketball to the white volleyball in college, Jun became a member of the Mapua volleyball varsity team. Soon after, he was team captain for two years and, he says, “I was later drafted to play for the NCR selection in the Palarong Pambansa in Tuguegarao and was a candidate for the national team in 1981.”

As to CEVA’s plans for the year? They have plenty: 1) Beach Volleyball (Holy Week in Bantayan Island). 2) We will be conducting clinics by district level in the summer. 3) Coaches and Referees Seminar and Workshop at the Capitol Social Hall in August to be conducted by an international referee from Manila. 4) GUV Cup tournament from Sept. to Dec. 5) Planning stage on hosting a Beach Volleyball event in Parkmall. 6) Renovate the existing beach court in Parkmall & change the sand. 7) Planning stage on hosting an international tournament before the end of the year. With Jun and CEVA volleying, 2010 will be a smash. 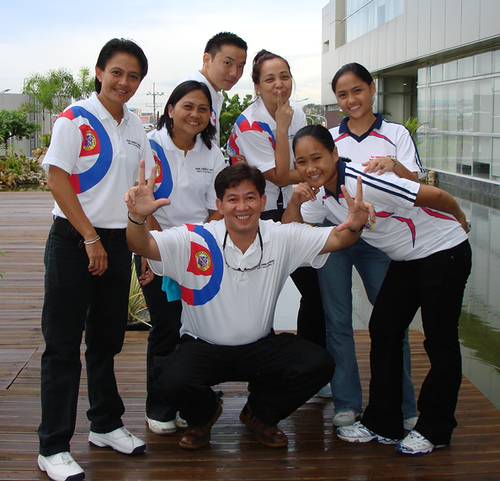