Thanks to my good friend Steve Ferraren for this forwarded email/photo:

Although there still remains speculation on how Tiger got his lips cut up the other night….some say his lovely little wife did in fact take a 9 iron to his mug as a result of a domestic dispute over another woman.  Others are saying that he did a face plant into the steering wheel or windshield when he hit a fire hydrant and then a tree, because he couldn’t sleep that night thinking about the upcoming tourney he was hosting and the problems he has had driving it straight…so he was out practicing bare foot in his escalade!

But, NIKE has once again shown complete support for their prize athlete and have paid for reconstructive lip surgery…. 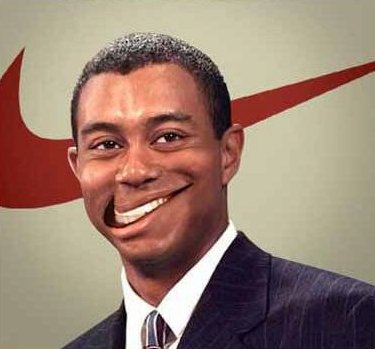