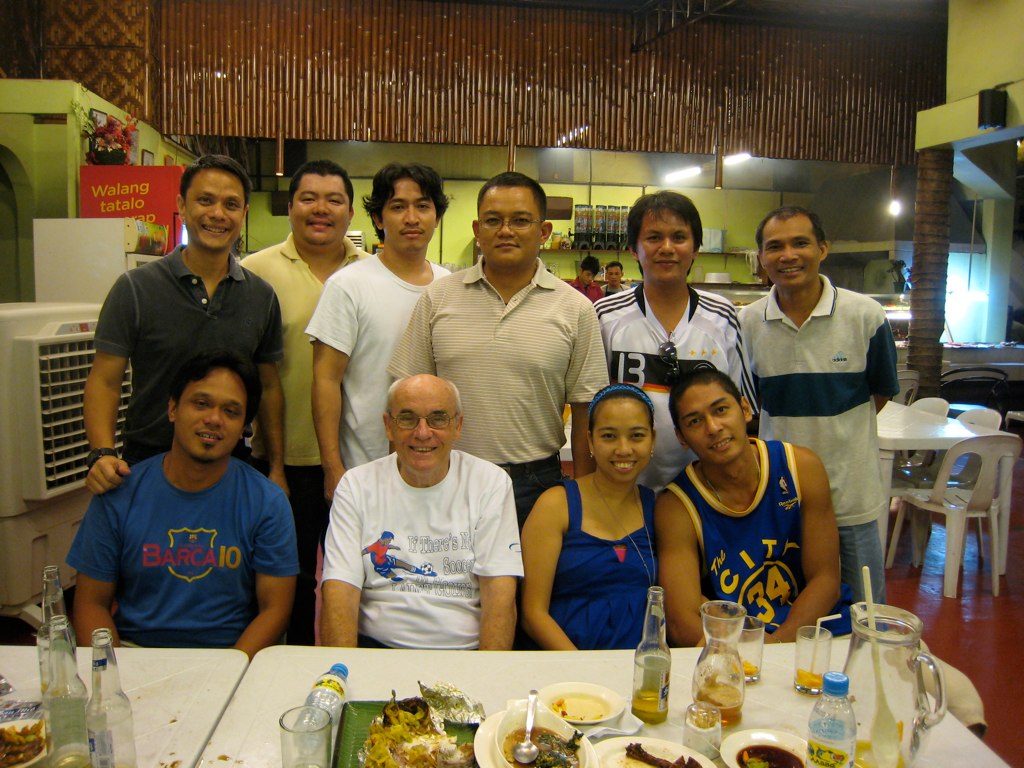 Graeme Mackinnon lived in Cebu for 13 years. He was conferred the Cebu Hall of Fame award for bolstering the sport of football. But the Australian’s “first love?” The game he first played when he was only six years old? Tennis. And so I asked Graeme, now relaxing at home in Bateau Bay, a 100-km. drive from Sydney, to comment on the year’s first Grand Slam tennis event…

Who is your favorite Aussie player of all time? “There have been so many great Aussie players through the years although that list is definitely diminishing for whatever reason. My favorite would have to be “Rocket” Rod Laver. His four Grand Slams in the same year 1962 and 1969 set him apart from so many great players. He had finesse and guile and his touch was exquisite.”

How do you find Nadal’s pink/orange attire? “The fashion police should be out in force and just give Rafa a mirror. It is a shocker.”

Who do you find the prettiest? “Beauty is in the eye of the beholder. My favorite for the beauty stakes is Elena Dementieva. There are many lovely Russian players but Elena always looks feminine. The outfits she wears always look so good on her. But my favorite female player is Justine Henin.”

On the noise: “The grunt and shriek debate continues although with Mike Limpag’s “flame” (Sharapova) extinguished, it will be markedly decibels quieter. When I watched Kim Clijsters and Justine Henin play in the Queensland several weeks ago, I thought then that there was something wrong with the audio. Both of these girls played at the highest quality without grunting and shrieking. What a pleasure it was to watch and hear the noise of the racquet actually hitting the ball.”

What are the ticket prices? “Depending on the day a day or night session a ticket will cost between $60 (P2,500) for the first few days before it starts to spiral upwards (some may say out of control) before peaking at $290 (P12,200) for the men’s or women’s final.”

A Roger-Rafa finale? “We can expect another Roger-Rafa final because they are the two most consistent players and their meetings are legendary. But will they play in the final? There are probably four who could make the final and it would not be a surprise. Roger, Rafa, Andy Murray (away from the expectation of Wimbledon), Juan Martin Del Potro. Del Potro’s my choice against either Roger or Rafa.” 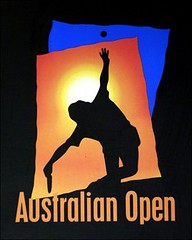 Why is Australia a tennis-loving country? Did this start during the era of Laver and Rosewall? “No it happened well before them. In fact the Australasian Lawn Tennis Association was formed in 1904. We won the first of our 27 Davis Cup crowns in 1907. It also marked the year that Norman Brookes became the first of 12 Australians to win Wimbledon. Tennis has been around in Australia for a long time. Laver and Rosewall are just part of the legacy of those humble beginnings.”

Notice the drums beating in between points? “Because of our cosmopolitan heritage there is always strong nationalistic support for many of the overseas players. These players in many cases come from countries with a strong football culture and the supporters bring that football support to the tennis.”

Have you watched the games live? “No. And I most probably won’t in the future. With the unbelievable TV coverage that we get LIVE and the line-up of commentators who give such an insight into the players psyche I’m happy to be a couch potato for two weeks. We have around 12 hours of live coverage daily.”

Is tennis your country’s most popular sport? “In national participation, tennis ranks low. The Australian Football League and rugby league are No.1 in winter depending on what state you live. Soccer is No. 2 in all states. In summer, cricket, especially when the national team is playing, is No. 1. Girls netball is getting stronger. Tennis becomes No. 1 for couch potatoes in January when there are so many tournaments played around the country prior to the Open.”

Why is Lleyton Hewitt considered by many as arrogant? “He became famous at a very young age by beating Andre Agassi in 1998 in consecutive lead-up tournaments before the Aussie Open when he was 17 years old. He was the third youngest ever to claim an ATP title. He was the first teenager in ATP history to ever qualify for the year-end Tennis Masters Cup (ATP World Tour Finals). And his record of achievements goes on. Maybe it was a case of too much too soon.”

Federer vs. Laver, both at their peak, who’d win? “I think it is difficult to compare different eras. It most certainly would have been a great game but for no other reason than I am unashamedly biased, I would say Rod Laver.”

If Wimbledon has strawberries-and-cream and the US Open has hotdogs…. what does the Oz Open have? “We have a great tournament unfortunately now attracting publicity for all the wrong reasons. A small ethnic group of troublemakers are trying their hardest to disrupt the passion of the record crowds who are flocking to the tennis every day. Today for instance there were 45 Turkish troublemakers (I wont call them supporters) ejected from the Open because of the trouble they were making with flares and abusive language etc. On Monday it was a group of Croatians.”

How hot is it in Australia now? “We are in the middle of summer and it will get hot. Definitely weather-wise and court-wise the temperature will get hotter as the Open progresses. It will vary from a maximum 23 degrees to a maximum of 32 in the next seven days. On the court it will be much hotter though.”

Many years back, the Australian Open was not at par (in terms of prestige, etc) with the three other Slams. But now, it surely is. What did Tennis Australia do? “Moving the Open to its current location in Melbourne has meant a lot of money was able to be spent on upgrading the facility to its state of the art facility it is today. Previously the hosting of the Open alternated in the different states.”

Is Melbourne like the Cebu of Australia (and Sydney is Manila)? “It depends on where you live. Sydney (my hometown) is Manila and Melbourne Cebu. But I know many from Melbourne and there is definitely that same rivalry as Manila, Cebu so they would tell you Melbourne is Manila.”