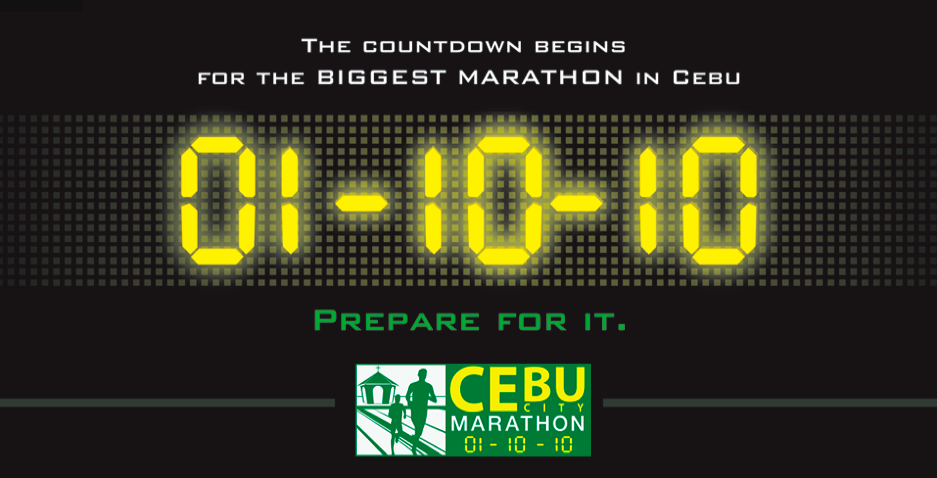 Running has replaced badminton as the most popular recreational sport in Cebu today. If you arise early on a Sunday and visit the two parks—Cebu Business Park and the Asiatown I.T. Park—you will see women and men in short shorts, leggings, sleeveless shirts. On their feet are soft, thick-padded shoes and they’re all moving in forward motion.

This Sunday, Nov. 29? The same. There’s the Go For Green Tourism Eco-Run at the Asiatown I.T. Park and the 4th Seminary Fund Run at the Cebu Business Park. Both start at 6 a.m. Both will invite over a thousand participants each to trample on our asphalted road. Both will ask runners to sweat.

Which brings me to the paramount race in our land: the Cebu City Marathon. Scheduled on “01-10-10,” that’s Jan. 10, 2010, this will be the Wimbledon of road events, the Super Bowl of Cebu racing, the PBA Finals of all Cebu running events.

The main reason? This will be the first time in several years that Cebu will host the full marathon distance of 42.195 kms. Most races are 5K or 10K—this one will be different; there will be three distances: 5K, 21K and 42K.

Next, the SRP. For many of us who drive through the South Road Properties area—and for plenty of us who want to run or bike inside the SRP but can’t—this will be your chance.

The Sinulog. That’s another reason to invite friends from outside Manila to come. Scheduled one week before the grand festival, what a time to see Cebu’s streets—by foot. By running.

And, possibly the best reason of all, is the distance. You see, among runners, the ultimate goal is to finish a marathon. If you’re an elite, world-class runner, it’s like joining the Olympics 100-meter dash. If you’re a boxer, it’s like fighting inside the MGM Grand Arena in Las Vegas. It’s the same with running. As you progress from 3K to 5K to 10K and to 21K… the major challenge is to finish that 42K.

I, myself, can attest to this quest to finish the “holy grail of running.” I started running three years ago and, last December, finally crossed that finish line at the Singapore Marathon. The good news is, Cebuano runners need not travel to Singapore or Hong Kong. This event will be here.

Ato ni bai! The latest update? It’s called the ChampionChip. For the first time in Cebu—and, I believe, in the entire Visayas and Mindanao—the Cebu City Marathon will hand out timing chips for the 21K and 42K runners. This is unprecedented. And expensive! At a total cost of no less than P500,000, our group—the Cebu Executive Runners Club (CERC)—has decided to use the chip. 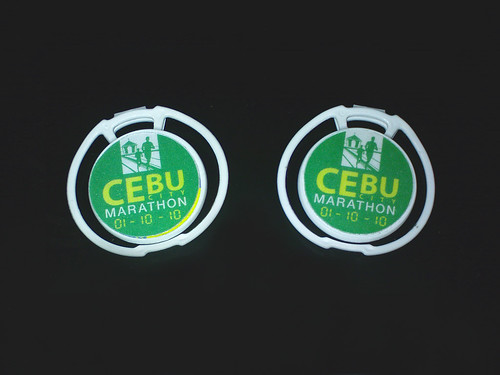 Put simply, this chip is a mini transponder that runners will attach to their shoes. Water-resistant, it will record the time of the runner from start to finish to all points along the route. Benefits? Plenty. It will prevent dishonest runners from making short-cuts. The results, to be posted within 24 hours, will be accurate. And, the organizers will have a hassle-free finish line, devoid of dozens of people checking the time splits of the finishers.

In short, world-class. It will elevate the event to a higher status. This timing chip system—now used in a few races in Manila—is a staple device of races like the marathons in New York, Boston, London and Berlin.