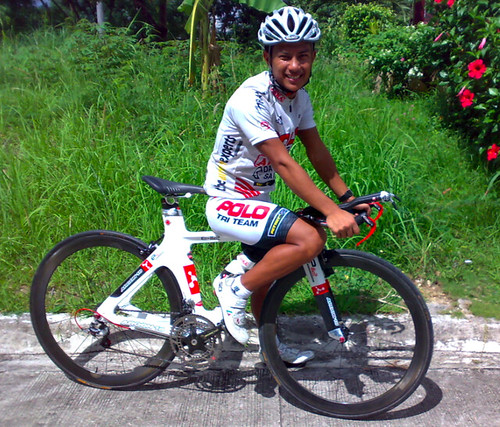 I’ve dribbled a basketball, putted on a golf course, swam 25-meter laps, flicked my wrist in badminton, ran 10-Ks along Osmeña Blvd., swung volleys in tennis and mountain-biked to Tops, but the one sport that I have yet to try is…. Tri.

Here in Cebu, when “triathlon” is muttered, one name above all enters my mind: Noy Jopson.

I’ve known Noy for many years now. His wife, Amale (Mendezona), is one of my wife’s closest friends from high school at STC. Noy and I have swapped DVDs and books on Lance Armstrong; exchanged stories about training regimens and, yes, one night over San Mig Light and together with Atty. Jingo Quijano, debated whether Manny Pacquiao should fight Oscar de la Hoya (“No!”).

Noy is also one of the most humble people that you can encounter; and though he’s lean and slim—inside that body is an engine faster than any Mini-Cooper. 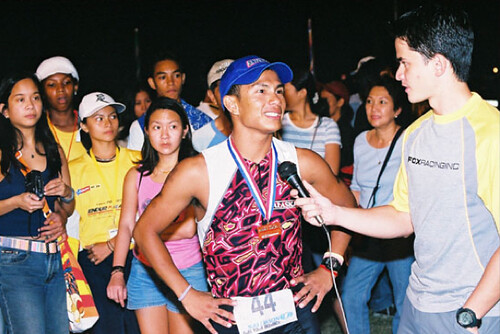 Via email, I interviewed Noy about this Saturday’s event. Here’s our Q & A….

What event are you joining? The Whiterock Long Distance Triathlon in Subic, Zambales, is the premier long distance event in the Philippines. Dubbed as “The Rock,” it is now on its 4th year and comprises a 2k swim, 90k bike and 20k run. (For more info, check out www.extribe.com.ph.)

How long have you trained? I’ve been training for the Whiterock Tri for 10wks. But I’ve been in pretty good shape all summer, I won my age group at Subic Nationals, Olympic Distance Triathlon (1.5kSwim-40kBike-10kRun) last May so I know my form is good, I just had to increase the mileage and total training time to prepare for this long event. 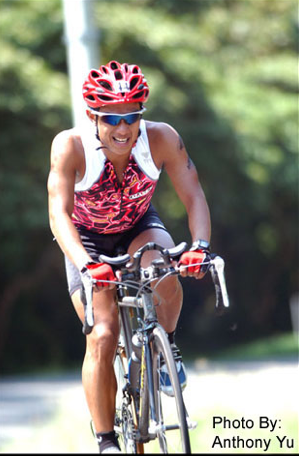 What are your expectations? My goal is to swim 32 mins for the 2k, Bike 2:22 and maintain 38kph on the 90k non-drafting course, then finish it off with a 1:30 Run for the 20k. Total, including transitions, would be 4:40 which is about 10mins off the course record set by Aussie Bevan Leach last year—but would still be about 15mins faster than the best time of any Pinoy. If I hit my target, whether I get 1st or 3rd, I’d be satisfied.

How has your training been? It’s been solid. I’ve been averaging 6k swimming, 280k cycling and 45k running per week. Most of it with good intensity… I don’t have a lot of junk miles.

What were the last events that you joined? The last big event was the Kia Ironlegs Cycling race in Bohol last July 20—it was only 56k from Tagbilaran to the Chocolate Hills but we did some spectacular climbs thru Loboc and the man-made forest. I won that race and am probably in the best cycling shape of my life. Then, just for fun, I did the Osmeña 10K Run and won the exec division in 37:52. I was flying… haven’t ran that fast since I turned 30! 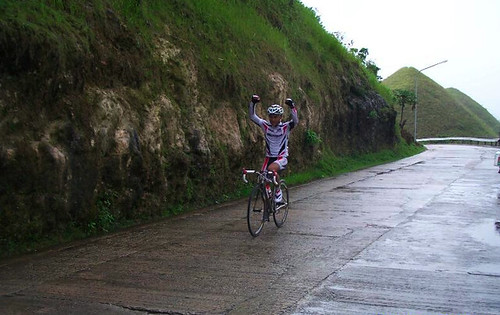 What’s your motto? “Lets all dream big and do great things!”

And, Noy adds, “The dream for me now is to join a real Ironman event in two years (the two I’ve done so far, Matabungkay 2002 and Enduraman 2003, were unofficial ones).” 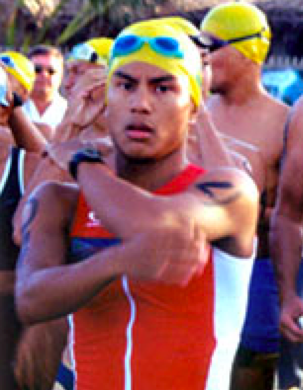