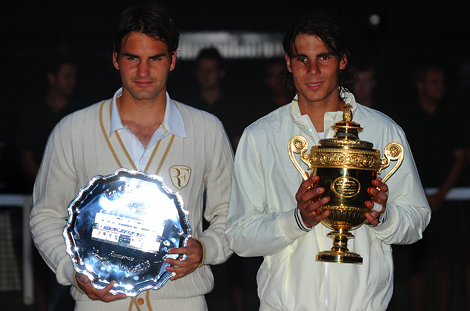 Squandered break points. Rain delays. Two-set comebacks. Saved match points. A finish just 12 minutes shy of five hours. And, at 9:16 p.m. London time, the latest ending for a Wimbledon singles final. It wasn’t just a Grand Finale. It was a Match For The Ages. A rivalry that’s unrivalled. A marathon classic. Here are 14 random thoughts…

2. I slept—after the first rain delay—at 1 a.m. But I know three friends who slept past 4:30 a.m. to finish the finale: Michelle So, Allan Choachuy and Macky Michael. 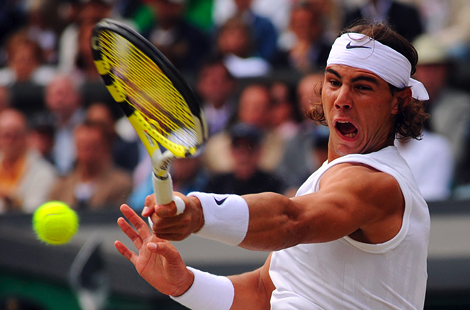 4. With these numbers, I ask, Who’s No.1? Answers tennis guru Bud Collins: “Any way you look at it and no matter what the computer might say, Nadal is the best player in the world. The fact that Federer ranks ahead of Nadal makes the computer rankings look silly.” True. For how can a player who hasn’t won one of the three Grand Slam titles this year be considered better than a guy who has won two?

5. Atty. Frank Malilong worded it best in his text message yesterday: “I’m happy that Rafa won although it wouldn’t have hurt much if it was Roger. They’re both great champions and I’m seeing another golden era for the sport we love.” 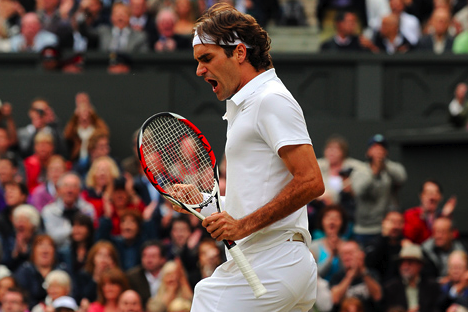 6. How best to describe Nadal? “Ibang klaseng materyales ito!” said doctors Ron Eullaran and Ronnie Medalle, when we watched together at the Gustavian. Here’s another superb observation by my seatmates: the baseline area of the Centre Court was so bruised and denuded of grass that it looked like a… clay court. Perfect for we know who.

7. Isn’t it preposterous? That the families and entourages of both Roger and Rafa sit a foot away from each other? I mean, there’s already enough tension from watching, why make them so uptight by sitting them in the same box?

8. Here’s another: Why are the French Open and Wimbledon, the world’s “slowest” and “fastest” tournaments, scheduled two weeks apart? Doesn’t the year have 52 weeks?

9. After leading two-sets-to-love, serving in the fourth set tiebreak at 5-2, and owning two championship points in that fourth set, can you imagine if Rafa lost? It would have made him brainsick and distraught for weeks. Can you imagine losing a Wimbledon final after those match points? 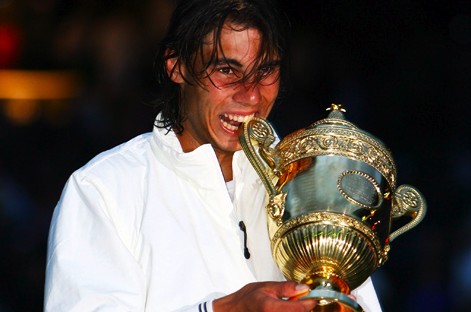 10. What’s left for Roger? The Olympics, US Open and the year-end Tennis Masters Cup. If Roger wins one of those three, it would salvage a depressing year for him.

11. Why Roger lost? He failed to convert on 12 of 13 break point chances while Rafa made four of 13—including the most crucial one at 7-all in the fifth set. Plus, he looked just a little tired compared to Rafa in the final minutes.

12. Chivalrous. That’s one word I best describe R & R, which is defined as “having the qualities of courage, courtesy, and loyalty… gracious and honorable toward an enemy, esp. a defeated one.”

13. That’s why these two players are laudable. They don’t exult their wins nor belittle their fallen opponent. Take Rafa’s words: “I am very happy for me, but sorry for him, because he deserved this title, too… He has won five times and is best player of all history.” Pardon the grammar but aren’t those rarefied words in this sports world dominated by swashbucklers and braggarts? 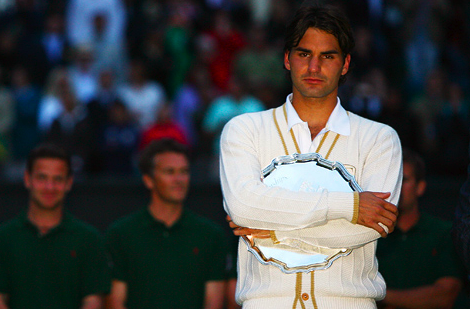 14. Finally, was this the best match ever? Yes, says McEnroe. And here’s Msnbc.com columnist Mike Celizic: “I’ve got to say what I saw Sunday is something I’ve never seen before and find it impossible to imagine I will ever see again. It was beyond thrilling, beyond compelling, beyond riveting. It was the best. Period.”

To read more stories about the final, check this out.