One, we pity David Diaz. My father-in-law, Jack Mendez, one of the toughest men I know who runs Centurion Security Agency and it’s over 1,000-strong force, wiped a tear in his eye when Diaz’s face, lying flat on the floor, all-bloodied with a lump on his left eye, was shown. Because while we cheered for Pac-Man, here was an opponent who grew up poor, whose father was a “no-read, no-write” child, and a boxing champ who could barely afford an SUV because he drove an old-model Honda with no air-con. 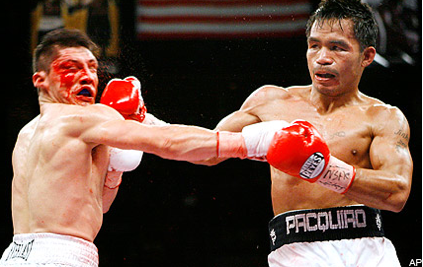 Two, as much as we pitied him, Diaz shouldn’t have been on the same ring with Manny. He was one of the worst enemies Pacquiao ever faced. One of the most banga. He was slow-footed, slow-paced, slow-going and just stood at the center, hanging his head like a Wild Card Gym punching bag.

Three, what did you think of Diaz’s fall? It wasn’t only sudden—it was frightful. I watched the fight at the residence of Ray and Letty Patuasi and was seated beside Atty. Jepthe “Cocoy” Romea and two top Cebu doctors—Ronnie Medalle and Ron Eullaran—who quickly assessed that Diaz, with that split-second head snap, lost consciousness at that moment when, they aptly described, “mura siya ug pusti na natumba (he looked like a post that fell).”

Four, was there any, any doubt who boxing’s pound-for-pound numero uno is? And, let me add, in anticipation of Floyd Mayweather’s return (because, for sure, he’ll un-retire), when Mayweather comes back, the No.1 ranking should remain where it is today. With the Philippines.

Five, how about these words from the usually-hard-to-please Freddie Roach: “That was beautiful. He did everything I asked him to do. I have never given an A+ in my life because I am so critical, but he did everything right.”

Six, I love the Boston Celtics. Nope, I’ve never been a fan. But, given reserved seats by Manny, they showed up—not just the Big Three, but the whole squad. And their emergence at the locker room after the fight made Manny ecstatic. Imagine, the world boxing champ—the hero of Mandalay Bay Resort—asking, like a little boy, a photo shot with KG? Manny’s lifelong wish—not just winning a fourth belt—but meeting Kevin Garnett, was fulfilled.

Seven, Manny should never, ever train on RP soil again. In Los Angeles, he is devoted like a jail inmate is to his warden (remember Bob Arum’s words?). Plus, he is free of Pagcor late nights and, in L.A., there is no presence of—rumor or not—Ara Mina.

Eight, Manny is immaculate at 135 lbs. Rewind our thoughts back to his fight against Marquez: during the weigh-in, he was 129 lbs. but, the day after during the fight, he stood at 146 lbs—a plus of 17 lbs.! Can you believe that? No wonder Manny was slow and owned a scarcity of energy. Last Sunday? He was a fireball. A dynamo. He zipped. His voltage level was 99,999 watts. He had the zest of a starving lion. He pounced. Stung. Darted his arrows. Pierced Diaz’s skin. He pulverized his abdomen, bloodied his eyebrow, dug a cut on his nose. All because Manny was sprightly and possessed quantum energy at 135.

Nine, and how about a round of applause for President GMA? She was in San Franciso, in the nearby California state, only a couple of hours by plane, but she refused to watch Pacquiao, not wanting to celebrate and cheer and be seen grinning ear-to-ear when her country just suffered an indescribable tragedy. 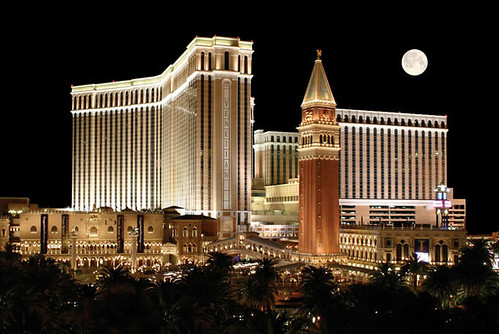 Ten, don’t we all want Pacquiao’s upcoming fight to be in Macau? Why? Well, since this burgeoning gambling capital of Asia is just, what, three hours away, wouldn’t many of us—a planeload of Cebuanos—want to trek and watch him at The Venetian?

Finally, Pacquiao is a good man. He is. He’s filled not just with speed and power but, just as well, with kindness and sympathy. For who, other than the greatest Filipino athlete in our history, would bend down low to check on his fallen enemy and try to lift him up? 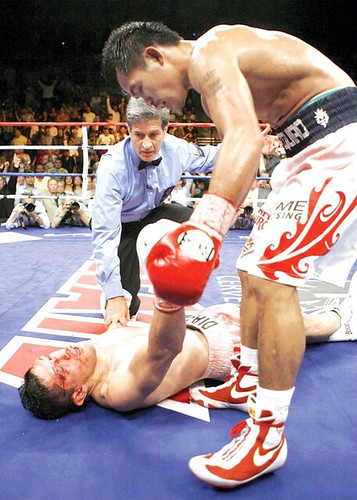