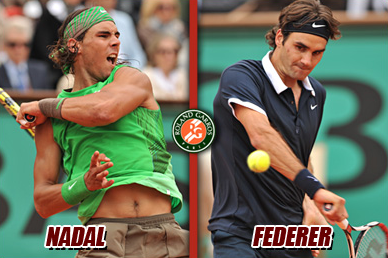 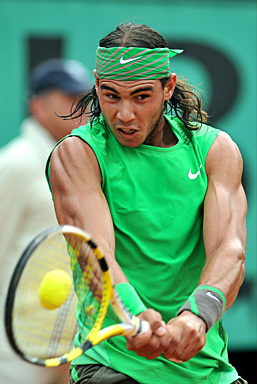 RF, you see, owns five Wimbledon, four U.S. Open and three Australian Open crowns and, to date, prize money totaling (computed in pesos) P1.8 billion. Yet, I’m sure he’d trade a couple of those silverware—and hundreds of millions of pesos—for the one title missing in his resume: The French Open.

Rafael Nadal? He’s been Roger’s bridesmaid forever. A Robin to Batman. But not in Roland Garros.

And so, here we are again, like we were the past three first Sundays of June, served with an “R & R” finale.

To us, TV viewers, it’s the perfect R & R: Rest and Recreation. But to the two gladiators who’ll face each other later (9 p.m. tonight, RP time), it’s another R & R: Revenge vs. Respect. 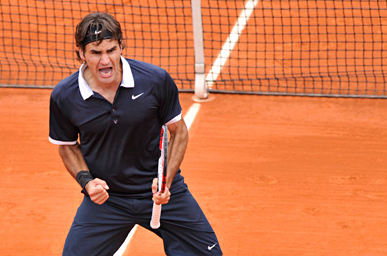 For Roger, it’s Revenge. For the past four seasons in Paris, he’s lost to the same lefty. In their last nine meetings on clay, he’s lost eight. Overall, he won six, lost 10. And isn’t Roger no.1?

For Rafa, it’s Respect. Among Nadal’s many credentials, one stands out: He is the longest-reigning world no. 2 ever (150 straight weeks). Not bad, you’d say. But not good! It means that, like a Mt. Everest climber, he’s almost, almost at the top—but never quite reached the summit.

My analysis of tonight’s R & R?

Roger has to attack. He has to sprint like a cheetah to the net, serve-and-volley, slice forward, rush the net, flick volley winners, smash as if he had the height of a giraffe. Roger has no other option. If he stays back and slugs it out for 15 backhands and 15 forehands, he loses 25 of 30 tries. 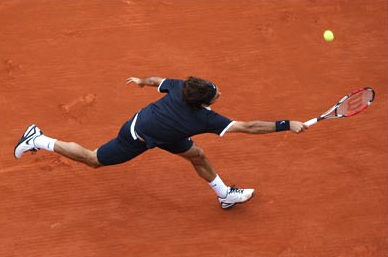 But rushing the net against Nadal is, as we know, no easy feat. Still, that’s Roger’s only chance. (An example: Against Gael Monfils in the semis, RF won 49 of 64 trips to the net. He won.) Roger also has to vary his shots. Slice. Short angles. Drop shots. Moon balls. Then, attack.

I know, I know…. Everybody’s tried this—to no avail. But it’s RF’s only chance.

Nadal? How big a favorite is he? Almost all the six matches he’s played, I’ve watched. And here’s my scary—to Roger, that is—conclusion: He’s gotten better. He’s just as quick, intense, consistent—but his backhand’s improved. While before it was reliable—today it’s a weapon. Many times I’ve seen him pushed all the way to his right, outside the court, yet he manages to sting a backhand cross-court winner. 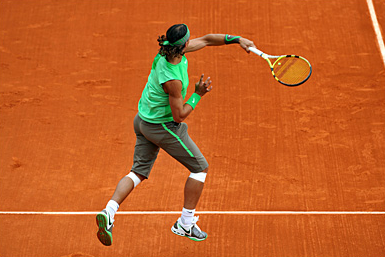 Against Novak Djokovic? In the first two sets, he tutored the Serb, served him a lesson in the ABCs of clay. “The way he plays now, it’s really tough,” said Djokovic. “He’s a favorite in every match he plays against whoever he plays on this court. He never lost here. Of course sometimes the people wonder, ‘Is it possible or not?’ But everything is possible. Nobody’s unbeatable.”

Yes, Novak. The question is, will your ‘Nothing is Impossible’ slogan by Adidas be worn today by the Nike-wearing Federer?

For the first time… Roger. 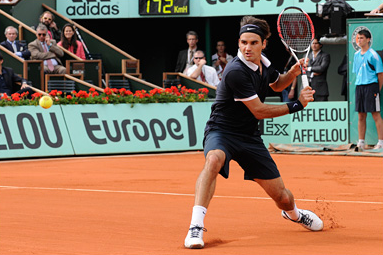 I know he’s the underdog but, as we’ve seen on too-many-to-count occasions, RF has risen to the challenge. And this 2008, Roger has the chance to be named “The Greatest Ever.” If he wins tonight, he’ll collect Grand Slam title no. 13 and, with Wimbledon and the U.S. Open looming, he can surpass Pete Sampras. Plus, a bonus: the Beijing Olympics. Imagine Roger winning them all?

We hope. We wish.

As to Nadal, well, let’s just say that he’s expected to win. If he wins, he wins. Nothing new. He’s 27-0 at Roland Garros; 40-0 in best-of-five matches on clay. So, it’s expected. Plus, this is Nadal’s casa. He doesn’t live there—he possesses it. Paris is his private playground. 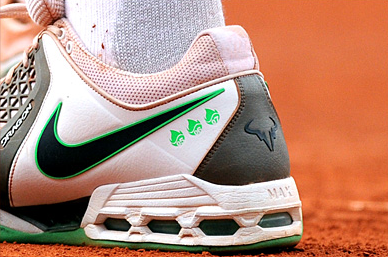