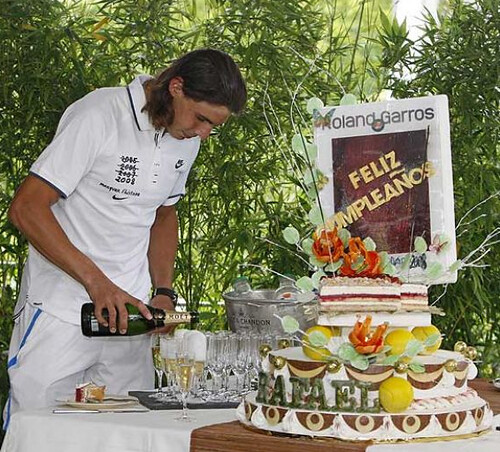 His governance over France began in the year 2005 when, as a teenager aged 19, he stepped on the red clay of Roland Garros and swung his sword. Amazing but true, on his first-ever try, he won the French Open trophy.

The next year, his empire was threatened. The reigning world leader, Sir Roger of Switzerland, attempted to steal the crown from the Spaniard’s head. With racquets, they fenced. And, burdened by the extra accolade as “Defending Champion,” Nadal was pushed by Federer. But in the end, Spain prevailed.

Then, last year, critics announced: Spain’s dominion will fall! But, just like the past, Nadal wins. Spain rules!

“Spin it any way you want,” said the Swiss, holder of 13 Grand Slam titles except the French, “I’m disappointed to have lost. I couldn’t care less how I played the last 10 months or the last 10 years. At the end of the day, I wanted to win that match. I couldn’t do it. It’s a shame.”

So, here we are, it’s 2008, and, once again, the Spanish kingdom is under threat. Thus far, of the 25 times that he’s stepped on the French clay to play, Nadal has been perfect: 25-0. Unimaginable record.

The other night, I watched the Balls channel of SkyCable. The Spanish ruler was playing a fellow Spaniard. It must have been painful, I told myself, for a king to go against his countryman. Well, yes, painful. For the score that Nadal embarrassed Fernando Velasco – a 6-1, 6-0, 6-2 lesson in Spanish history – was, yes, painful.

So far, Nadal hasn’t lost a set. In his last nine sets, he’s only dropped 13 games. And, another of those Ripley’s Believe It Or Not statistics, Nadal has won 37 of his last 38 French Open sets.

Why? Why can’t anyone steal that crown? Why the incredulous clay-court record of 112 wins in 114 matches? Why has this native of Mallorca, Spain own a 21-1 record in clay-court finals?

His intensity, his will to win — they’re undisputed. Which translates to this: He gets to almost every shot, making his opponents hit five, seven, 12, even 23 shots to win a single point. From the opponent’s viewpoint, it’s demoralizing. You see, Rafa, in the eyes of his fellow players, is not human. He’s “The Wall.”

“He kind of wears you out or wears you down. He’s the type of guy that’s going to make you miss,” said Roger. 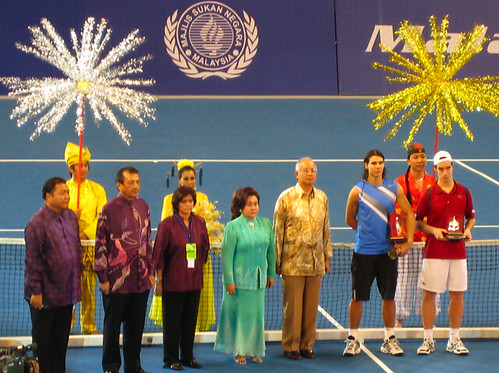 Here’s another plus for the Spaniard: He’s left-handed, which means the spin of his shots goes the opposite way. And, that word “spin.” Nobody generates more spin than this lefty?

“His spin allows him to move opponents out of position,” said Jim Courier. “Court position is the battle on clay, since the slippery nature of the court makes recovery quite difficult.”

That match against Djokovic you have to watch. Said Graeme Mackinnon, the Cebu football Hall-of-Famer, who e-mailed from Australia yesterday: “The semi will be better than the final. It would be the best opportunity for R to win the final. Especially if the R & D semi goes 5 sets. Five looooooong sets. Oh and yes I will watch the games. Live wall to wall all night and replays all day if you are not an insomniac.”

Graeme is tennis-crazy — and correct.

Another Spain vs. Switzerland battle this Sunday for France?