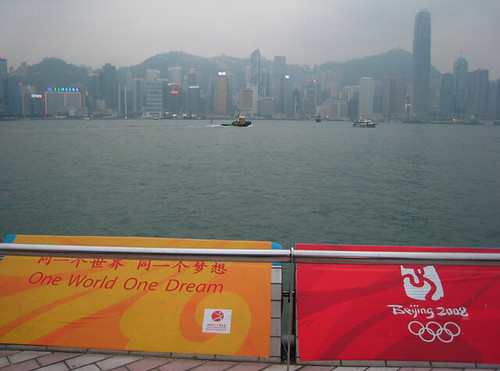 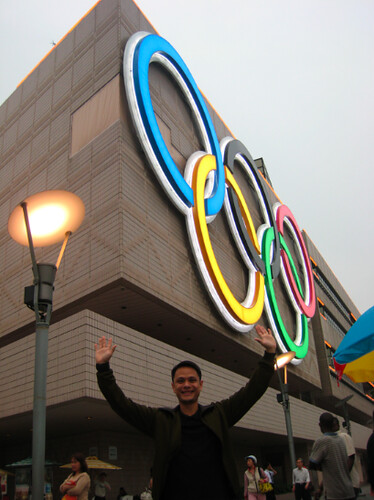 You’ll see banners. Streamers. Billboards. Posters. Color red with the “Beijing 2008” name and, another, color yellow with the words “ONE WORLD ONE DREAM,” they litter the hallways and thoroughfares and side streets of Hong Kong. 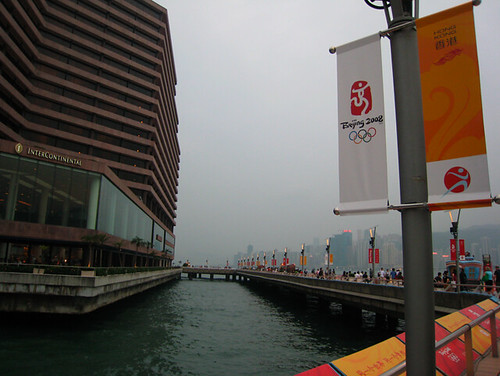 Mascots? Those cartoon characters that the Chinese developed to help advertise the Games? Ah, they’re everywhere. Visit McDonald’s and, before entering the store, at the top you’ll see the five multi-colored figures greeting you hello. The Fuwa, they’re called (meaning “friendlies”), the mascots consist of five members according to the traditional five elements. Two of the five mascots represent members of endangered species—Jingjing, the giant panda, and Yingying, the Tibetan antelope. The three others—Beibei, Huanhuan and Nini—represent the fish, the Olympic Flame and the swallow, respectively. 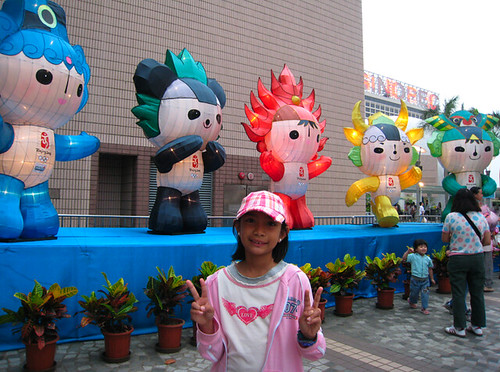 These mascots reside all over Hong Kong. At the harbor, there are giant figures—all lighted so they glow and attract attention. The five of them stand on a stage ready to be photographed and, near the tower clock beside the Star Ferry terminal, another set of mascots are lined up each depicting a sport: Beibei rides a bike, Jingjing grips a tennis racket, Huanhuan kicks a football. 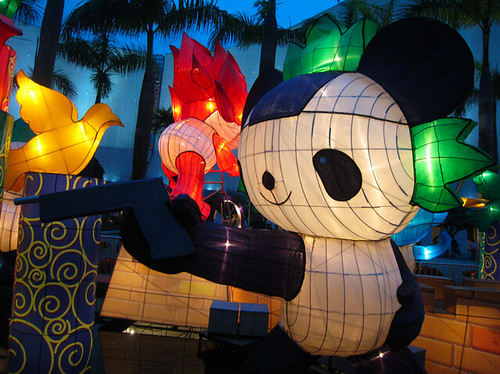 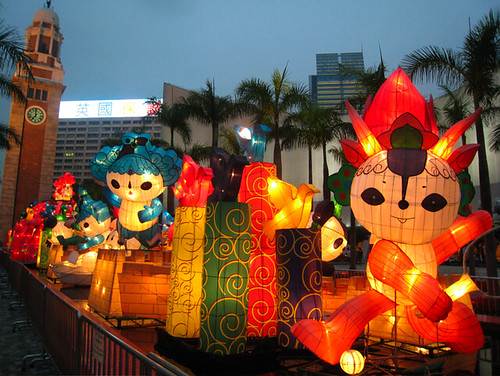 Is Hong Kong an Olympic venue? Yes, for one sport: Equestrian. At the Shatin racetrack, where the Hong Kong locals visit to bet on race horses, they’ll get a chance to join Beijing as Olympic hosts. To promote the sport of equestrian, you will also see horses galloping around town. Like the giant billboard they glued to the wall of a building, equestrians ride on beautiful brown thoroughbreds. 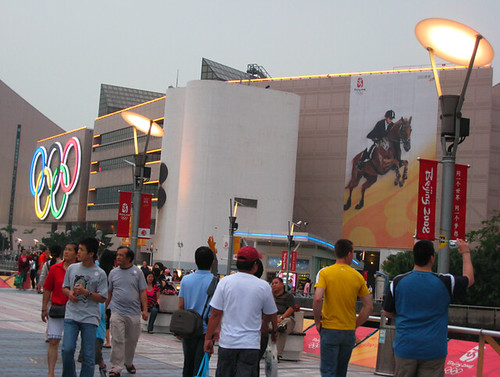 “Beijing 2008” souvenir items are also sprout in every corner of Hong Kong whose population—much less than ours—is only 6.9 million people. Near our hotel in Tsim Tsa Tsui, there is one store dedicated to selling only authentic Olympic souvenirs. There are bags, wallets, T-shirts, and a tiny replica of where the Opening Ceremony will be held, “The Bird’s Nest.”

Back to the harbor: Near the edge of the railing, beside the water and overlooking the majestic view of the Hong Kong island, stands a red figurine. It’s the Olympic torch. Giant-size but with no fire burning, it was a big hit for tourists as dozens posed, holding their hand out as if grasping the torch. 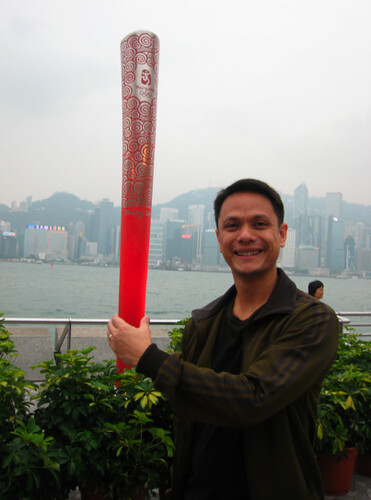 The Hong Kong newspapers? Each morning, I read the South China Morning Post. In their sports section, apart from news about the L.A. Lakers, LeBron James, and Manchester United’s capturing their 17th English league title with Wayne Rooney pictured in all-red, the story was divided into two topics: Beijing and Beijing.

The biggest Chinese Olympiad? His name is Liu Xiang, the world record-holder in the 110-meter hurdles. And, just three days ago, he joined the Japan Grand Prix and went on to win the gold medal. The first-ever Chinese to win the gold medal in the track-and-field sprint in the Olympics (he did it four years ago in Athens), he is a hero in all of Hong Kong—where his face adorns Nike shops and he’s expected to win another gold this August.

For with only 87 days to go, Hong Kong can’t wait for Beijing.

And to all the moms… and to the mom of my daughter Jana……. 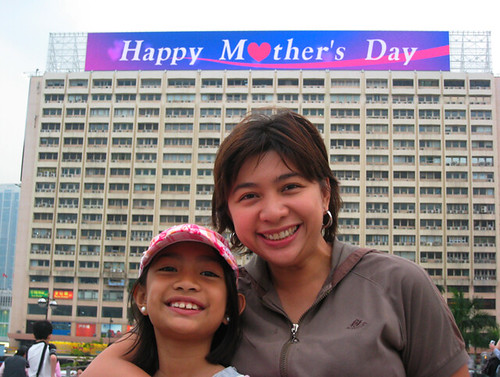