I had to call. I had to seek the opinion of this highly-esteemed Filipino boxing judge. And so yesterday, at 5 p.m., I called.

Jonathan Davis, 58, first sat on that high chair beside the ring with pen and paper on hand in 2002. Since then, he has presided as judge over 400 fights. “When Flash Elorde fought and I was in high school,” said Davis in our 20-minute telephone conversation, “I’ve been doing my own boxing scoring.” 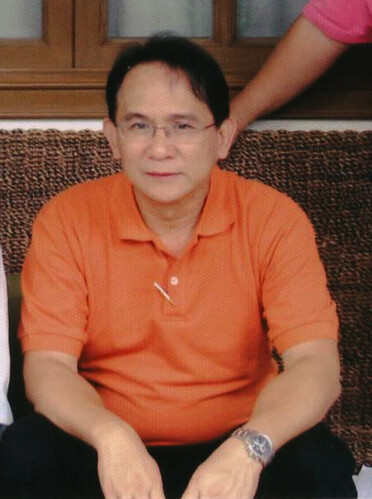 I was curious to know how judges score. Jonathan explained: “Decades back, we had a 5-point must system for scoring,” he said. “And during that time, it was not uncommon for six or seven of the 15 rounds to be scored ‘5-all.’ And so they said, ‘The judges are indecisive, they’re playing it safe.’

“So this was changed to the 10-point must system. This meant that judges had to look for a winner in each round. The winner gets 10 points; the loser, nine points. When a knock-down occurs, that’s 10-8. When a boxer is knocked-down twice, that’s 10-7. Thrice, 10-6. That’s why in the first Pacquiao-Marquez fight, one judge made a mistake (while the two others were correct) when he scored that first round 10-7. Because Pacquiao knocked Marquez down thrice, the score should have been 10-6.”

How do you score, I asked Jonathan. “To be honest,” he said, “we don’t enjoy the fight as much as the spectators. Why? Because as a judge, you cannot root for your fighter. While it is natural for a spectator to look at one’s fighter more, we can’t do that. We look in the middle. And mentally, we count the punches landed. If it’s a tie at the end of the round, before the referee circles around, we think back on who hit the harder blows.”

Jonathan revealed a secret. “At times, when one boxer is out-punching the other, deep inside we wish that the other won’t come back and tie the score… to make our job easier,” he said, laughing.

“As judges, we’re also advised not to give a mental count of each round,” he said. Jonathan is right. If a judge tries to tally his scores from the previous rounds, he might be biased towards the end. “What’s important as judges is to focus on just one round at a time.” 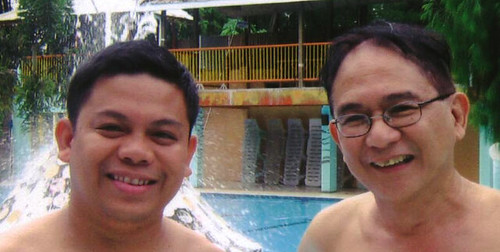 Jonathan Davis is not full-time into boxing. Though he’s traveled to Korea, Thailand and Japan to judge, his day job commands a huge responsibility: At Banco Filipino, he assumes one of the bank’s highest positions as the 2nd Assistant Vice President and Area Coordinator for all Metro Cebu branches.

But boxing is where Jonathan Davis is most respected. In particular, one fight stood tallest: the Z Gorres vs. Vic Darchinyan bout last Feb. 2 here in Cebu. In that “Now or Never” fight, majority who watched saw Darchinyan winning. But when the judges’ scorecards were read—the Thai judge saw Gorres winning while the New Zealander called it 113-all.

Mr. Davis? Never mind that Z Gorres is a fellow Cebuano, he called it as he saw it, with Darchinyan winning, 114-112. That led to a draw decision.

“I’m nominating Davis as Pinoy boxing personality of the year no matter what Manny Pacquiao does March 15…,” wrote Michael Marley in www.boxingconfidential.com two days later. “I know it takes leather balls to play rugby but Davis showed a big pair of cojones by scoring the fight so fairly despite a partisan crowd that was throwing various missiles into the ring.”

Back to last Sunday’s fight, I asked Jonathan, who won?

“We, Filipinos, of course, were very happy with the result,” he said. “And, if you scan many of the articles by the American sportswriters, they didn’t think it was an unfair decision. All of them were unanimous in calling it a great fight.”

The verdict? “The first two rounds, Marquez was impressive and everybody realized how prepared he was. Then in Round 3, Pacquiao scored a knock down. It was even. But as the fight continued, Marquez built a very big lead. Starting in the 10th round, I had Marquez up by three points. And though I gave Pacquiao the 11th and 12th, I thought he was too far behind….. I had Marquez winning, 114-113.”

The judge has spoken. What do you think?