If you turned on your cable TV set and watched Star Sports from 5 to 7 p.m. last night, you’d be in disbelief, puzzled, scratching your head. Rafael Nadal? The world no.2? The man who hasn’t lost a set at the Oz Open? He’s being clobbered in straight sets by an unknown, unseeded, unheard-of Jo-Wilfried Tsonga? 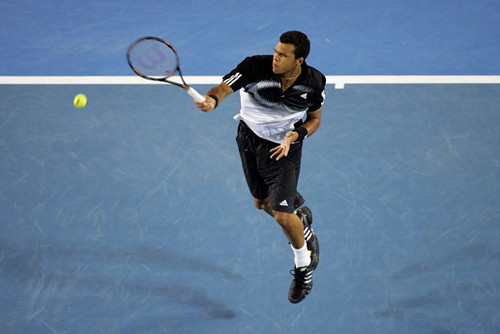 Yes, yes, yes. As unbelievable as it was to watch it, here’s something to believe in: A superstar is born in Tsonga. He’s quick, serves 220-kph aces, has an all-power forehand; he can attack, drop volley and, what’s best, he’s charismatic and looks like Muhammad Ali.

Now… Imagine this Sunday finale: Roger “The Greatest” Federer against the man who looks exactly like “The Greatest.”