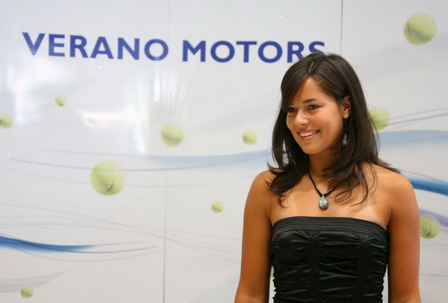 Yesterday, my mobile phone beeped at 1:10 p.m. It was my dad, Bunny, with this text message: “John… your favorite was clobbered by Hantuchova in the 1st set, 6-0… Also, she got broken in the 1st game of the 2nd set… Hope she recovers but it’s a big mismatch thus far…”

The big tennis fan that he is, my dad spoke of the ongoing Australian Open, the year’s first tennis Grand Slam event. The match he described?

Ana Ivanovic vs. Daniela Hantuchova. I quickly devoured what was left on my lunch plate and raced to the TV screen. The score: 6-0, 2-0. In favor of Daniela. I couldn’t believe it. Here I was, predicting an Ana victory, possibly in two easy sets, and here she was losing… the first eight games! Unbelievable. I sat down to watch. Ana won a game, then another, and then one more. The next thing I knew, she won six of the next seven games to snatch the second set, 6-3. We’re in for a fight. In the third set, the match see-sawed until Ana finally broke Daniela at 4-all and went on to win, 6-4. 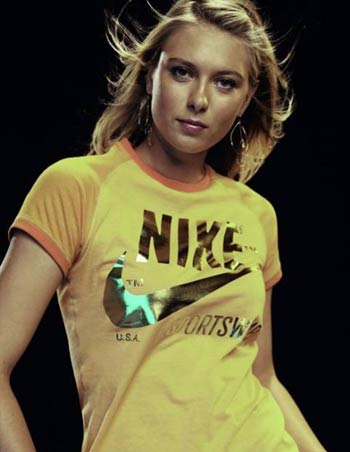 Why is this contest interesting? To start with, these two have led difficult childhoods. And while they’re millionaires today, they grew up poor. Take Sharapova. Her parents left their Russian hometown because of the Chernobyl nuclear disaster. At the age of seven, Maria and her father (with only $700) left for Florida without knowing how to speak English. Theirs is a story of hardship… and trophies.

Same with Ivanovic. She started tennis at the age of five, inspired by the game of Monica Seles. When she was 12, NATO bombings shelled their country so she had to train in the mornings to avoid them. And during winter when no facilities were available, she had to practice in an abandoned swimming pool. 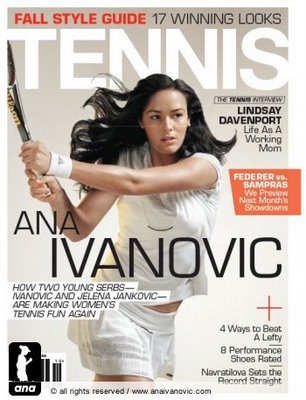 My pick? If you ask me to bet, I’ll go with Maria, who’s more experienced with her two Grand Slam singles titles (Wimbledon and the U.S. Open). Their head-to-head record? It’s 2-all. This is why this match is all-interesting. But here’s an interesting fact: In their four meetings, only once have they met in a major, at last year’s semi-finals of the French Open. And would you believe, on the bigger stage, Ivanovic humiliated Sharapova with a 6-2, 6-1 score. So don’t count Ivanovic out, for as the saying goes, “the ball is round.” 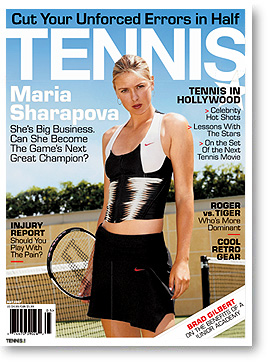 What can we expect tomorrow? A lot of fist-pumps. A lot of shrieks from Maria and smiles from Ana. It’s Nike vs. Adidas. Black-haired beauty vs. Ms. Blonde. The fifth-seed (Maria) vs. the fourth-seed (Ana). The Prince O3 racquet (Maria) vs. the Yonex RQiS Tour 1 (Ana).

But regardless of tomorrow’s winner, you know who the biggest winner is? Women’s tennis. For here you have, on the world stage, the two most attractive and dazzling women in all of sports.