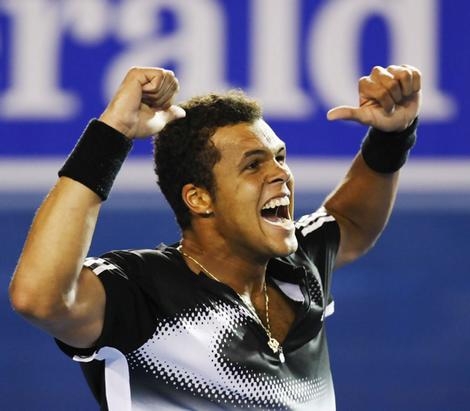 1. I like Jo-Wilfried Tsonga. When he meets Novak Djokovic at 4 p.m. (RP time) later for the final, I’ll cheer for him. I hope he wins. And if he plays like he did against Rafael Nadal, he’ll win. But will the enormity of a Grand Slam final rattle his brain? And unnerve him? I hope not. Because watching him play Nadal, it’s hard to find someone so unruffled, unaffected, unflappable. Yet…

2. Djokovic will win. I hate to say this but he will. Tsonga (pronounced “Songa”) is playing in only his fifth career Grand Slam event. Novak? He played at last September’s U.S. Open final. So he’s experienced and, at world no.3, more reliable in pressure-cooker situations like today. Still…

4. Back to Tsonga-Nadal: In all the decades I’ve watched this sport, I must rate Tsonga’s game that night as one of the most immaculate and masterful I’ve seen. Nadal is no slouch. He runs like a cheetah and is built like Hulk Hogan. Nobody—not even the great Federer—embarrasses Nadal. Until Tsonga did last Thursday.

5. Is Tsonga for real? Where did he come from? Is he, as so many are, a one-event fluke? A star who glitters today but who’ll evaporate tomorrow? No, no. A former US Open junior champ, the reason why he’s appeared only now is because he’s been badly injured. But now that he’s healthy, enemies beware…

7. Will Djokovic be no.1? Not this year but, without question, the answer is YES. He has all the tools of a tennis engineer. Serve. Forehand. Two-handed backhand. Tenacity. And, yes, as his name implies, he’s also a Djoker. 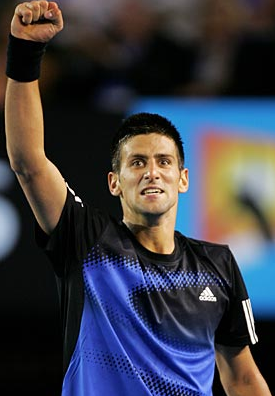 8. Have you seen his YouTube videos? You should. You have to. They’ve scored over six million hits… and counting. To view them, I’ve posted a few at my blog: www.pages.ph.

10. Sharapova will rise back to No.1. Today, she’s focused, aggressive and, looking at her closely (aren’t men experts at this?), she’s lost even more weight and looks leaner and fitter. Plus, if she wins the French Open this June, she’d have won all four Grand Slam titles—a feat very few accomplish. And she’s only 20.

11. Did you listen to Sharapova’s speech during the awarding? It was one of the most touching and eloquent that I’ve heard.

12. I love the text message sent to her by Billie Jean King the morning of the final: “Champions take chances and pressure is a privilege.” Read it again. And think about it. It’s true.

13. Unfortunate for the ladies: While the men play the finals at 7 p.m. (Melbourne time), the women play under the scorching sun at 1:30 p.m. Why?

14. I received dozens of text messages the past few days. Here’s one from Dr. Ronnie Medalle: “Partner! What in the world is happening to tennis? Fedex losing in 3?” and “If Tsonga continues to play like that, he’ll be the new unbeatable Fedex.” 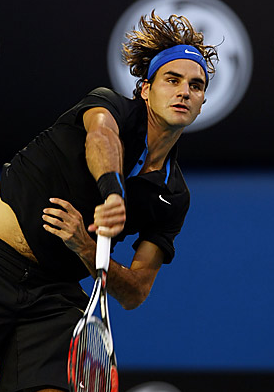 16. And one more… from Gerry Malixi: “Wow, what a season in tennis. Nadal and Federer ousted! By two awesome players. Tsonga, Muhammad Ali look-alike; Djokovic, funniest pro athlete ever!”

17. Federer? Still remember him? What happens next?

18. Nothing. He’s still breathing. And, bad news to the rest of the world, he’ll emerge hungrier. But consider this: A man loses for the first time in 35 successive semifinal matches and people faint and scream, “UFO INVASION!?” Relax, guys. At least now we know that Roger’s like you and me. A human being.