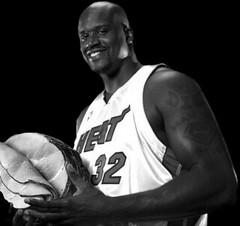 “If they cut my bald head open, they will find one big boxing glove. That’s all I am. I live it.” – Marvin Hagler 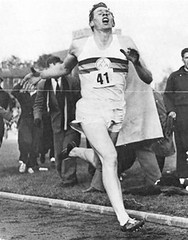 “When I step onto the court, I don’t have to think about anything. If I have a problem off the court, I find that after I play, my mind is clearer and I can come up with a better solution. It’s like therapy. It relaxes me and allows me to solve problems.” – Michael Jordan

“No, my dad was fun.” – Phil Mickelson, when asked if his dad was like Earl Woods
“I always feel pressure. If you don’t feel nervous, that means you don’t care about how you play. I care about how I perform. I’ve always said the day I’m not nervous playing is the day I quit.” – Tiger Woods

“You are never really playing an opponent. You are playing yourself, your own highest standards, and when you reach your limits, that is real joy.” – Arthur Ashe 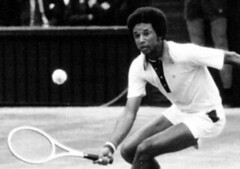 “Pain is temporary. It may last a minute, or an hour, or a day, or a year, but eventually it will subside and something else will take its place. If I quit, however, it lasts forever.” – Lance Armstrong

“You can’t win unless you learn how to lose.” – Kareem Abdul-Jabbar 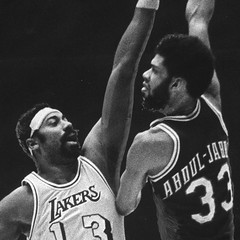 “Good teams become great ones when the members trust each other enough to surrender the Me for the We.” – Phil Jackson

“The key is not the “will to win” . . . everybody has that. It is the will to prepare to win that is important.” – Bob Knight

“Boxing is the ultimate challenge. There’s nothing that can compare to testing yourself the way you do every time you step in the ring.” – Sugar Ray Leonard 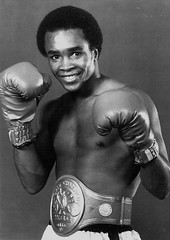 “You can make a lot of money in this game. Just ask my ex-wives. Both of them are so rich that neither of their husbands work.” – Lee Trevino

“The 5 Ss of sports training are: stamina, speed, strength, skill, and spirit; but the greatest of these is spirit.” – Ken Doherty

“The quality of a person’s life is in direct proportion to their commitment to excellence.” – Vince Lombardi

“I’m scared every time I go into the ring, but it’s how you handle it. What you have to do is plant your feet, bite down on your mouthpiece and say, ‘Let’s go.’” – Mike Tyson