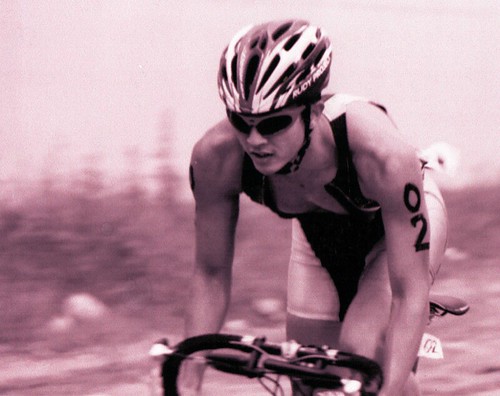 ALA is The Father. You know him. Everyone knows him. Mention the words “boxing” and “godfather” and “Cebu” in the same line and you receive one reply: Antonio Lopez Aldeguer.

ALA has three children—all boys. The eldest is Jay. You know Jay. If you read this paper’s Business Section or visit the Ayala or SM malls and gaze at the Sinulog colors of Islands Souvenirs, then you know the creative genius behind the Aldeguer Group of Companies. That’s Jay. Next, there’s Michael. And this ‘007, nobody’s been more visible than Michael. If you recall the World Cup of Boxing, it was Michael in gelled hair and dark black suit who climbed the ring as manager of Boom-Boom and AJ. The eloquent speaker and new face of the ALA Boxing Gym? That’s Michael.

Though not as often-featured as the other A-Team members, but let all four of them dribble the basketball, run the 10-K, swim the Mactan Channel, or pedal for 100 kms. from Cebu City to Bogo and one Aldeguer will emerge as champion: Chris.

Chris was a college basketball varsity point guard at USC before shifting gears to tackle the ultimate sport of triathlon. “I started in 1998 and lasted until January 2003,” said Chris. “In that span, I joined nearly 100 triathlon races.” 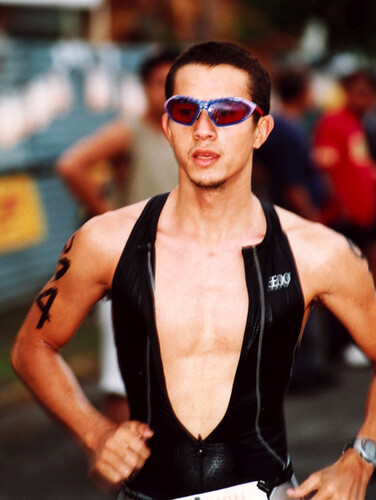 Why triathlon? “Triathlon requires discipline and determination,” he said. “And those were things I was sure I had. Also, I was into fitness all my life, and I was looking for something that would maximize my mental and physical capabilities towards strength and endurance. Triathlon was the answer. The reason Triathlon attracted me was the way it makes you challenge yourself. What you put in is what you get. Triathlon is not just a sport. Triathlon is a lifestyle.”

When I asked Chris which medal was most precious, he replied: “Every medal I won was special, but the highlights that stand out are the races that I won Champion or 1st overall (2000 Catmon, 2001 in Danao and Batangas, 2002 in Mactan). Of course, every race I did internationally to represent the country was special: in Australia, New Zealand, Hong Kong, Malaysia, Singapore, U.S.A., and Mexico.”

That was five years ago. Chris Aldeguer, now 32, has moved on. He’s focused on helping expand the family business as president of Loalde and CEO of Vellum Cycles (check out their amazing website at www.vellumcycles.com). He married Nia Durano (the daughter of Danao City Mayor Ramonito Durano III) and they both help raise their two-and-a-half year old son, Finn. 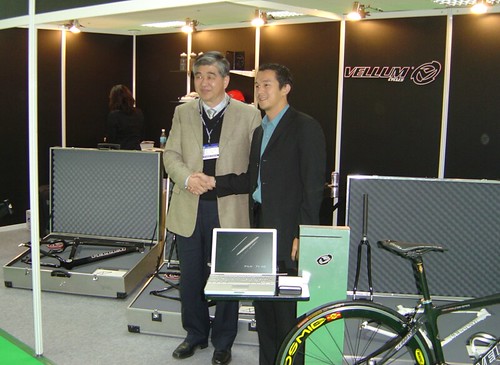 Chris at the Taipei Bike Show

But ever the competitive athlete, Chris is now back training. His latest goal? To finish the Marathon—his first-ever attempt at the 42-K race.

“I plan to join Hong Kong (Feb. 17) or Pasig (Feb. 24) or Los Angeles (March 2), depending on which fits my schedule best,” said Chris. “My goal is to go below four hours. I know though that it can be tough especially that this is my first race since 2003.”

Running has always been Chris’ strength. Back when he was part of the RP Triathlon National Team, his swim and bike times were average. But running? Compared to his teammates? He was near the top. Once, I asked, what are your best 5k and 10k times? His reply astounded me: “I ran 18:53 (track) for the 5k and 39:50 for the 10k.”

“All the races I’ll do for 2008 are in preparation for an Ironman,” he said. “My plans will most likely will be a Marathon early in ‘08, and a Half-Ironman mid or late in the year. The plan to do Ironman is 2009. But it’s not as easy to do all the training now that I have a family.”