As I said, you never know. But maybe she did. You see, cocaine isn’t like steroids. No, I’ve never taken it—and never will—but based on what I’ve researched, cocaine “increases self-confidence and creates a type of euphoria” while steroids, well, we know, builds muscles as big as, say, Barry Bonds. 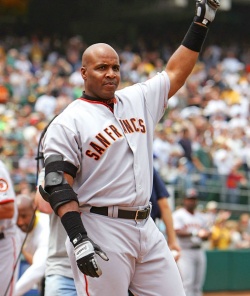 Here’s what tennis’ best writer, Peter Bodo, said about the Hingis incident in his blog at Tennis.com: “My afterthoughts on yesterday’s bombshell announcement by Hingis are now up at ESPN. There appear to be no documented inconsistencies (thus far) in the drug-testing protocol: both of the Hingis samples returned positive.

“Once again, the accuracy and reliability of the drug-testing regimen is under scrutiny and/or fire. Once again, I have to say: This is the best system we have; the alternative (abandoning it, or taking at face value the accused abuser’s protestations and explanations, no matter how baroque) is worse than having to live with the possibility that an injustice has been or will be done. And yes, I know it’s easy for me to say. . .

“At the end of the day, the most likely scenario to me is that Hingis goofed. And now her entire career and legacy is under threat, and that’s a real shame. I’m not going to defend the use of recreational drugs by highly-paid athletes who also inadvertently happen to be role models, but I am also unable to get too bent out of shape about the idea that Hingis, a wealthy, socially active, smart, disciplined 27-year old might have used a party drug.”