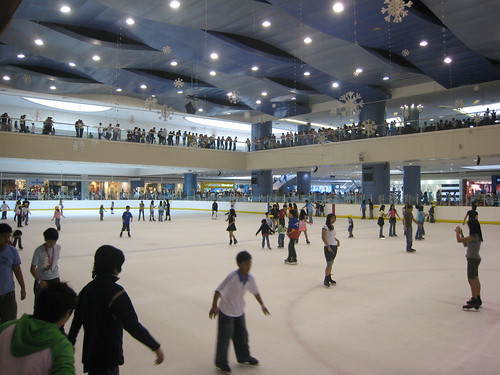 Did you know that in our country’s capital city, it snows? Yes. Just like in those Christmas movies or, if you’ve been to Boston or Berlin in February, a place where it’s, like the song… White Christmas? I’m not kidding. I saw it, felt it, smelled the white flakes, and slipped on slippery ice. It’s called the SM Mall of Asia.

Three weeks ago, my wife Jasmin and I brought our eight-year-old daughter Jana to Manila. Right after landing, we wasted no time in hailing a cab and zooming straight to the sixth largest mall in the world. Snow? Inside? For real? Yes. It’s called the Ice Skating Rink. And ever since we brought Jana there last year, she’s been pleading to go back. And so we did. 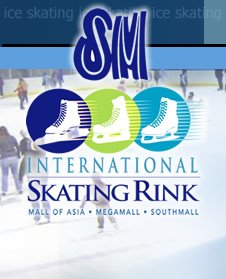 SM’s ice-skating facility is huge. Measuring 61 by 30 meters, it’s a full Olympic-size hockey field (reputed to be the largest in Southeast Asia) complete with an electronic scoreboard to cater to regular hockey gamers—and, at the same time, a large rectangle for recreational and competitive figure skaters who gracefully slide and glide on ice.

At the wall backdrop? Pasted is a floor-to-ceiling picture of Mount Everest. Perfect. It looms tall, the summit visible, the mountain in full white, clothed in snow.

Jana and I paid the P350/person unlimited-use fee (plus P30 for the locker rental). We got in, asked for our skating shoes, unpacked our belongings, opened the locker, and—like we were at the Rockefeller Center in the heart of New York City during winter—we were inside the ice land.

Minutes after we balanced our bodily bearings, guess what—the snowflakes fell. Every hour or so, right at the middle, snow cascades down. From the ceiling, artificial snow (of course!) falls for a few minutes and everybody crowds at the center. I’ve been fortunate to have touched real snow many years back in Lake Tahoe, California and, I must say, this feels and looks the same. 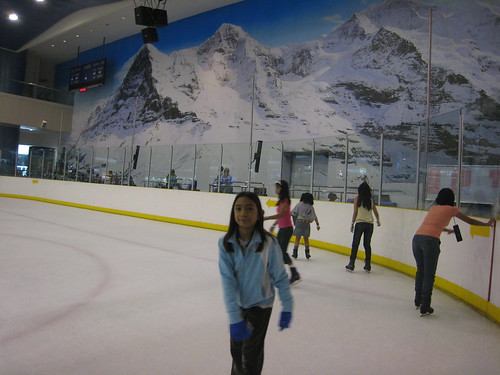 We extended our arms and let the white drops fall to our head. The music? Ahhh… what else but Christmas tunes. “I’m… dreaming of a White… Christmas,” blared the speakers. “Just like the ones I used to know…”

You know how you hate the malls playing Christmas music so early in September? But while there, amidst the ice and the snowflakes falling and Mt. Everest looming tall behind your back, Christmas music isn’t just perfect—it’s a must.

Which reminds me: Didn’t Cebu used to have an ice skating rink? Yes we did at the SM City. Too bad after a few years and too few skaters, Mr. Henry Sy melted the ice and transferred it elsewhere. (Apart from SM’s Mall of Asia, only SM Megamall and SM Southmall have ice-skating rinks today.)

So, what’s my point? Unless we can convince Mr. Henry Sy or SM’s top honcho in Cebu, Ms. Marissa Fernan, to pour the ice back in our city, here’s my advice:

When in Manila with your children, go ice-skating. As a hobby or sport, it builds confidence. It teaches balance. Tutors children to be independent. To be relaxed. To smile and enjoy the one season the Philippines doesn’t have. 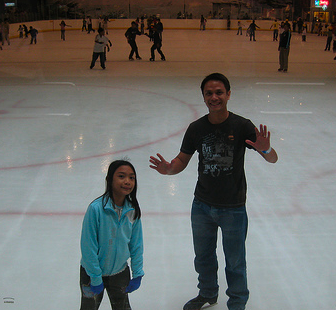 And, best of all, to all the dads and moms: Your eight-year-old daughter will hold your hands tight and cling to you—and don’t we love it when she does that—all under a sprinkle of snow.