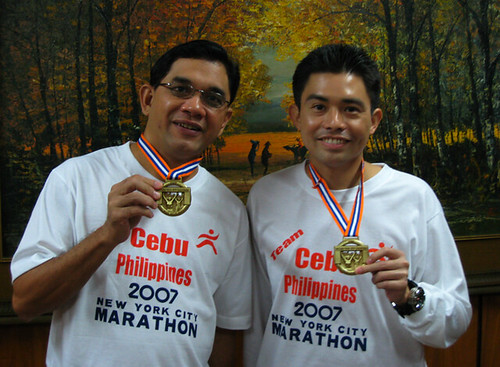 FOR MOST people, spending thousands of pesos and traveling halfway round the world evokes images of a relaxing vacation—not that of waking up early in the morning to wait in line in the cold mist for five hours just to get the chance to run 42 kilometers for four or five more hours.

But then again, Doctors Yong Larrazabal and Peter Mancao are not most people. The two recently joined more than 39,000 runners in the 37th staging of the New York Marathon, finishing 5:35:47 (Mancao) and 4:39:53 (Larrazabal). “It’s like the whole city stopped for the marathon,” said Larrazabal.

For Mancao, it was a chance to finally run a full marathon after months of practicing, while for Larrazabal, it also served as a homecoming, while getting his competitive spirit stoked under difficult circumstances. “When we got to the starting line, we had to ask for cartons and plastics to cover ourselves from the cold,” said Mancao. 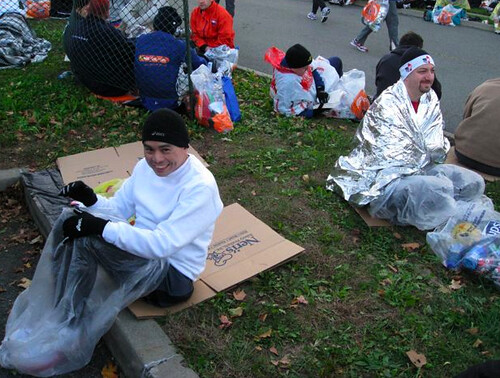 “There were so many people, after the marathon, if you want to search for your relatives. They were assigned places in alphabetical order,” said Larrazabal. 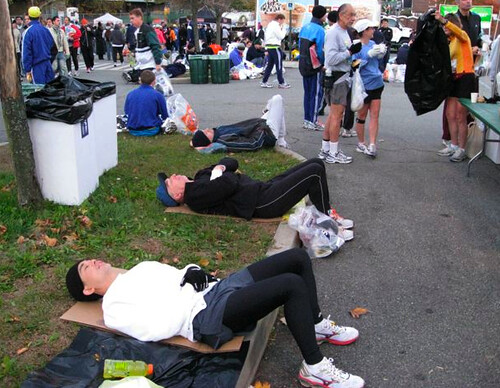 The two were together for the early part before the younger doctor sped away. “I had to lock my arm around his and I told him we were going too fast,” said Mancao, who promised Yong’s wife, Donna, to keep his pace manageable.

Doctor, not a runner. Donna was so concerned about Yong’s competitive spirit that before the run, she told him, “You are an ophthalmologist, you have a family.”

“Gipa konsensya ko,” Larrazabal said. But after the two broke apart, it was each man to himself, and they had different “motivators” that helped them through. 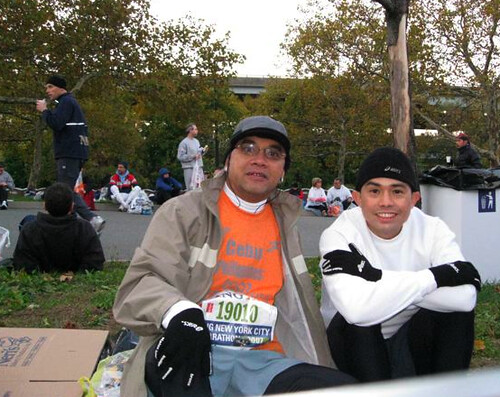 Though they got cheered by the crowd for most of the run, seeing a guy with a shirt that says in the back “I’m 75 and I’m still running,” fueled Mancao’s fire enough to overtake that man.

Katie Holmes’ back. “I also saw a group of blind runners, and I told myself. I have to overtake them,” said Mancao, who also said he saw the back of Katie Holmes and at one point was also chasing a lady runner in a two piece. For Larrazabal, who was the fourth-best Pinoy finisher but the second best in the 20K mark, it was something else. In the 28K mark, while his feet was struggling, a guy in a Sponge Bob costume overtook him, and then later, the 4-hour pacesetters, the 4:15 group and finally, just near the end, the 4:45 group passed by him.

The runners can select a pace setter and if they follow that, they will finish the run in that designated time. “When the 4:45 group passed me, I said, ‘di na ni pwede’ so I picked up my pace,” said Larrazabal. After joining one of the world’s biggest marathon, the two are setting identical targets and separate goals. They want to join either the Boston Marathon or Hong Kong Marathon next year, while Mancao aims to go to New York again but this time wants his whole family to run with him.

As for Larrazabal, he wants to run four marathons next year and wants to complete the rest of the five major races in the world—Berlin, Boston, London and Chicago—in his lifetime. And perhaps to address his wife’s concern for his competitive streak he said, “Maybe, next time, I should just enjoy it more.” 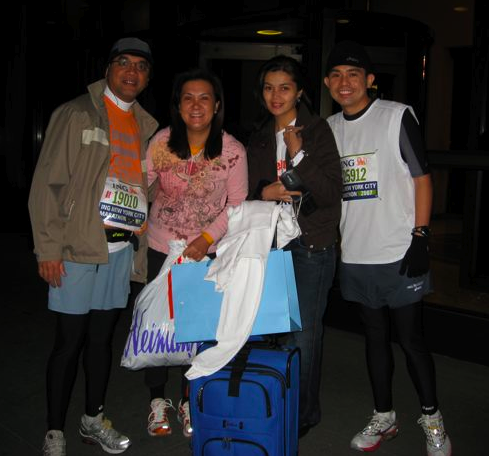