His name and photo were permanent fixtures of these back pages. He was the chairman of the Cebu City Sports Commission. He shot basketballs, birdied golf holes, flicked his wrist in badminton, swung tennis backhands, and even donned bathing trunks to swim, pedal and run in triathlon.

Sportsman? Check. Politician? Check. Businessman? Cheque. His empire spans not only our city but nationwide. He has outlets and herbal medicine in just about every corner drugstore of our 7,107-island archipelago. And with money, he not only has the luxury of acquiring a sleek, white Jaguar XJ or owning several homes in Cebu, but, best of all, he shares.

During his four-year reign as Cebu sports’ Team Captain, he often turned his right hand backwards to pull out his wallet. He’s generous. Very generous. Athletes, sports teams, tournaments—they always flocked to him and he rarely said “I’m sorry.” 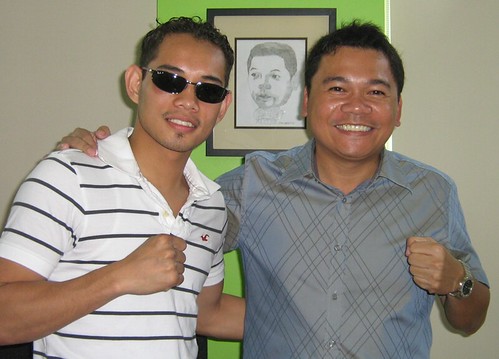 A few weeks back, we sat down for a long-overdue chat at Starbucks Coffee near his home at the Paseo Arcenas compound.

Guardo looks young. At only 38 years old, he looked hip while wearing a pair of one-way sunglasses. He carried two Sony-Ericsson P910s.

Jonathan and I have long been good friends. We played tennis doubles. We’ve had countless dinners eating the same dish: sports. And, in all those years before whenever I’d call seeking for help—the countless overseas trips, for example, of Nino and Em-Em Siso (Cebu’s top tennis stars)—he’d never refuse.

“Athan,” as he’s fondly called, had lost weight when we met.

“During the elections (when he ran for Congress and lost to Tony Cuenco), I weighed 175,” he said. “There was too much eating. Every pulong-pulong, you’re forced to eat. Now, after my life has gone back to normal, I’m down to 155.”

Guardo runs on the treadmill everyday. He plays basketball twice a week at the Barkadahan event in Bright Academy. Golf, once or twice each month. “But maybe the most important thing I did,” he added, “was to watch my diet.” 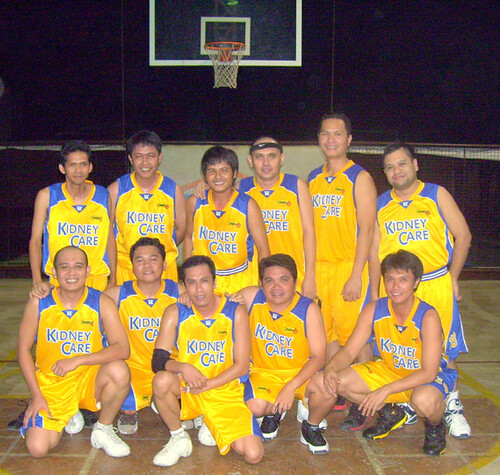 We talked about the game we both love the most, tennis. Marveled at the dominance of Roger Federer. Jonathan even reminisced his Australian Open and U.S. Open trips back in 2004 where he saw all the greats, including his all-time favorite, Andre Agassi. Cycling and running? Yes, we tackled the differences between both—and how much wear-and-tear running inflicts on one’s legs compared to the low-impact cycling. We even nodded at the prospect of watching the Beijing Olympics, looming near in August 2008.

Politics? “Was the election,” I asked, “the most difficult moment you’ve experienced?”

“Not really,” he answered, surprising me. “I come from a political family so I know and can accept defeat. My mom’s a mayor, my brother Jerry is barangay captain. So politics is in the family.”

Knowing Jonathan for many years now, among all the traits I’ve observed about him—his being sports-crazy, business-minded, generous—the one quality I like best is this: He’s relaxed. He speaks softly, listens, doesn’t brag or call attention to himself. 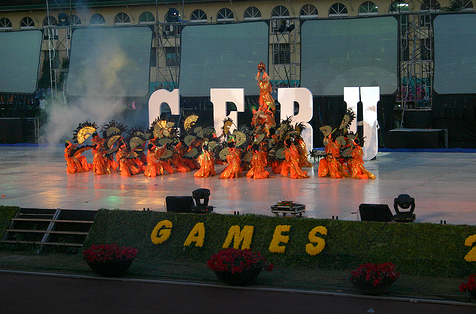 At the height of the 2005 SEA Games, for example, when challenges and crises and problems arose, Guardo (the overall chairman) was his usual self: calm, focused on the goal, in command.

We know, of course, how the Southeast Asian Games ended. Those 10 days back in Nov. 2005 was so successful a staging (I especially remember the Opening and Closing Ceremonies, when goose-bumps engulfed my body) that I call that the proudest moment in our local sports history. 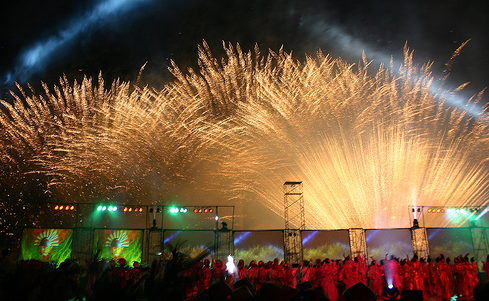 Finally, just as we were to depart, I hurled one last question, “Running for Congress again in 2010?”

He stopped, paused to think for a few seconds, and, like I’ve always known him, just smiled.