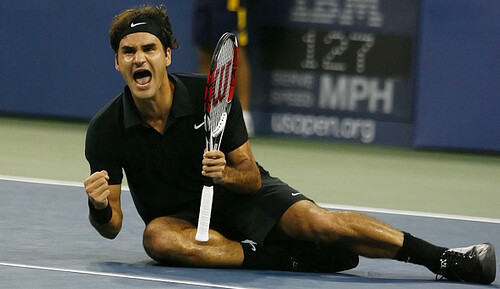 He wore black. From his hair to his headband, to his shorts, T-shirt, wristbands, and down to his shoes and socks, he wore the only color your eyes can see when it’s brownout and your watch reads 1:38 a.m. As soon as he entered the Arthur Ashe Stadium, you know what music the organizers of the 2007 U.S. Open played?

The theme song of Darth Vader. How fitting. You know Darth Vader: He’s dark. Black. Towering. Tall. Frightening. Ruthless. He carries a stick to capture and torture and slay his enemies.

Same with D’ Federer. All-black, he stands 6-foot-1 tall, scares human beings who stand across the tennis net, he’s ruthless on that rectangle and, doesn’t he carry a light saber called Wilson K-Factor which he swings to slay enemies?

He’s been labeled many names before—Federer Express, Swiss Master, Sir Roger, The Fed—but nothing I like more than this new moniker. 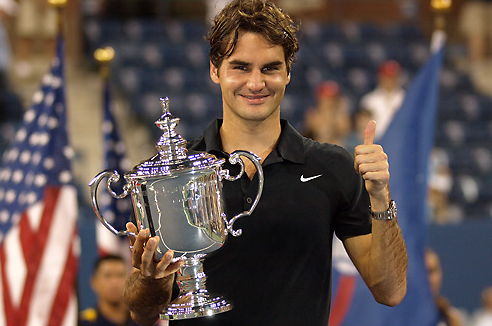 Yesterday morning at 4:30, the alarm from my phone rang. I sat up and switched on the TV set. There it was, “live coverage” of the Open final in New York City, abuzz with 24,000 people.

When the match started, Novak Djokovic didn’t look intimidated. He matched Federer forehand for forehand. When Roger sliced, Novak stepped forward to drill his backhand down-the-line. Novak even wounded Roger first when the Serbian broke the Swiss in the first set to take a 6-5 lead. Serving at 6-5 and 40-love, the first set was his. He had won it. There was no doubt.

Then doubt set in. The reality of 48,000 eyeballs—plus millions more on TV—staring at him dawned on Djokovic. It frightened him. He got scared. Tentative. Unsure. Defensive. He missed easy backhands, succumbed to painful double faults. He banged his racket to the cement in disgust. Still, in that first set, Djokovic had Federer cornered—he had the champ raise his hands in sure-defeat with five set points. 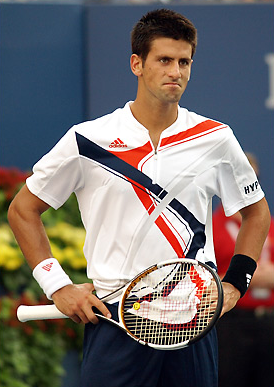 He lost that first set, 7-6. In the second set, he led 4-1. He squandered that lead and, once more, held two set points against Federer. Can you imagine that? Five set points in the first set. Two more in the second. Had he converted one each, he’d have led—easily—two sets to love.

I know, I know, I’m too harsh. For isn’t he only 20 years old? While his nemesis already owned 11 major titles and was virtually adjudged as tennis’ Greatest Ever? Correct. 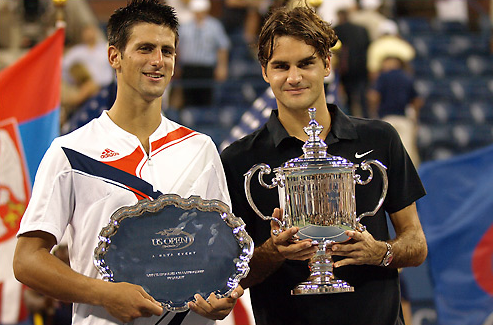 Roger Federer is tennis’ Greatest Ever. While I questioned this two years ago, and again last year, and one last time early this season when he succumbed to Rafael Nadal at the French Open—now I have no doubt.

Ten straight Grand Slam finals. Five Wimbledon crowns. Four straight at the U.S. Open. Three raised arms Down Under at the Australian Open. The longest reign at the No.1 spot—188 weeks—of any player, male or female. What more can you say about Federer?

That he’s a nice guy? Nah, he’s not. He’s a great guy. Though I’ve never shaken his hand, after reading hundreds of stories about the Swiss, one can conclude that he’s a gentleman, friendly, respectful, and generous. Here’s an example: Last December 23, 2006, instead of going skiing with his girlfriend at the Swiss Alps to vacation, he fulfilled his duty as UNICEF Goodwill Ambassador and visited tsunami victims in India.

Roger’s motto? “It’s nice to be important, but it’s important to be nice.”

Who says Darth Vader is dark and ruthless?

Not this Darth Federer. 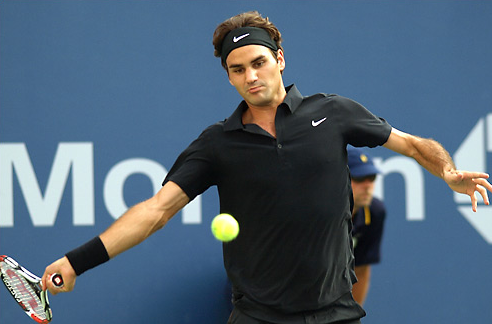