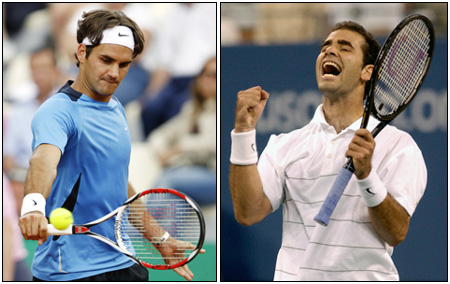 “How can a dream come true if you don’t dream?”

Among all the sayings and mottos that I know, that’s one of my favorites. Isn’t it true? If you want something so bad, if you long to achieve that seemingly-impossible feat—how can you reach it if, to start with, you don’t dream?

Dreams are essential. Without dreams, Neil Armstrong wouldn’t have stepped on the moon. Lea Salonga would not be singing in Broadway. Bill Gates would be a bespectacled professor instead of the world’s only $59 billion man. And Martin Luther King, Jr. wouldn’t have ignited such passion among Americans and delivered one of history’s all-time great speeches, “I Have A Dream.”

My dreams? Plenty. Add a brother or sister to my eight-year-old daughter Jana. Build our business. Run the 42-km. marathon. Watch the Beijing Olympics. Build a 12-court Cebu Tennis Center.

These dreams—though I’m confident all will be realized—take time. Months. Maybe years. But there’s one dream that’s happening soon. To be exact, November 22, 2007. 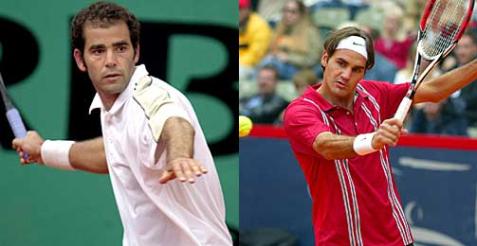 When I started playing tennis 21 years ago, I idolized Ivan Lendl. World No.1 then, I mimicked his elbow-out forehand, marveled at his work ethic, and applauded his French Open crowns. Then Pete Sampras arrived. Throughout the 1990s until 2002—when he retired after a dramatic win over Andre Agassi—I idolized Sampras. I bought his Nike T-shirts. Copied his serve-and-volley style. Listened to his interviews. And, in 1999, I traveled to the U.S. Open to fulfill a dream: Watch Sampras.

Arriving in New York that humid month of August, I felt my dream about to be realized. I couldn’t wait for the moment to finally watch him play.

But my dream turned into a nightmare. The day before the Open began, Pete practiced and injured his back. Three days later, after many attempts to heal his injury, the announcement was declared: SAMPRAS INJURED, OUT OF U.S. OPEN!

What? Impossible. Traveling 13,693 kms. and not watching Sampras, even for one match?

That was eight years ago. I’ve long forgotten about the shock I felt when my dream was shattered.

Now, it’s Pete Sampras vs. Roger Federer. The dream is back.

My wife Jasmin and I purchased online tickets to watch their Nov. 22 exhibition match in Kuala Lumpur, Malaysia. (Two days earlier, on Nov. 20, they’ll play in Seoul, South Korea and, on Nov. 24, they’ll be in Macau.) Joining us is my best friend Dr. Ronnie Medalle and his wife, Stephanie. My brother Charlie and his wife Mitzi, together with Renee Ven Polinar, are also going. Too bad my other best friend, Dr. Ronald Eullaran, will be arriving from Boston two days before we depart and can’t join us.

Sampras and Federer: what a pairing. Pete is acknowledged as “The Greatest Ever,” owner of 14 Grand Slam singles titles. Federer, at 12 major titles, will overtake Sampras soon—maybe as early as next year. Watching both stand on the same court, what a dream-come-true.

But that’s not all. It’s the 50th year celebration of Malaysia so there should be numerous activities. Plus, that whole week is the Malaysia Tennis Open. And, best of all, two days before the Pete-Roger match, on Nov. 20, there’s another exhibition we’re watching: Rafael Nadal vs. Richard Gasquet.

I’ve been inviting friends to go: Macky Michael and his wife Mikee, same with Mark Aseniero. If you’re interested, you can still buy tickets—but better do it fast. They were made available just last week and, as expected, are selling as fast as Sampras’ 135-mph serve. Log-in to www.ticketpro.com.my. Prices? The venue is the 12,000-seater indoor arena called Malawati Stadium and we bought mid-priced tickets at P3,200/person. Same price with the Nadal exhibition.

True. It’s about to turn reality. But here’s the downside: This “Roger vs. Pete” exhibition should be one dream match that will keep me too excited and awake most nights, unable to sleep and, yes, dream.