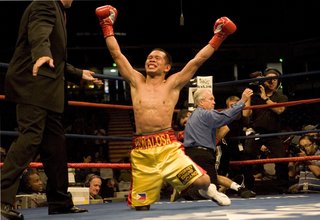 One punch. All it took was one punch.

For Gerry Penalosa, he played defense on the first round, blocked with his two red gloves on the second, jabbed in the third, then, all the way until the seventh, he stood relaxed. Maybe too relaxed. He was losing. Sev Sarmenta and Dyan Castillejo saw it, you and I saw it, Jhonny Gonzalez saw it. And then… BANG!

One punch. It was a left wallop at the rib cage of the lanky Mexican, who took two hops backward then knelt on both legs and hands. GERRY WON! GERRY WON! Who would have believed it? Didn’t you jump? Scream? Feel proud for the 35-year-old, who became the oldest-ever Filipino world champ?

One punch. For Rey Bautista, all it took was, ironically, one punch. He didn’t hide or spar or warm up the enemy—he brawled with the brawler, faced him face front, flirted with the bare-chested monster. And then… BOOOM!

One punch. It dazed Boom-Boom, wobbled his knees, clouded his vision. It thwacked like a cannonball. Struck with the impact of a Caterpillar bulldozer. Boom-Boom stood up, but it was all over…

Wasn’t it shocking? Minutes after Gerry’s shocking win… this? Win after win after win—five straight—hadn’t we grown accustomed to winning? To celebrating? To ordering another San Mig Light? To toasting the bottle on the air? And, tell I’m wrong, weren’t the words “Six-Zero” and “How embarrassing for the Mexicans…” pasted on our minds?

At one moment, you’re losing the battle and, the next thing you know, after one poke to the rib, the enemy’s fallen and Gerry’s raising his arms? 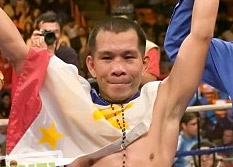 And isn’t boxing devious? You’re undefeated in 24 fights, the pride of Candijay, Bohol, the hope of 91 million Filipinos, the “next Manny Pacquiao,” and, the next thing you know… you’re mauled by a sledgehammer? 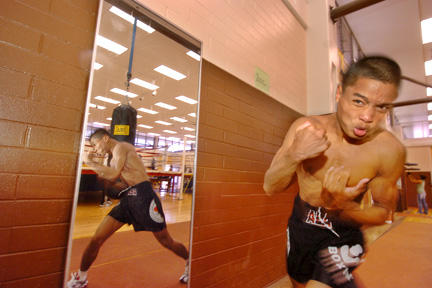 Boxing, I’ve realized, is unlike any other game.

In the NBA or PBA, the time clock is set: 48 minutes. No matter what happens, you play those 2,880 seconds. And even if a team is leading by 21 points heading into the 4th quarter, there’s time to catch time. Why? Because there’s still time. In boxing, there’s no time. While we prayed that Boom-Boom would be saved by the bell, there was no time…

In tennis, it’s two-out-of-three sets. (Grand slams, 3-out-of-5.) There’s no one knockout forehand that will stop the game. No one smash for the umpire to halt the match. So if you lost 6-0—you can still win. Same with football. You play for 90 minutes. Volleyball. Five sets. Baseball. Nine innings. Golf. 18 holes and four days. Cycling. 248 kms. Swimming. Triathlon. Motocross. F1. The list can go on…

Boxing? One punch. If you get lucky—or unlucky—with that one whip, you’re spanked. Out. Down. KO’d.

I pity Boom-Boom. I’m sure you do, too. I’ve had the privilege of talking to him on several occasions and find him soft-spoken, respectful, humble. It’s hard to find a kinder, more ideal champion. 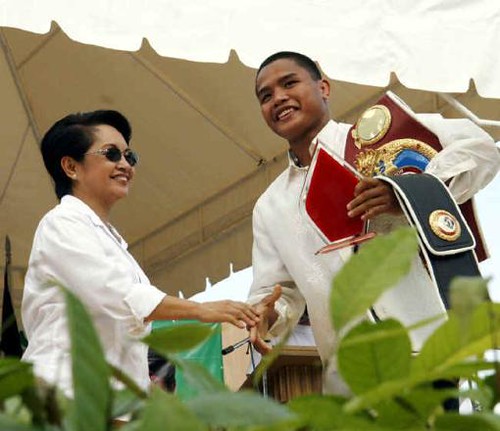 But let’s move on. Let’s allow him to move on. As Michael Aldeguer, who manages the 21-year-old, said it best: “He wanted this fight. He was ready. But it’s not the end of the world. I told him great champions come back from a loss. I think it’s better to lose early in your career than late.” And as Antonio L. Aldeguer, ALA himself, said: “What an honor for the Phils. It was sad that Boom Boom lost but the World Cup is ours. Nobody gave Domingo a chance to win. And Gerry surprised everyone by knocking out Gonzalez with one punch. I’m so happy for Gerry.”

Back to Daniel Ponce de Leon, what did you think of him?

Tattooed. Bald. With a goatee. Teeth clenched. He resembled Mike Tyson. Or a Spartan gladiator in the movie ‘300.’ Looked like a tribal warrior, said Korina Sanchez. But here’s the best definition, supplied by my good friend Gerry Malixi: “He looked like he just got out of jail!” 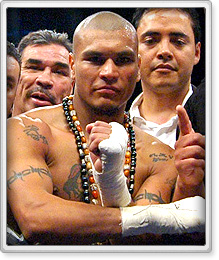