More than 30 years ago, a group of executives and businessmen from Cebu City decided to get together for a friendly game of basketball. They met again. And again. Every Sunday. They agreed to invite more friends. The group’s numbers grew. They decided to invite teams from out of town to play them in friendly games. This continued and continued and… look what we have now. Thirty years after, it’s one of the biggest gatherings of executives and businessmen to play sports. It’s the 30th PAL Intersports. It finally kicked off yesterday at 1:30 p.m. at the City Sports Club with the Opening Ceremonies. Right after, Chester Cokaliong and his basketball team representing the Los Jefes de Cebu played. The rest of the players scattered among the five other sports (apart from basketball, there’s tennis, golf, billiards, bowling and badminton). Last night (Thursday night) there was a Welcome Party for all. What a great start thus far! 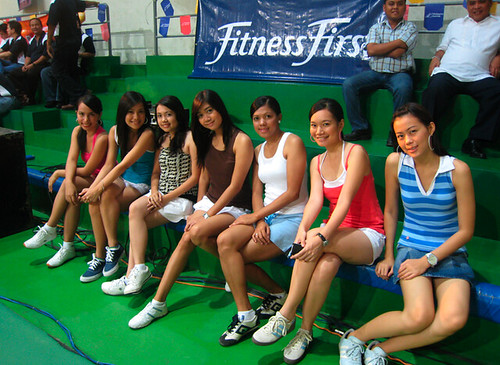 The Muses during the Opening 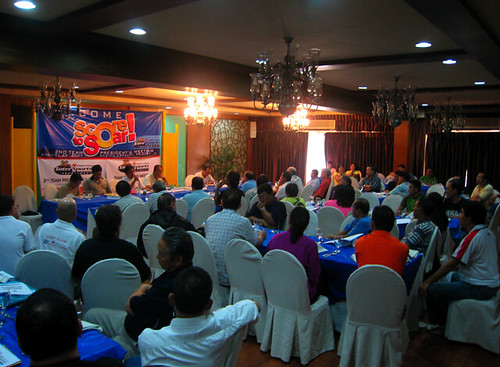 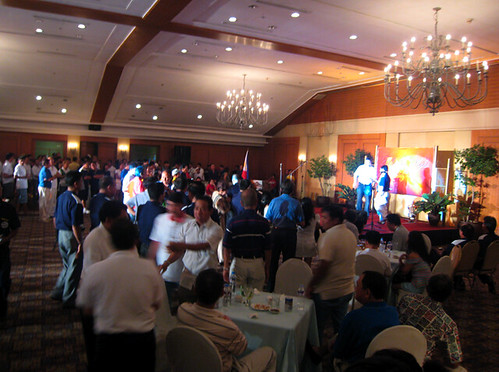