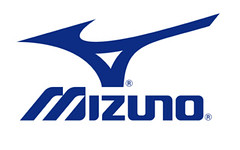 IN FOOTBALL, one of the big events in town is the Mizuno Cup. This August 25-26 and September 1-2, the 2nd edition of this event kicks off in Cebu. Officially, it’s called the “2ND MIZUNO FOOTBALL FIESTA.” Fiesta? Sure. There’ll be music. Banners will surround the venue. Food booths will scatter around. Parents. Lolas. Titos. Everyone in football will be there to watch. Organized by Dr. Wendell Villacin (the owner of Mint Shop in BTC, the distributors of Mizuno) and assisted by Neil Montesclaros as tournament director, footballers as young as six years old and as “mature” as 40-plus year-olds will wear their spikes, kick, scramble and shoot for that goal.

Neil Montesclaros e-mailed me the ground rules. Here it is…

Representative attend team screening meeting on August 11.
Submit team registration form on August 11 meeting (bring proof of age on the screening date). Attached picture gallery for non-CFA registered player.
Full payment of registration fee on August 11.
The team attends the opening day ceremony.
The team must be in the venue before the first game of the day (even if their scheduled game is later in the day).
There shall be rebates for teams using Mizuno products.

After the August 11 meeting protests on player eligibility shall no longer be entertained. Only the official representative of the team can make that protest official.
A player in question cannot play until he has validated his eligibility.
Only protest on technicalities shall be considered and deliberated upon by the organizers during the tournament date. Only the coach can verbally make the protest to the organizer.
Protest on judgment calls of the officials shall not be entertained.
A team that walks out of a game shall be disqualified from the tournament automatically. A game under protest should be finished.

Divisions shall be divided into brackets.
A division should have a minimum of 4 teams competing in order to be organized.
The division shall have only one or two or four brackets depending on the number of team entries in the division.

The teams in a bracket shall be ranked by points (win=3, draw=1, lose=0)
If a team gets forfeited, it gets -2 score line, while the team that wins get +2 in the score plus the 3 points win.
In case of tie, goal difference, then win over the other, then no. of goals scored, then sudden death shoot-out.

Unlimited flying substitution.
Playing time divided into halves (but no break)
No offside.
Players may pass back to their goalkeepers (picked by hand).
Teams with lacking players in the field at the start of play when the referee whistles to begin the game shall have forfeited the game.
There shall be no throw-ins, just kick-ins for players 17 and up division. Goals can be scored from a kick-in.
Goals can be scored straight from a kick-off.
Goal-kick-first-bounce must not exceed the half-way line
The first bounce coming from a goalie’s throw must not exceed the half-way line.
There is no need for a whistle from the referee to execute a corner kick.
Players given a red card shall be suspended for two matches.
Respect for the tournament, the rules, and the officials are necessary for order and the smooth-running of the games. Any form of non-cooperation, non-compliance, rude behavior, and/or aggression shall be strictly dealt with. The organizers will reserve the right to throw out an individual, a player, a coach, and/or a team if they manifest such behavior.
For the rest, FIFA rules shall be applied.

For any controversy, the organizers will deliberate on the issue with objectivity and fairness. Once all sides are weighed, the decision of the organizers shall be respected, followed and final.