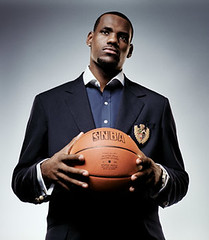 At 22 years old, he doesn’t belong in the NBA Finals. Not yet. But he’s done it. Down 0-2 last week, they won the next two games at home in Cleveland. Then, LeBron James exploded in Detroit two days ago with 48 points–including 29 of his team’s last 30 points–to win Game 5. And now, just a few hours ago, I caught the last quarter when Cleveland destroyed the engines of Detroit to win Game 6 and enter the NBA Finals. What a win! The question now is: Who’s going to root for the Spurs?