RANDY DEL VALLE is Cebuano. He speaks Bisaya, lives in one of the plush subdivisions in Talamban, and works as a top manager at Shell Philippines. But Randy, at this very moment, is not at his office or at home—he’s in London. For years, Randy—a big, big tennis fan—had longed to watch a Grand Slam event. This week, together with his wife Christine, is that moment. This week, he’ll be sitting on one of the green chairs at the All-England Club and watching the green lawns of Wimbledon. Here’s what Randy e-mailed to me today…

“We arrived here last Tuesday… went around London and some suburbs to see some castles, fascinating places, etc. My closest Wimbledon area is when we passed by the Wimbledon train stop! Yes, I’m very excited. In fact, I was planning to go to the All England Club today (it’s 12 noon, Monday now)—1st day, 1st round games at the side courts—but according to the weather report, it will be raining the entire time today, so I’m deferring it to tomorrow.

“Christine and I plan to purchase the general entrance tickets (6,000 tickets sold per day) to watch the games at the side courts as I’m sure we’ll see a lot of familiar players playing unseeded ones on Courts 3-16. I’m staying at my sister’s house here in Chertsey, Surrey and Wimbledon is only 6 train stops away, so it’s very accessible. My only problem is the 1-3 hour waiting line as I don’t have tickets for tomorrow but we’ll manage. 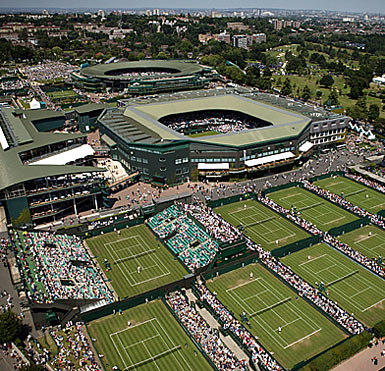 “We already have our Wimbledon tickets on the 29th (Friday) and have reserved seats for Court 1 and Centrecourt (?)—-though I don’t have access to the dreaded “Court 2” (where a lot of seeded players get upset). Weather permit, I’m hoping to see a lot of games that day.

“I’m currently watching the Wimbledon channel today and I see a lot of good commentators/Wimbledon features/statistics/seed reports that are good. Greg Rusedski is now a commentator. Btw, the big news here is Murray’s withdrawal yesterday due to an injury. The Brits are very upset.”

From Cebu City to Wimbledon—this is a week Randy and Christine will never, ever forget. 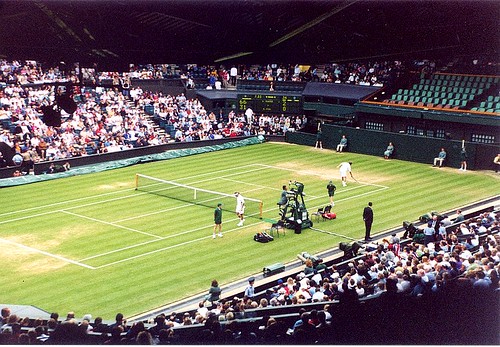