Among the players coming are men’s world no. 3 Chen Hong of China and No. 4 (and former No. 1) Lee Chong Wei of Malaysia. Among the women, the world’s nos. 5 and 6: Germany’s Xu Huaiwen and France’s Pi Hongyan.

But all eyes will be on Kennie and Kennevic Asuncion, the brother-sister duo who finished runner-up at the inaugural RP Open last year. Yet the mixed doubles field will be tough: joining are the Indonesian world No. 2 Nova Widianto and Lilyana Natsir.

GRASS. Andy Roddick will win Wimbledon. Roger Federer will lose to the American two days before the finals next Sunday, and Roddick will record his second Grand Slam singles title (he won the 2003 U.S. Open).

Why do I say Rod will beat Rog? Because I hope so.

I like Roger. He’s a fine gentleman. Never complains. He’s a 10-time major winner. An ambassador of the sport. And, I’m sure, when his career is done, he’ll emerge as tennis’ GOAT (Greatest Of All Time).

But I pity Roddick. (I know, I know. The word “pity” in sports is nonexistent.) He owns the fastest-ever recorded serve in tennis (248.2 kph). He works hard (hours after he lost in the recent French Open first round, he was back on court). His coach is Jimmy Connors. He’s American. And, well, he’s a loser. In particular to the Swiss Rolex. 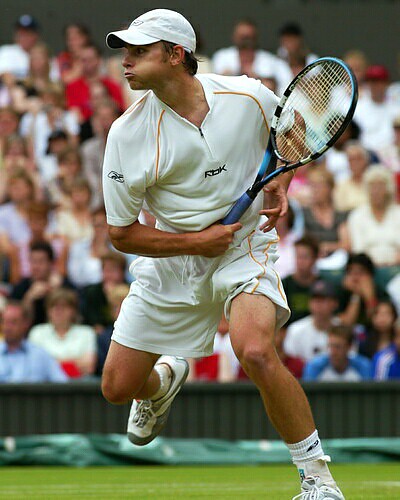 Rod vs. Rog, head to head? Hahaha. Laugh in advance. Because this figure will make you fall off your couch: one win for Roddick, 13 wins for Federer.

And so I wish, hope, and believe—after he captured the Queen’s event last week for the fourth time—that Roddick’s time has arrived. I just hope it’s spelled, like this British secret agent we know: ‘007.

FROM CEBU. Two very lucky Cebuanos will get the chance to smell the grass of Wimbledon.

Randy del Valle, one of the top managers of Shell Phils. in Cebu, is now in London. Lucky for Randy and his wife Christine, his sister lives at the heart of the city and was able to purchase for them a pair of 4th round tickets, scheduled this Friday, June 29.

Another Cebuano is Monsignor Achilles Dakay. Every time we meet at the Casino Espanol, the well-loved Monsignor anticipates my question: Are you going? “Maybe,” he answers. “My visa is being processed. I’m praying for it.” I doubt our good Lord will say no to his beloved Cebuano disciple. 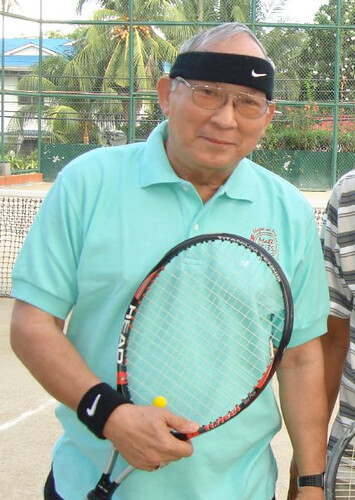 FINALLY, a few thoughts to ponder on…

“Being a celebrity is like being raped, and there’s absolutely nothing a player can do about it.” – John McEnroe

“Chess is the gymnasium of the mind.” – Vladimir Lenin

“Age is a question of mind over matter. If you don’t mind, age doesn’t matter.” – baseball manager Casey Stengel

“It’s funny, but the more I practice, the luckier I become.” – Gary Player