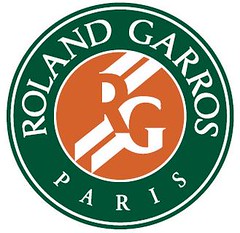 The French Open—also known as “Roland Garros,” in honor of the heroic French aviator who braved the clouds during World War I—is the only tennis Grand Slam sortie played on clay. The U.S. and Australian Opens are on hard-court; Wimbledon is on grass. The difference?Clay is slow. On cement, the ball skids off the floor. On grass, it’s even speedier—the ball ricochets. Clay? The yellow ball bounces up… up…, then it floats… floats…

This makes the French Open special. The rallies prolong. Sweat drenches the sand. White socks turn brown. Muscles ache. Smiles disappear. Cries echo the air. On clay, if you’re flabby, if you haven’t jogged 16 kms. during training, if you’re unwilling to sprint for 4.5 hours, you’re out. Like the dust in the wind. Goodbye.

You see, in this City of P… Paris… when tennis season arrives, it’s no longer called the City of Love, it’s named the City of Pain. Oh, sure, there’s love. The time when you’d love to “love”-set your enemy. But love? As in, Paris-love? Nah. For in Paris, the player who absorbs the most pain, wins. 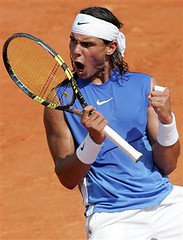 Which brings me to Rafael Nadal. If God disguised himself here with us, he’d have worn a sleeveless Nike Dri-FIT shirt with capri shorts. He’d have molded himself to be quick, with an undying spirit, forehand topspin that kicks like a second serve, deft drop shots, offensive cross-court backhand, slice, spin serve, and he’d be left-handed.

Now you know why Nadal won 81 straight matches on clay until that loss in Hamburg. Losing to Roger Federer last week, if you analyze it, was actually good for Nadal. Here’s why: He no longer has to protect his 80-plus match-winning streak. As the saying goes, “the monkey’s off his back.” Reporters don’t have to remind him. Newspapers don’t have to announce it. The pressure is off. Plus, having just lost, Rafa will extra motivated for revenge. 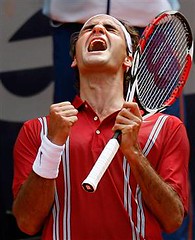 Roger Federer? On the flip side, having lost five previous clay matches to Rafa, that win was a breakthrough. The question remains: Can Roger win the ‘07 French? Of course! Two years ago, he reached the semis. Last year, the finals. This year? Your guess is what’s on Roger’s mind.

R or R? Which player am I for? Good question. First, an admission: Just like my fellow columnist Frank Malilong, I’m a lifelong Pete Sampras fan. And since Sampras’ all-time record of 14 slams is under threat by Federer’s 10, then… I don’t like Roger. He-he. But seriously, had Roger played Pete on both their primes—the Swiss will prevail. While before I thought Pete carried no weaknesses, now I conclude that Roger is perfect. He’s like the Rolex he wears on his wrist. It’s Swiss-made. It’s perfect. (Roger and Pete, in case you didn’t know, will play three exhibition matches this November in Malaysia, South Korea, and Macau.)

Back to R and R, I like the Spaniard. Though I’m usually no “for-the-underdog” fan, it’s hard to dislike the smiling, all-combustion-energy, butt-scratching, 6-foot-1 bull who screams “Vamos!”

But here’s my ultimate hope: When the French Open concludes next Sunday, I wish for R and R to meet again in the finals. If that happens, millions will sit. Hearts will throb. And we’ll have a rivalry to rival Borg vs. McEnroe, Sampras vs. Agassi, Ali vs. Frazier, or Nicklaus vs. Palmer.

And the biggest champion? This sport named T.