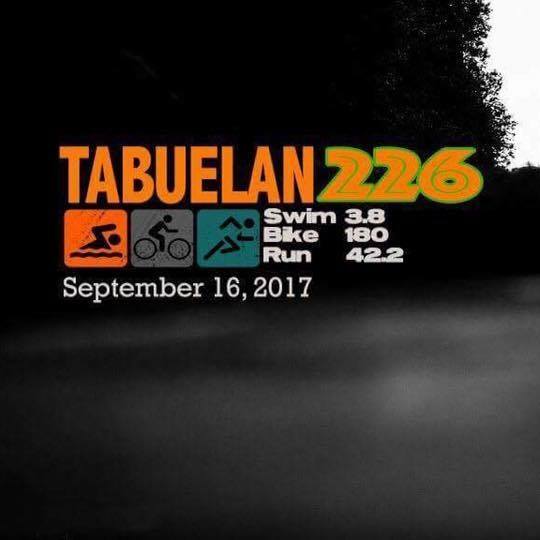 After five years of Tabuelan 111 — recognized as the country’s “Best Domestic Sports Event” last year during the 1st Philippine Sports Tourism Awards in Resorts World Manila — comes the same back-breaking event but with over twice the distance.

“Tabuelan 111 is considered as the best local triathlon race in our country. It has everything any triathlete would want,” Tabuelan Mayor Rex Gerona said. “Because of the success of the event, Tabuelan decided to level up by organizing the first-ever full distance triathlon race in Cebu.”

“We will be more focused since we are looking at a maximum of 200 participants only compared to almost 800 with Tabuelan 111,” said the mayor, who credits the volunteers composed of the Tabuelanons — the race marshals, water station personnel, medical teams and security — as the reason for the event’s success.

“We invested on training the organizing team. We spent time to make sure that the race would be unforgettable and checked every single detail. It has become Tabuelan’s pride!” he added. “With Tabuelan 226, we are counting on their support since this year’s cut-off is at 12 midnight.”

Tabuelan is not a large municipality. Of the Province of Cebu’s three million residents, Tabuelan is one of 44 municipalities and has a small population of less than 30,000. Despite that, Tabuelan is hugely popular in the triathlon community.

The reason: Mayor Rex Gerona. He used to weigh 230 lbs. and was pained with multiple health problems back in 2010. Mayor Rex lost 50 lbs. and transformed himself into a swim-bike-run athlete. To date, he has finished incredible feats: a 160K ultramarathon, the Ironman 70.3 for five years, the Giro d’ Luca cycling event in Bohol, the Cebu Marathon (thrice), the 10K Caramoan Island swim and a Full Ironman in Western Australia.

Thanks to triathlon, Tabuelan has achieved plenty. Said the mayor: “There is a considerable boost in our local tourism. Public recognition is achieved. We’ve created economic growth through filled resorts, home stays, restaurants, and have enhanced the positive image of Tabuelan. We’ve also built community relationships, strengthened corporate support and created youth opportunity.”

To top it all, Tabuelan 226 will do something extraordinary.

“All race kits and medals will be personalized,” Mayor Rex said. “This is a first in the triathlon world.”