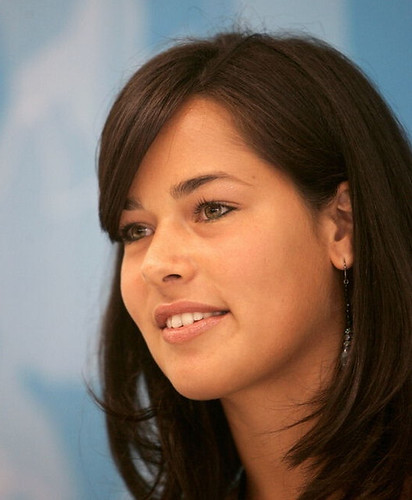 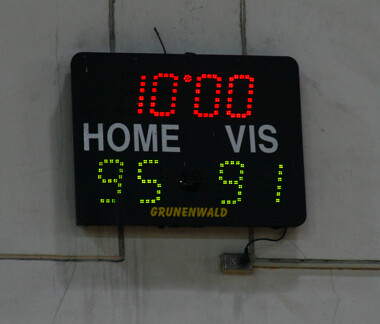 Finally, we won. After losing the first two games against Manny Pacquiao and his team, we won the third one, 95-91. 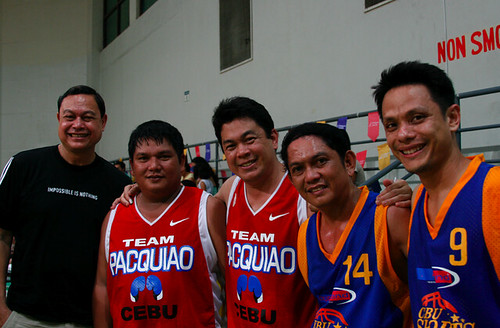 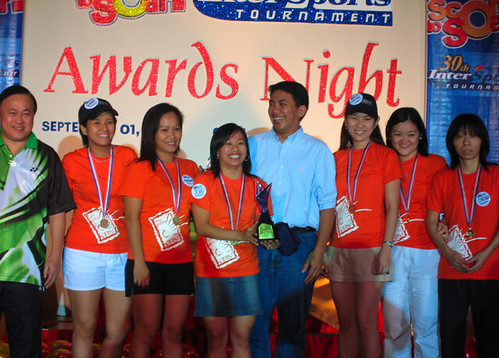 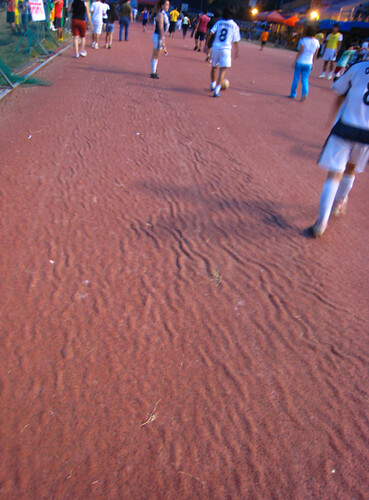 These two photos are the running track of our beloved Cebu City Sports Center. Built in 1994, that’s 13 years of sun and rain and heat and storms. The life span of the track oval? Not more than 10 years, says the center’s manager, Ricky Ballesteros. Before injuries befall our runners, joggers and walkers, we need to change the track. 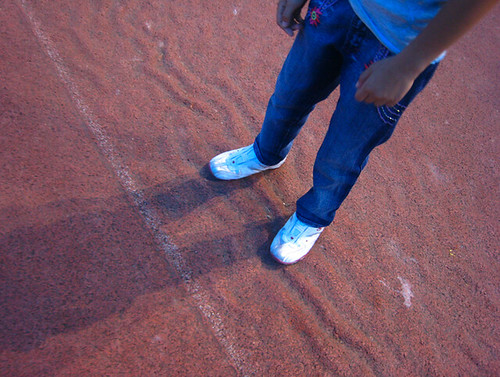 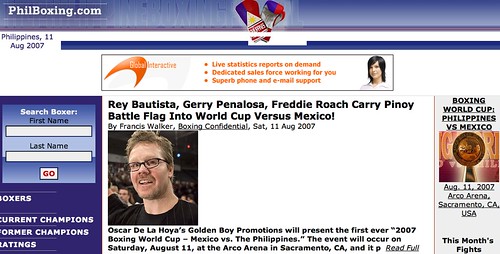 One of my favorite RP websites is www.philboxing.com. If you follow the sport of Z and Boom-Boom and AJ, check it out. It’s also one of the most popular of all RP sites. Remember Manny Pacquiao’s last fight? The site registered over 20,000 hits. Wow. And best of all, it’s operated by two of the friendliest and humblest of people: Salven Lagumbay and Dong Secuya. 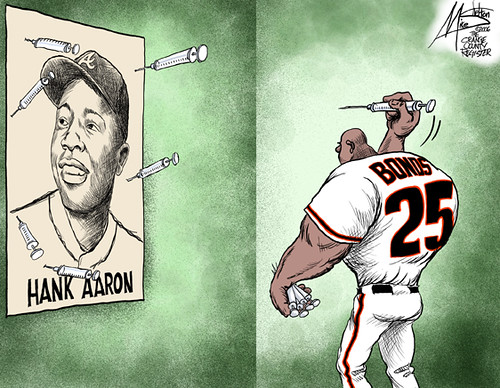 I DO DRUGS. When my temperature rises to 38.6, I open this tablet called Biogesic. When my nose drips, Neozep slides down my throat and, when I cough, Robitussin is mixed in my system.

I do drugs. You do drugs. Everybody does drugs. Imagine a world without Rose Pharmacy? Hospitals without dextrose? Tempra or Bioflu unavailable? Without drugs, the life expectancy of the earth’s 6.6 billion inhabitants will crumble from the current 67 years old (77 for Americans), to what, 48 years old?

Drugs is good. But, like many things good, drugs can be bad. Take the case of “doping” or performance-enhancing drugs…

Remember Ben Johnson and the 1988 Olympics? His rivalry with Carl Lewis on the 100-meter stage was one of history’s most anticipated. Ben Johnson beat Lewis, won gold, broke the Olympic record, broke the world record with a 9.79 time and… broke the news that he injected steroids. 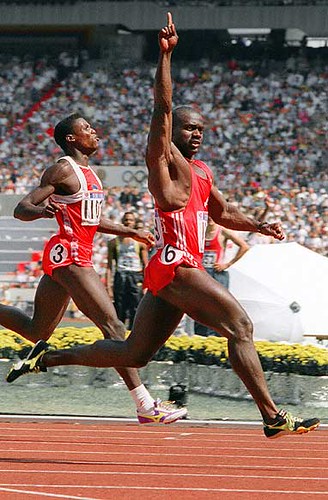 Remember Mark McGwire? He’s the Major League Baseball star who slugged 70 homeruns in 1998. He appeared on the cover of Sports Illustrated. Every 9-year-old boy in America wanted to be like “Big Mac.” Well, guess what: Two years ago at a U.S. Congressional hearing, he said, “I’m not here to talk about the past…” His silence meant a guilty plea.

Remember Marion Jones, the winner of five medals at the 2000 Olympics? Tim Montgomery, the former 100-meter record holder? Justin Gatlin, the Athens Olympics champion who, exactly a year ago, was stripped of his world-record because he failed a lab test?

END_OF_DOCUMENT_TOKEN_TO_BE_REPLACED 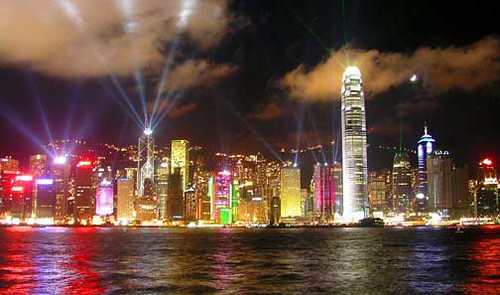 If you’ve ever been to Hong Kong, one question that will pop to mind after you land and hours after you stare at all the residents there is this: “How come there are no fat people here!?”

It’s true. In Hong Kong, their people are lean, slim, slender, svelte, sexy; they possess flat stomachs, 30-inch waistlines, and are nowhere near the obesity nightmare in the United States.

Hong Kong? Is there a statistic for under-weight?

Last week, for four days, I was in Hong Kong. I observed. I gazed at our Chinese neighbors. And here’s my conclusion: Hong Kong residents don’t walk. They never do. They run. They sprint. They rush from Point A to Point F to Point Q. The men? They walk faster than a robot being chased by a Doberman. The women? They clip their bags on their hips, press Start, and zoom!

END_OF_DOCUMENT_TOKEN_TO_BE_REPLACED

Apart from Sports, my other passion is Tech. I’m no Computer Engineer, didn’t graduate from a Computer Science course, but I love reading and following technology. I own a Treo 680 and Treo 650, a Macbook, a Compaq laptop, I surf the Internet daily and read all news about Technology and Apple. And if you ask me–or any other guy who’s into tech–who the two greatest men are in this field, I’d answer, within a nanosecond, Bill Gates and Steve Jobs.