Prior to his fight against Conor McGregor two weeks ago, I had never heard of the 30-year-old Russian.

Now, I’m a huge, huge fan. What he did seconds after he forced McGregor to tap and quit — climbing the Octagon and inciting a near-rumble — was absolutely bad. It was bad for UFC, bad for mixed-martial arts, and bad for himself.

But remove that post-fight brouhaha and you’ve got a wrestling and ground-and-pound champion our planet Earth has never seen.

Conor anticipated the plan of the 5-foot-10 Khabib. It was to fight horizontally, not vertically. Khabib’s goal was to trip him so Conor falls. But despite trying to avoid that scenario, Conor fell prey. The grappling prowess of Nurmagomedov is incredible.

Khabib’s grappling ability started at a very young age. Did you see him wrestle with a real-life bear when he was nine years old? You have to watch that YouTube clip. His father and coach, Abdulmanap, explains that crazy act that happened in 1997 in Dagestan, Russia.

“Firstly, a child always wants his father to see what his son is capable of,” his dad said. “It is a pity that there was nothing more interesting when he was younger. In the end, this was a test of character more than exercise.”

All his life, Khabib — who’s a devout Muslim and is happily married with two kids — trained to be a fighter. And that’s why he sports a 27-win, no-loss record. (His number of wins could have been more had he not succumbed to knee and rib injuries from 2014 to 2016.)

What’s next? It depends on the sure penalty and suspension that the Las Vegas authorities and the UFC will announce. The hearing is set this Wednesday, Oct. 24.

On the reported Floyd Mayweather, Jr. boxing gig, this is crazy. The Floyd-Khabib fight will net each person tens of millions. But no way that Khabib can win. His strength lies when he lies on the floor — not while punching.

My guess is that he’ll fight the 5-foot-11 California resident next.

“As a fight fan, you’ve got to go with Tony (Ferguson),” said UFC’s Dana White. “Tony had the belt, tweaked his knee, got stripped, this fight happens — Tony never lost the (interim) belt in a fight. Neither did Conor, but Conor got the opportunity to actually fight (Nurmagomedov). I think Tony deserves the next shot.”

Ferguson deserves a shot but he’s got no shot at beating Khabib. Which brings us to a rematch later next year with Conor, The Notorious. And if their UFC 229 encounter two weeks ago netted over 2.4 million PPV buys, this Part 2 will exceed 4 million.

The winner? Both. From a marketing and loud-mouth viewpoint, it’s the Irishman. But inside that 8-sided cage, it’s hard to grapple with “The Eagle” losing.

For my wife – whose business, the 47-year-old Centurion Security Agency, involves guns and strong men — the UFC is all-too-bloody. What Jasmin despises the most? “When they’re on the floor, hugging each other!” she says. “Not a pretty sight… watching two men embrace!”

Ha-ha-ha. But I enjoy the Ultimate Fighting Championship. Every time it’s broadcasted on SkyCable, I get stuck. It wasn’t always this way. Though I’ve been a boxing fan ever since the days of Hagler, Leonard and Duran, when I started watching mixed martial arts (MMA) on Balls TV a few years ago, I’d cringe. It was animalistic. Barbarous. My thinking: They’re going to kill each other! Someday, sometime, someone’s going to die from this sport! But, as Balls TV showed more coverage and as I watched St-Pierre and Silva and Machida and Jon “Bones” Jones, I watched more and more. 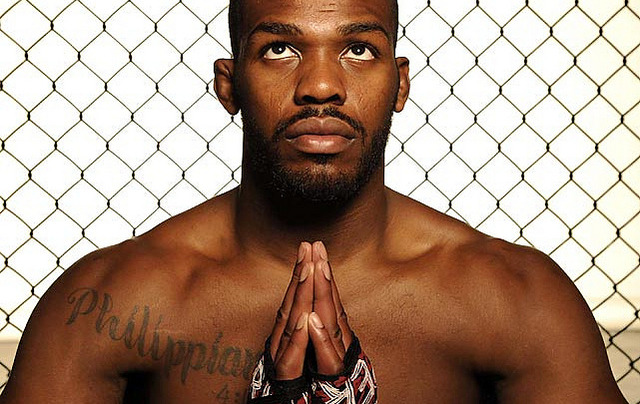 UFC is fantastic. It’s fast. It’s not as boring as the patsy jabs and uppercuts of boxing — there are dozens of styles ranging from muay-thai to jiu-jitsu to karate. And, while I used to think that MMA was much, much more violent than boxing, the opposite may be true: because the fight gets stopped quickly, the damage caused on one’s brain, for example, (after repeated pounding) is less.

For the first time — last January in URCC Cebu 7: Bakbakan Na! — I watched an MMA fight live. It was at the CICC. In an article I wrote days after, I commented: “With its ruthlessness and savagery, it makes boxing look like a ballet recital… boxing is noisy and full of energy—but you ought to see the URCC… It’s today’s Gladiator. Heavy metal music blasts off the speakers. A live band head-bangs. Everybody.. drinks beer… the spectators… they’re younger, wilder, louder and more sadistic than the ALA Boxing audience.”

My verdict? Excluding, of course, Manny Pacquiao and our Cebuano boxers from ALA, I choose to watch UFC over boxing. There’s a major fight almost each week. Last week it was Silva vs. Bonnar; a few weeks later it’s St-Pierre inside the Octagon and, weeks after, there’s Henderson-Diaz and, next, Dos Santos – Velasquez.

UFC is easy to follow. After UFC 218, there’s 219… and so forth. There are no WBOs or WBCs or IBF or WBA. There’s no confusion. Light heavyweight champion? There’s only one: Jon Jones. Middleweight champ? Anderson Silva. Welterweight? Georges St-Pierre, the friend of Pacman who also trained under Freddie Roach. 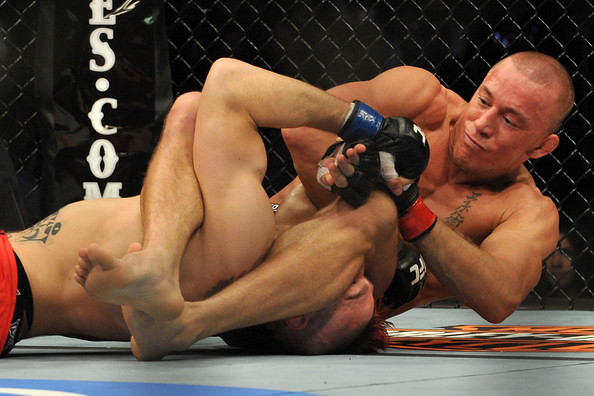 Boxing? Too many names, too many divisions, too many champions. Don’t you get confused? (Back to that trio of Jones-Silva-St-Pierre, imagine if they all somewhat met in the middle and fought? Jones against Silva or Silva-St-Pierre… that would be the greatest fight in UFC history.)

Money. That’s another reason why UFC beats boxing. Though they’re as famous as their boxing counterparts, the UFC fighters earn only hundreds of thousands of dollars compared to the tens of millions by Mayweather, Pacman, etc. This thirst-for-money issue is why Money will not fight Manny. Mayweather is demanding $50 million plus-plus for one fight. Crazy.

With UFC, maybe because Dana White, the owner, has complete control over his fighters, he’s able to dictate who fights who. There are no I-won’t-fight-you-unless-I-earn-$20 million issues. It’s always “Bakbakan Na!”

Lastly, the undercards. In boxing, the undercards in Las Vegas world title fights are lousy. Everybody is focused on just the Main Event. Haven’t you noticed the empty seats in MGM Grand just 60 minutes before a Pacman fight? Nobody wants to watch the nobodies. Not in UFC where almost every undercard fight is thrilling.

My point: Boxing has to innovate. It’s the turntable (plaka) in the era of iTunes, the Hallmark cards in this age of Facebook; it’s Barry Manilow versus today’s Pit Bull.