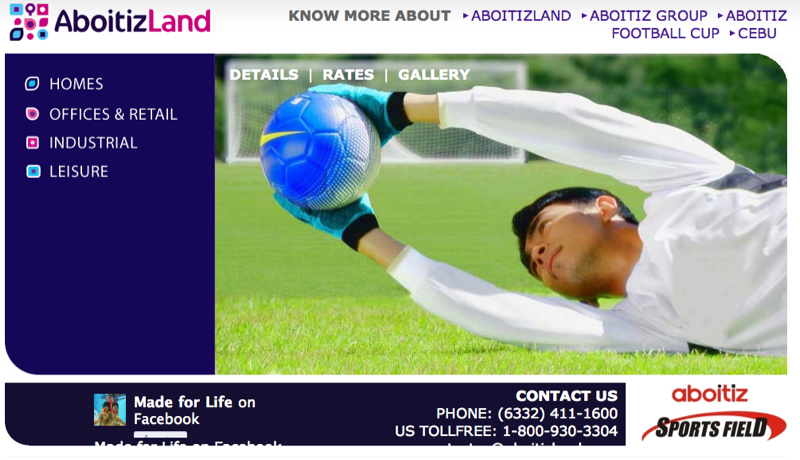 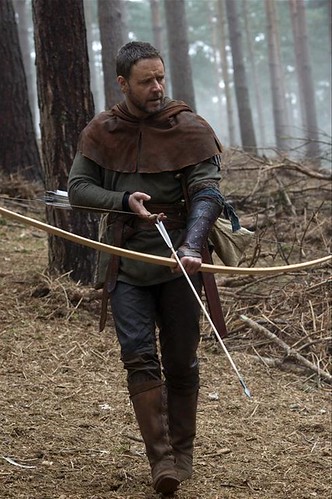 Robin Hood, starring Russell Crowe, lands in our cinema screens this May 14. But, prior to the movie’s blockbuster arrival, we can all watch real-life, in-the-flesh Robin Hoods in action.

It’s called the 1st Cebu Archery Open and, from Thursday until Sunday, we’ll all be witnesses to this skillful art of propelling arrows with the use of bows.

Archery, as we’ve seen in archaic movies, has been around forever. The earliest use of a bow, according to Wikipedia, dates back to 10,000 B.C. Fast forward to Robin Hood, who’s become the poster boy and heroic figure shooting a bow-and-arrow. 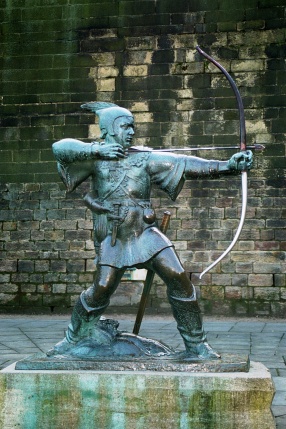 Here in Cebu this weekend, thousands of arrows will stab the Mandaue skyline as the tournament unravels at the Aboitiz Sports Field.

How big is this contest? It’s the largest of its kind in Cebu.. in the province.. in Region VII.. in the entire country. “Yes, it looks like the biggest event in Archery ever… in the Philippines. We did not expect it to get so big, but it shows a high level of interest plus the drawing power of Cebu.”

Who spoke those words? Gordon Alan P. Joseph. Known to everyone as Dondi, he’s the president of the Cebu Archery Club. Dondi is influential and prominent in our land. Apart from being the owner (and wine connoisseur) of Darras + Bowler and the CEO of Philinsure, he’s often on these newspaper pages as the president of the Cebu Business Club. (As to his looks, according to my wife Jasmin, he resembles Pete Sampras.)

Dondi started archery with his son in 2004. Does his studying in La Salle, there from elementary until college, influence his passion for archery (thanks to the La Salle Green Archers)? “Of course that had an effect! The interest was always there,” said Dondi, a former president of the local alumni chapter of De La Salle University.

Of archery in Cebu, “We incorporated four years ago and just kind of chugged along till Dondon Sombrio became the mainstay of the Philippine Compound Bow Team,” he said. “The archers have been quietly practicing in the open space of Holiday Gym & Spa in Banilad, who kindly lent us the space. Dondon called a meeting earlier this year on his idea to set up a tournament and get it accredited by the National Archery Assoc. of the Phils. as one of its qualification events for the RP team. Our intention was that this would be ‘practice’ for a full blown international tournament next year. We planned on 100 archers.”

One hundred participants? That figure has ballooned to 175 archers and the event has become the biggest in the Philippines. “We have participants from Tagbilaran, UP Los Banos, Liloan, Mandaue, Dapitan, Bacolod, Cordilleras, Manila, CDO, Dumaguete, Mandaue, Talisay, Cebu City,” said Joanna Fajardo-Salazar, who’s one of the key organizers. 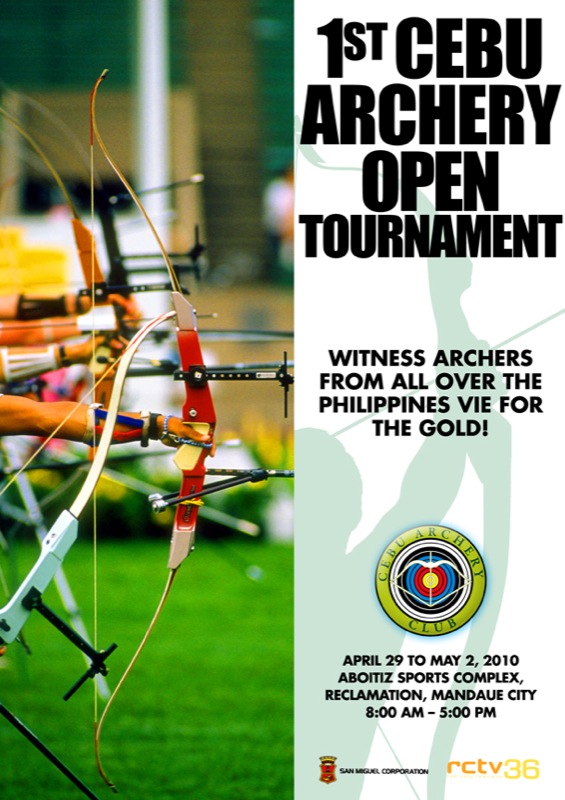 “Archery is one of the top eight sports that the POC and the PSC are focusing on to develop medal winners,” adds Dondi. “Archery is important to the Philippines and if you are committed and good enough, it is one of the best ways to be an RP athlete. Can this sport give our nation its first-ever Olympic gold medal? “It can be, provided we can set-up the right range facilities,” said Dondi. “The Cebu Archery Club is working on this. We want to develop top Filipino archers.”

When I asked if he purposely chose this weekend to nearly-match the Robin Hood film, Dondi replied, “Hahahaha! Purely coincidental but great nonetheless!”